It is very difficult to find help when you are poor. Sure it seems like there are a lot of programs out there to help with all kinds of things but the thing that most poor people know is that it’s a gamble to see if any of them will actually help you. You can go in to a place  and tell them that you are in the exact situation that they say their program is for, they hand you tons of paperwork, you fill it out and then they tell you you do not qualify for their services. This comes after you’ve spent an entire day in their waiting room that stinks like someone pees in the corner regularly. It happens to poor people day after day, program after program and it’s frustrating and humiliating.

I was used to this happening when I was poor, so I was not surprised when the nurse at Planned Parenthood told me that I would have to pay for my yearly exam when I told her that I didn’t need birth control because my tubes were tied. It was just one of those many loop holes that places like that have to not have to help. I still owe Planned Parenthood money, it’s on my credit report.

When I became pro-life I thought about all the services that Planned Parenthood offered and wondered what the other options were. I learned about NFP vs birth control, I came to see abortion for what it is: the ending of an innocent life but then I thought about sex education, who was going to do that? I was sure that it needed to be done and I didn’t really see Catholics doing it. I still don’t really see that. In fact, my fellow Patheos writer Elizabeth Duffy wrote a beautiful blog post about sex and the Catholic crazy came out in full force in her comment section. My question to these folks is how in the hell can you be pro-life and be scandalized by sex? That’s kind of how babies are made. Sex is a beautiful thing, for Catholics it’s Sacred and a Sacrament between a man and a woman who have a Sacramental Marriage. Talking about it is a good thing. Anyone who thinks that God is a prude should just go read The Song of Songs, it’s a book in the Bible.

Babies and sex are connected and both the prude and the hedonists seem to forget this fact.

This week the CDC released this crazy statement warning women who are fertile and not on birth control to avoid drinking alcohol at all. Ever. There are so many issues with this and women from all political stripes have joined forces to say so all over social media. You can read Simcha Fisher’s article here and Jenny Uebbing’s here, they are both fantastic and pretty much sum up all my feelings on this. The thing is, if the CDC cared about women’s health, why would they suggest that women take a Class 1 Carcinogen? Studies have shown the risk of cancer from prolonged use of artificial contraception. Seems like it’s a push for birth control. But that seems crazy right? Well…. yesterday another study came out that says poor women in Texas are having more babies since abortion clinics have been closed down. Cosmo even tweeted about it….(They have since taken the tweet down, but New Wave Feminists took a screen shot)

1. I have been told over and over again how abortion has nothing at all to do with babies. So how is it that closing abortion clinics is causing more babies to be born? 2. Planned Parenthoods are still open in Texas, even ones that perform abortions are open. The three in Austin are still open. You can find their websites here and here and here and see that they are still giving out birth control and performing abortions. 3. Could it be that maybe Texas women saw the news coverage about HB2, the law that made abortion clinics safer and thought that  abortion wasn’t the choice they wanted to make? No, because women are stupid right? Just ask the CDC! 4. Has anyone asked these women if they regret their children? Both puritans and hedonists use fear and shame to get women to either not talk about sex even though they are expected to be open to life or to not engage in it without making sure there are no babies created by it. Women are smart enough to decide for themselves whether or not to be on birth control, whether or not to drink, whether or not to get an abortion. And enjoying sex isn’t unladylike behavior. Women want to be loved by the man that we give ourselves to and so many of us have given up on that dream. I know that I lived a lot of years thinking that having a man love me the way that I was dying to be loved was never going to happen. I gave my body to plenty of men (and a few women) who didn’t deserve a minute of my time just for a few minutes of feeling wanted. The teachings of the Catholic Church helped me to see what the truth really is, that we are created to be united to an other in communion, one of those ways of union is with our bodies. I began reading the Catechism of the Catholic Church on marriage and love and then went to St. John Paul II’s writing on love and human sexuality and what I found was exactly what I had always longed for about love, sex, marriage and children. It was the best sex education that I’ve ever found. 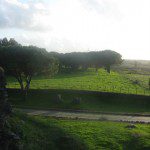 February 4, 2016
RISEN: A Movie about Searching for the Risen Christ
Next Post 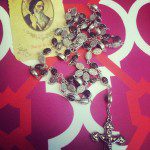