Not this Again: Protestants Still Protesting 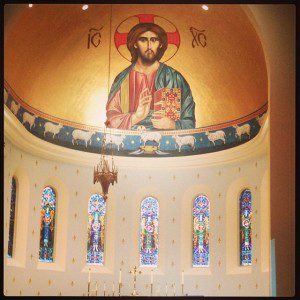 I went to a Baptist Church on my own from the age of 8 until I was 14. I began by going to Vacation Bible School with a family friend and then before I knew it, I was walking there by myself every Sunday and Wednesday. I met my husband there, we had our first kiss on the steps of that church and we made up in the baptismal font which I had been baptized in (twice, but they weren’t really baptisms because I had already been baptized Catholic as a baby. But that didn’t stop anyone in the Baptist Church and after that, I was baptized once more in the Pentecostal church. I got that base pretty covered.) and years and years later, he proposed to me on those same steps.

I will always be thankful for everything I learned about Jesus at the First Baptist Church.

When I was young, St. John Paul II was in San Antonio and I remember my youth minster talking about how Catholics were not Christians and that the Pope was the Antichrist. I believed him. Of course I did, I was a kid and he was my youth minister who knew way more than I did plus I trusted him. From that point on, I began to be very anti-catholic. I wanted nothing to do with it at all. I accused my family of worshiping Mary, of being a part of a cult, of being blind sheep and all the typical anti-catholic rhetoric. I even refused to kneel during communion at my grandmother’s funeral mass. Rude.

I know all about what Protestants have to say about Catholics. I can’t believe that in the age of the internet that so many still hold anti-catholic views. In fact, I try to pretend that that doesn’t exist and we are all united in Christ singing songs around a camp fire. Then someone writes an article titled “Why We Don’t Consider Catholics to Be Christian” and well, I can’t ignore it. I was going to ignore it because I have a lot of homework to do and on of my priests will be here for dinner shortly, but then I read it…. so now, I’m mad.

Catholics don’t just proclaim Jesus as Lord once in our life either. We do it ever time that we go to Mass or confession or celebrate any other Sacrament. That is what the Sacraments are. We don’t just go to a very interesting service to get fed by an hour long sermon either, we go to be fed by the Body, Blood and Divinity of Jesus Himself who is truly Present in the Eucharist. When we go to Adoration, we sit in front of Him and talk to Him to His Face. We are so Christian that our entire self worships Him at Mass: our minds, souls and bodies (kneel, sit, stand yada yada yada). Everything in our life is centered around Christ: what we eat, when we eat it, when we fast, when we feast, which saint we honor on which day, which saint stalks us, how we celebrate babies being born, when we get married, when we die, when we clean, when we cook and every single every other second of our lives is us saying “Jesus is the Lord of my life”. No, we aren’t always great witnesses of a holy life, but no matter what, our Christianity isn’t something we just wear when it’s convenient. Our Christianity is our way of life, all day erry day. We are soldiers for Christ. Don’t believe me? Look up the Early Church Fathers and martyrs. Read about our Saints. Read their own words and love for Christ.

When it comes to Justification, there is a lot that Catholics and Protestants agree on. In fact, Lutherans and Catholics released a Joint Statement on Justification.  I highly suggest that everyone, Catholic or not, read it. Go read the Bible verses that it references. Pick up a History book while you’re at it too and figure out exactly when each denomination began and when the Bible was put together and which denomination is responsible for the Canon of the Bible. Don’t believe what you are told, research it for yourself. Don’t have WiFi? Then how are you reading this? Exactly, if you can read blog posts, then you can research the History of Christianity.

There are so many other things that I can say about that article but it would require me to keep reading it over and over and I just don’t have time for that. Plus it makes my head explode every single time I read it.

The bottom line is that we all believe in Jesus Christ, the Son of God who died for our sins so that we might be saved and live with God forever. That belief makes us Christians and when people want to kill Christians, they do not care about our theological differences at all, all the they are about is if we believe in Jesus, the Son of God. If you want to argue about who is or isn’t a Christian, then maybe you should visit places where Christians are hunted down and see if your theological conviction matters one bit to those hunting you down. Let me know how that works out for you, until then my Catholic ass will be following Jesus side by side with every other Christian, Catholic or not. 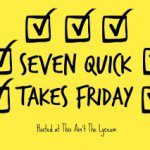 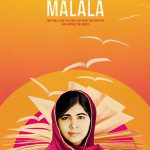 Fifty Years Ago, If a Guy...
Steel Magnificat
Related posts from Through Broken Roses