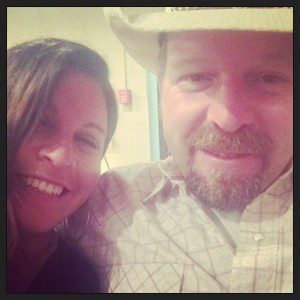 I have been watching Scandal and other Shondaland shows for a long time wondering what exactly is it that people have such an issue with. I mean, I know why people have an issue with them, but at the same time I don’t get why there is shock that our culture is producing these kinds of shows with this idea of what it means to be a woman in this time in history in the United States.

What I realized is that most of Shondaland shows promote this idea of female empowerment that I know for a fact is a lie and is rooted in mistrust, lack of love and in deep rooted pain. I began to see it a few months ago when I saw my old self in the main characters.  I watch a lot of TV and I see it everywhere, women who are broken and rebuild themselves as strong empowered women who refuse to be a victim of men by using others to protect themselves from ever being hurt again. Been there, done that in real life.

At one point in my life I sat in a bar where 4 of the men I was sleeping with were standing next to each other with no clue that they were all buying my drinks as I laughed at their stupidity with my friends. Two of those men would have killed me if they had known. Literally, killed me. Instead of scaring me, it made me feel powerful that I was fooling these two dangerous men. Too bad that sense of power was superficial and fake. At the end of the night I still ended up unloved and alone, even if I refused to examine myself long enough to actually see that. I kept lying to myself that I was an empowered modern woman who didn’t need the love of a man to be happy. All as I bent over backwards trying to get any man to love me so I could be happy. What a paradox.

I was talking about binge watching Scandal over Christmas and someone suggested that I check out Madam Secretary, which is written by a Catholic and is a political drama. I began binge watching it a few months ago and I am hooked. The depth of the writing and the constant challenge to think deeply about feminism, the dignity of the human person and ethics is amazing. The main character, Elizabeth and her husband Henry are in a marriage built on trust, love, equality, support and pretty much everything that everyone wants in a marriage even if they say they don’t. They disagree, argue, make up, support each other and the wife is the one who works long hours. The husband isn’t a doofus who can’t deal with the kids or life without burning the house down. He’s a capable human being! What a crazy thing to be shown on TV.

This got me to think about what authentic feminism is. It isn’t about gender roles, who works, who cooks or who kills the bugs in the house (pest control joke!). It is about being comfortable in our skin as women. Being ourselves, being able to live a life in a marriage with a man that isn’t codependent or objectifying for either spouse. A grown man, not a man child who we treat like just another person that we have to watch so he doesn’t put a fork in the electric socket.

My husband doesn’t need me to be totally helpless to validate him and I don’t need to do everything alone to validate myself. Things here are not 50/50, they are 100/100. We work together to make a life, to love each other, to forgive each other and to care for our family. Each of us with our gifts and talents puts in 100% in the work of our marriage to raise our children and grandchilden to the best of our ability. I am freer than I have ever been. I am not looking for ways to get the most out of my husband or trying to build enough defense against being hurt. I know he will hurt me and I will hurt him, love between human beings comes with pain. God’s grace heals it when it comes. I trust in that.

Authentic feminism is the freedom that I have to be myself as a wife, mother and grandmother, without worrying about doing it the way that everyone else is doing it. It’s also not about having to make sure that I let the entire world know that some men are jerks, and newsflash: so are some women, that has nothing to do with gender and everything to do with human beings being human beings. I don’t care what your sex is, if you talk to me like I’m an idiot I am going to stand up for myself and make sure that you know it’s not ok to talk to me that way. Authentic femininity is not about putting down the male gender to raise up the female gender. That makes no sense to me and just comes off as perpetual and annoying self- victimization. I was raped by a man when I was 5 years old which then caused me a lot of pain, but never will I hold the entire male gender responsible for that.

I won’t refuse to cook dinner for my family out of some sense of feminism that says I can’t serve my neighbor, starting with the ones who live in my house that God has given me to care for. I also won’t be a doormat for them, or anyone else by thinking that I am the only one that is responsible for feeding them. They are capable of figuring out how to make a sandwich.

And for the record, I don’t want to have it all. I was a single mother for a very long time and trying to do it all, have it all and be all the things made me very angry, tired and a real bitch to tell the truth. I am thankful for everything my husband does for me, including kill my bugs. Living in my life and being thankful for it as I support and help those around me is what makes me feminine, not because it’s my “place” but because I am a Catholic woman, and that is how we roll. Just ask the Blessed Mother, the Queen of Heaven. The partnership between men and women is how Salvation came into the world in Jesus, both Mary and Joseph gave themselves to that mission, neither of them complaining about gender roles. Maybe we should follow their lead.

My husband does not complete me, but he does make me whole, not because I need a man, but because this man loves me as Christ loves His Church. That to me is what authentic feminism is, being able to allow another person to make us whole without losing ourselves but standing fully in our dignity as women. 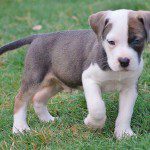 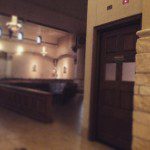 If You're Angry About the Looting...
Steel Magnificat
Related posts from Through Broken Roses