So you know how the Pope released a document about how to love each other in a family and stuff? Well, you know how I’ve been trying to read it since the minute that it was published? I still haven’t.

My uncle is in ICU so I was with him for a few days, then when I got back my oldest son went to go see him so I watched his kids while he went. I have no clue how you ladies with small kids get anything done because all I could do was keep them alive, fed and entertained. I never really stayed at home with my kids. Some would argue that I never took care of them, but that is a whole other bag of worms. My youngest is 14 so it’s been awhile since I took care of a 2 year old and a newborn. Mommy bloggers, you have my respect. I barely make it.

So then yesterday I began to work on my homework, including a research paper that is due at the end of this week, then I cooked dinner and watched TV with my husband who is leaving for a retreat for the rest of the week: no time to read the rest of Amoris Laetitia.

Today I was ready to tackle it after I working on my memoir for a little bit and ate lunch. Then my oldest son’s girlfriend asked me if I could look for her make-up bag because she couldn’t find it and thought maybe my daughter (the only girl of all our kids) had it. I thought to myself that it was so rude for her to think that, especially since this child looked me in the face and told me she didn’t have it. But I went in search of it just in case.

Our house is two story and on one side is our bedroom and bathroom and on the other side are the kids’ rooms and bathroom. I try not to go on that side much because it’s gross, but I thought they were keeping it up, even if it was just at teen level. Now, let me break this down for ya’ll, the kids who live on that side of the house are 14, 16, 17 and then the adult who is 19 1/2. So it’s not like I expect little tiny kids to clean the bathroom, these are big kids, teens and a freakin’ adult that we are talking about. The 16 and 17 year old work, so I know they can do small tasks like pick up the bathroom and their rooms.

I walk into the bathroom to find 1. The make-up that was stolen and 2. A bio-hazard.

I bleached it down so much that the reason I’m sitting here writing this is because I had to take a break from the bleach before I passed out. That’s how gross it was. I found the source of flies that have suddenly started flying around in the house in the last couple of days, it was not pretty. And I’m pissed.

This is what being in a family is like. Who has time to read about how to love these crazy people when you are busy grounding them, cleaning their nasty bathroom, yelling at them to clean their damn rooms before you cut off the WiFi and trying not to drink the whiskey in the liquor cabinet?

Maybe I’ll get to it tomorrow. 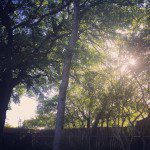 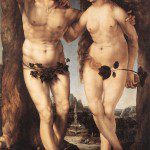