I am off of work today after getting up at 6am since last Sunday for training. Every single day. I know this isn’t a big deal for a lot of women who do this daily and blog and raise kids and are pregnant, but it’s a big deal for me because I haven’t done anything but write and cook dinner for that last 8 years.

I was so ready to sit in bed and drink my coffee while watching the news until I was ready to get up to go get breakfast tacos with my husband (who I haven’t really seen all week). My plans for the day after that were to do homework until it was time to go to confession and go to Mass today so that tomorrow can be a calm day of rest since I’m off then too. Those sound like lovely plans right? I know.

Guess how this morning actually went down……it was worse than whatever you are imagining.

As I sat in bed with my cup of fresh coffee made with cream and sugar by my husband, my dog barfed all over my bedroom floor. Then there was a power surge and all the lights in the house went out and turned back on resetting everything as I’m cleaning up barf. That power surge convinced me that our electric in the house is messed up and a fire will break out any minute and burn the house down (I am one of those people who always senses doom around the corner and in my defense, a lot of really bad stuff has happened to us the last few years!)  One of the kids was knocking on the door complaining about the WiFi not working as I was realizing that my dog also has the poops. Dogs with the poops is the worst! You never know what is gonna happen the rest of the day, it could go from bad to nightmarish pretty fast.

Finally all that got squared away so my husband and I made a run for it out the door to go get breakfast tacos.

Breakfast tacos in Central Texas are like the foundation of any good relationship. You know that you are in love when you wake up with a plan to go sit in a line that is 15 cars deep to get them. It’s a thing. It might be just me and my husband’s thing, but from the line of cars around the building on the weekends, I’m gonna say that it’s lots of people’s thing.

As we are sitting there talking and laughing about the car in front of us having 45 bumper stickers on it we decided the guy must really have a message to tell us about something and then a car pulls up next to my husband’s open window…..

I didn’t know who it was at first and then I sat up a little more to look over to look over and then I saw who it was an almost barfed. It was his ex-wife. Saying that I don’t like her is an understatement. I won’t really go into details on why I consider her to be the devil’s personal assistant because really, you shouldn’t base your opinion on her character on my dislike of her, but let’s just say her name is #1 on the list of people that I can’t stand to be around. Ever. Under any circumstance. There is a lot of people on that list ya’ll, so being #1 means something.

That really was the straw that broke the camel’s back on the worst morning ever. Well, not ever, because I have woken up after someone I love has died, but a morning where everything seems to be going wrong and totally not the way that I planned it to be.

I came home and thought about what God was trying to tell me or teach me or get me to understand because really, these little irritations in life are all capable of making us holy if we look at them as steps to heaven. Suddenly, I knew.

A few weeks ago Joanne McPortland wrote this article on Aleteia about enemies. I love Joannes’ writing so much because it speaks to me in a way that not a lot of people do. She doesn’t shy away from admitting her faults and explaining how she struggles too and then laying out the wisdom that she has learned from those struggles. She has told me about this article before it was published and when it made its way across my newsfeeds and timelines I skimmed over it. Then I put my handy dandy shit list to the side and pretended that I didn’t have one or that it wasn’t an issue that I needed to worry myself about at the moment. Apparently I threw it in God’s direction and He picked it up….

Ignoring my enemy list worked until the first person on that list rolled up on me in line while I waited for breakfast tacos.(I can’t put into words just how much I love breakfast tacos on Saturday morning and how much seeing her face ruined that happiness for me, I am tremendously bitter about it.)  Looks like I’m gonna have to look that article over and make myself another list as I examine my conscience before going to confession today.

They say that when you make plans, God laughs. Well, it’s usually pretty obvious to see when God is laughing at me, not because He likes making me do things that I don’t like for His entertainment but because in His Love and Mercy, He doesn’t ever let me fool myself into believing that I am no longer in need of being a better version of myself. Even if I grumble about it, which I always do because I’m stubborn and prideful. 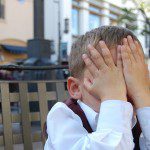 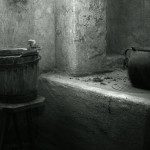 August 1, 2016 Lawd, This Election
Recent Comments
1 Comment | Leave a Comment
Browse Our Archives
get the latest from
Catholic
Sign up for our newsletter
POPULAR AT PATHEOS Catholic
1

Introducing Veronica Roltgen: You're Not A...
The Shoeless Banshee: Meanderings Beyond the Pale
Related posts from Through Broken Roses