I have had this book, Daring Greatly by  Brené Brown on my nightstand for months now. It sits along with How to Be Holy by Dr. Peter Kreeft. I haven’t read the Brene Brown book. I felt like I wasn’t ready for it because I have a lot of fear in my soul right now. That fear created this huge ball of anger in me that made me not give a shit about being holy anymore. Which is why I haven’t read Dr. Kreeft’s book. Not that I don’t think I need to be holy, but just that I don’t feel like I am strong enough to endure all these struggles.

I figured that the first thing I needed to tackle was my fear. I say that I fear being alone in the world, but it’s more than that. I fear losing the fight. What fight? Well, every.fight. I have been fighting all my life. Fighting to get over being abused, fighting my mom, fighting myself, fighting bullies, fighting people who thought I couldn’t be a 16 year old mother, fighting boyfriends and my first husband, fighting the hole in my heart to be loved by a man and fighting to get out of bed every single day to fight whatever bullshit life was going to throw my way. There’s always something.

I knew that Hallie Lord’s book about Fear would be coming out soon so I waited. From the time she announced the name: On the Other Side of Fear , to when she shared what the cover was going to be, I knew that I needed to read that book. I love Hallie. She is a friend in real life that gets random texts from me freaking out about something, so I knew that she would write something incredible and then I could get to those other two book because Hallie would give me wise words to help me conquer this fear.

While waiting for Hallie’s book to be on sale I bought Ronda Rousey’s memoir on a trip to Barnes N Noble. I put it on the shelf and forgot about it like I do most books…. (sorry books!) But something told me to pick it up a few days ago. I am not in classes (which I bombed anyway) and I could enjoy reading something that was not Catholic.

I began to read the story of how this person became one of the world’s best MMA fighters. I was not expecting to relate to her at all but I did. I think that I’m as strong as her when it comes to dealing with life and keep dreaming even if I’m not as strong as her physically. But I see that as attainable after reading her book! It was like the best pep talk that I’ve ever heard.

First, let me just warn you. If you go read her memoir and complain to me that there’s nothing remotely spiritual in it for you, you will only prove you didn’t read this warning. It is not a Catholic book. She was raised Catholic but this isn’t a book about how she found Jesus. It is a book that maps out how to become a saint, in my opinion, but that’s my opinion and there are a lot of fbombs in it. And she talks about hurting people. So, if that will scandalize you, just take my word for it. To me this book is the best manual on how to train to fight the devil that I’ve ever read.

She lays out how she fought hard to survive while trying to get into MMA, her workouts, how she sees her opponents and how she sets herself up for a fight. St. Paul often used combat imagery when talking about fighting the evil one for a reason, people understood that. Ronda writing about how she sacrificed, fasted, took hits, and suffered to win a fight helped me to understand why St. Paul did that. Life is a battle/fight. No matter who you are, you are battling something: addiction, low self-esteem, paying bills, something. Rousey talks about her fights both in the Octagon and in life. She explains that what people think of as arrogance is just her believing in herself. She wrote it before her loss to Holm but that only makes it better for me because the next book will be even better. I have no doubt that she will come back even better.

That is what I fear the most: suffering. I do not think that I should have to suffer at all to follow Christ. I think that is unfair and I whine about it. I complain about every single struggle that comes my way instead of using it as a way to get stronger and closer to God. Reading Ronda’s book showed me how those struggles make us capable of fighting.

Mother Teresa, who will be canonized this weekend, was a great example of someone who suffered for Jesus and fought the good fight. I have loved Mother Teresa since before I ever even thought about becoming Catholic. I had a picture of her next to my bed that I looked at every day to remind me of my dream to help underprivileged kids. I have always wanted to help the poor and be like Mother Teresa, I just never considered becoming Catholic as a part of it! I know for a fact that she has had a hand in me being Catholic and my burning heart to be a missionary among the poorest of the poor in this country right under our noses.

We do have the poor and oppressed here. I might not agree with the actions of a Quarterback sitting during the national anthem, but the fact is, we live in a country that gives us the right to protest peacefully to make a statement about something we believe in. That’s American. We can love this country and at the same time acknowledge that there are still problems. Telling people to shut up, get in line or go somewhere else is not American. It’s not Catholic either.

Mother Teresa wasn’t shy about politics if it meant helping the poor which was a mission that God gave her. There was once a cease fire that people thought was impossible because she insisted on going through bullets to save disabled children stuck in the middle of the conflict. She was about to go through the war zone when she got word that there would be a ceasefire for her to go in safely. She literally stopped a war long enough to do what God asked of her because she was fearless.

If a man thinks that by sitting during the national Anthem, he can bring attention to the oppression of the dignity of fellow human beings, then I admire that. How many of us aren’t doing anything or taking any risks for what we believe in? How many of us are scared of the fight against evil? Even those of us who talk and talk about what actions are  evil but never actually get our hands dirty to love those who are stuck in the middle of the conflict between good and evil? The time for talking is over my friends. A time is coming when we will no longer be safe in our parishes during Mass. There are already priests being killed and attacked with axes while saying the Holy Mass. Evil is being loosed on this earth, if you don’t see it, watch the news.

At some point if not already, being Catholic will cost us. Not just talking about being Catholic, but actually being Catholic. We already have people losing jobs because they refuse get in line and be Republican cheerleaders and pretend Trump is anything remotely pro-life.

Are we ready for that fight? If not, then it’s time to start training for it, because it’s coming.

Mother Teresa Pray for us! 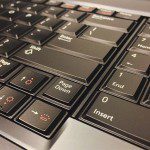 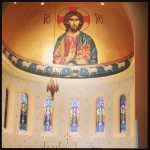