I am Pro-Life, I voted for Hillary

My original plan for today was to drink and wait for Jesus. I was not going to vote. That quickly became my life plan and my election day plan was to go to adoration and wait for God to send me an angel if He wanted me to vote for either of these two crazy people and if He didn’t then I was going to write in a third party guy. After that I was going to go buy a bottle and start drinking. I wasn’t wrestling with that decision but I wasn’t happy about it. This is America, we celebrate the right to vote, it shouldn’t feel like we just dumped a bucket of crap over our heads.

I went to bed praying for God to send me a sign if He wanted me to vote for either Trump or Clinton. He did not do that. God did what He always does, He told me that I was capable of making this choice on my own. I am not stupid, I know my faith and I am capable of looking at the big picture. And like in all other choices in my life, He will love me even if I make the wrong choice. He has kind of left a little room for error when it comes to us human beings and our ability to screw things up.

This morning when I woke up, I thought about all the arguments in my head. I looked at the big picture. I replayed all the reasons people gave for voting for Trump. I read many of my friends talk about those reasons. People I know and love and respect and whose choice to vote for Trump came with a cloud of doom. I sat alone with Jesus and I laid them all out at His feet.

Every argument made about voting for Trump can be used to vote for Hillary:

He’s not perfect, we aren’t voting for Pope, we are voting for a President. Same goes for her.

On the tape of him disrespecting women: well, that was in the past, he has apologized. The same goes for Hillary on every single issue that I have with her (minus abortion). In fact, she has taken more responsibility for the private server and Benghazi than Trump has on anything. He never takes personal responsibility for anything he does. It’s all someone else’s fault and he’s justified in his actions.

Supreme Court Justices: Many have said that they are voting for Trump because of SCOTUS seat(s). Well, I happen to understand how Justices get appointed and it’s not with a swift wave of a POTUS wand. So, this argument doesn’t hold water for me.

Beyond these arguments is what I have seen a Trump campaign do to people. Maybe some people can ignore the sheer amount of ugly that Trump brings out in people, but I cannot. I have seen good people become completely blind to racism, sexism and blatant disrespect of the dignity of the human person because all they can see is abortion. Abortion has become a golden calf. I see it and I see people like Fr. Pavone use a dead child as a political prop to convince people to vote for Trump and all it does for me is convince me that Trump brings out the worst in people. We are no longer shocked or distressed about abortion, we are now using the most extreme language callously for talking points and making videos with dead babies. We have become what we hate: people who dehumanize the unborn for our own agenda.

Then there is just pure politics. I thought about who I, as an American, want to get off Air Force One when meeting with leaders of other countries. It’s not Donald Trump. He can’t even speak in complete sentences. I have yet to listen to one thing he says that makes sense. I’ve seen things in writing that lay out his ideas make sense, but he can’t articulate any of those things when he speaks. Who do I want to speak for me out of these two? It’s not Trump.

In the end I had to ask myself who did I really think would be better suited for this job out of Trump or Clinton and the answer is Clinton. My conflict was not from a fuzzy conscience but from what I was scared of if I voted for her. I didn’t want the backlash from the Catholic community. I didn’t want to let down people who support me by voting for her and I didn’t want to face the countless emails, comments, tweets about how I am evil, not a good Catholic, not a good Christian, a demon, a dirty Mexican or the other countless insults that I have already had hurled my way during this Election (all thrown at me by Trump supporters by the way). But that is just not how I work. I am true to myself and my conscience and I’m honest about my choices. I am not scared to go against the crowd because people won’t like me.

I am not voting for Hillary because I am pro-choice. I know that abortion is the direct killing of an unborn child, a person who has a right to have his/her life protected. I know that a Clinton presidency will mean a hard fight against abortion. I am willing to roll up my sleeves to be a part of that fight. I will also fight for the rights of the poor, the immigrant, the prisoner and the dying, just as my Catholic faith tells me to.

I am convinced that this election is a sign for Catholics that we need to teach our faith better. People are using the Catechism as a weapon without even understanding basic Church teaching. We have a priest so obsessed with the issue of abortion that he stood in front of an aborted child endorsing a political candidate for 44 minutes. We have parishes putting inserts in bulletins saying voting Democrat will send you to hell. We are a hot mess as an American Church. We need to get our shit together.

So there you have it. I voted for Hillary freaking Clinton. As a Hispanic Catholic pro-life woman, I just could not vote for Trump who has insulted every single one of those groups. I am at peace with my decision. I respect the choice everyone else has made in this horrible election. I hope we can all come together after this and go back to working together to build the Kingdom, which should always be our first priority. God have mercy on us.

**Ps I voted for Rubio in the primaries. This could all have been avoided if the nominee had been anyone but Trump. 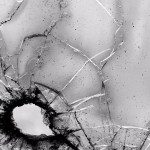 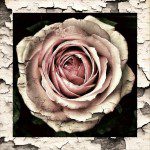 November 10, 2016 The Election, Failure and Where to Go From Here
Browse Our Archives
Follow Us!

Sanctus: Joining In Praise With The Angels
Sanctus:  Holy, Holy, Holy The Eucharistic prayer is recited after the angelic...
view all Catholic blogs
Copyright 2008-2020, Patheos. All rights reserved.