The Election, Failure and Where to Go From Here

The Election, Failure and Where to Go From Here November 10, 2016 Leticia Adams

It has been a crazy 48 hours since the election results came in and Donald Trump was announced as our president-elect. I did not see this coming. I voted for Hillary Clinton, not because I wanted her to win but because I was sure she was better for the job and was going to win anyway. I considered it the best way to stand against what Trump stood for. I was prepared to fight against what she would come with. I was not prepared for him to win.

I am hurt. I am trying to figure out what I am really feeling and what is the best way to move forward from here.

We are all failing. I am looking at Twitter and Facebook and I am seeing a lot of failure. People dismissing the feelings of minorities and minorities dismissing the feelings of those who voted for Trump but aren’t racists.  I see a lot of people failing to see exactly how thinking Trump said racist things matters and it’s not just a narrative fed to us that he’s said racist things, we actually heard him say them. Some of us have been targets of racial slurs. I got an email saying that the Church will be better off when I am deported soon. Um, to where? My family line goes back to the Spaniards who settled here way before a lot of other people’s families migrated here. Not to mention the part of my heritage that is Native American…. So yeah, I am already where I belong. When people tell me that there is no spirit of racism as I read these emails, I wonder if we live in two different worlds. There is  failure on all our parts to hear one another.

I don’t have an ideas on how to fix it…. I am trying my best to just not add to the noise, anger and snark. Snark is my second language so that’s difficult, but I am trying.

Maybe the commonality of our failure can be used as a foundation to rebuild. If we let it, our failure can be where we meet one another where we are and begin healing towards peace. It will be hard to meet there, it will take humility, forgiveness and that ability to hear one another. It is either that or we tear each other apart. 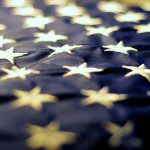 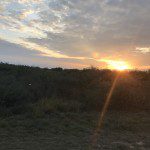 December 6, 2016 Waiting
Browse Our Archives
get the latest from
Catholic
Sign up for our newsletter
POPULAR AT PATHEOS Catholic
1

St. Mary Magdalene Was Not a...
Femina Ferox
Related posts from Through Broken Roses