The Alt-Right, Abortion and the Gotcha Game 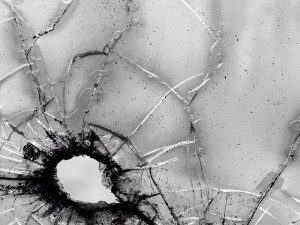 I was pro-choice before becoming Catholic even though I would have said that I was “personally against abortion, but didn’t feel I had the right to tell anyone what to do with their body” and not that I was pro-choice. But when friends would come to me about their unplanned pregnancies, I would always tell them about Anthony and how being his mother was the best thing that ever happened to me so if I could do it, then anyone could.

What really got me to see abortion for what it is was talking to someone who was not one of those crazy people who yelled at women going into clinics that they were going to “murder their baby”. I had seen a lot of those people when I was a patient at Planned Parenthood and it was not something I wanted anything to do with.

Over time there were other issues that I saw in the pro-life movement which only got worse and worse with the campaign and election of Donald Trump for President. I saw a lot of pro-life people I respected become people I didn’t even recognize. They did all kinds of mental gymnastics to “win”, but I never saw how ignoring the things Trump was spewing was any kind of pro-life win. Especially for Catholics who understand that what is at the heart of the pro-life movement is the dignity of the human person. Having a priest put an aborted fetus on an altar as an appeal for people to vote for Trump was probably the point where I decided that I didn’t want anything more to do with the pro-life movement.

I am still 100 percent anti-abortion, but I will never ever again be swept away by a movement that is so focused on winning, whatever the prize is, over the actual dignity of human people, both unborn and born.

A lot of things happened in my life during this time. I lost three of the most important people in my life: My Tio, Tia, and my oldest son. Grief took over my life and what Trump did or didn’t do went to the side.

When I started to come back to life a little bit I reconnected with someone who I clicked with named Destiny DeLaRosa. She runs a pro-life secular group called New Wave Feminists and she is awesome. What I love the most about her is how she finds common ground with pro-choice people. That is something that I really believe in. My mentor is a pro-choice woman. We agree on nothing politically but we love each other and we often find common ground on social issues. Including work benefits that would help women make the choice to birth their children easier. I have come to believe that this is the way that we heal this country, not just on the abortion issue but on everything.

What is truly divisive is this game of “gotcha” that we all play when we see someone on the “other side” do something awful. Like someone who used to be a part of the pro-life movement suddenly becoming an alt-right racist or someone who defends said racist while condemning calling out that racism and separating themselves from that ideology.

This morning I woke up to an article in the Huffington Post that has since taken off on the internet as some kind of Gotcha against the pro-life movement. In the world where pro-choice writers make pro-lifers look like we are all whack jobs, this article was pretty fair. While there is obvious bias against pro-lifers, I have for sure seen much much worse, but still, there was a tone of “ha! They might be against abortion but they are infiltrated with racists!”. I can see how people can reach that conclusion. The problem is, there are plenty of us who stand up for the life of the unborn and who denounce racism every chance we get.

Destiny did just that. And she is getting harassed by every single political side for it. This is what she wrote on the New Wave Feminist Page this morning:

I thought I did the right thing.

I thought I did what I was supposed to do.

Over a year and a half ago I saw the beginnings of some very scary ideologies coming out of my best friend’s mouth. Stuff she’d NEVER said before.

And because she ran this activist group with me, I didn’t have the luxury of waiting around to see if this was just some sort of weird phase or if these things were truly what she believed. So the board and I removed her. Immediately.

It was hard, but I knew there was no place in New Wave Feminists for that type of thinking. She cut me off completely and sadly grew even more extreme.

If you do not know everything that has been going on with Destiny and her former board member, Kristen Hatten, then you can go read this article by Simcha Fisher. Simcha lays it all well in a great thought-provoking way.

My point here is not to go over all of what has happened but to point out something. The author of the HuffPo article seemed not to dig into the Facebook group that Kristen was a part of. The one mentioned in the HuffPo article. And it could be that the group is no longer a public one, but it was when Destiny first came out publicly to denounce Kristen’s new alt-right ideology and I went to take a look. What I found was so disgusting. But what is really interesting is how pro-choice some of those people are and how their racism is the foundation for that opinion. Just look for yourself. 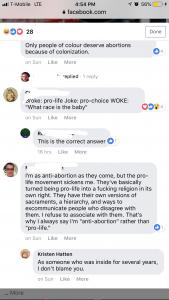 I think this means we can stop this game of Gotcha because apparently, some people who are against abortion are racists and some people who support abortion think it is a great way to kill off people of color. There are both anti and pro-abortion people in this group of racists.

How about those of us who don’t have to do research to know racism when we see it just call out this filth when we see it? As an act of humanity.

Fighting racism can be our common ground. And finding that common ground is something that I have learned from Destiny and why I love her and respect her so very much because in the end that is how to be truly pro-life.

It is also the way that we are all going to come together to try and heal this division among us so we can move forward. Chances are we are not going to agree on the abortion issue. The only people who win are the racists who can all coexist in a group like that regardless of their beliefs about abortion because they hate minorities more.

So let’s love each other more. Just a couple of weeks ago we were united in our observance of the assassination of Dr. King who said “Hate cannot drive out hate; only love can do that” so maybe we can try to drive out the hate that is racism and the defense of it, which is rooted in ignorance, with love and respect for each other.

April 28, 2018 The Best Life I Never Expected
Browse Our Archives
Related posts from Through Broken Roses 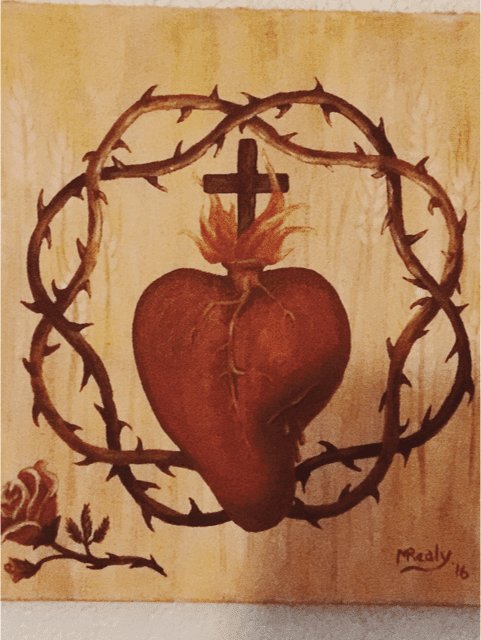 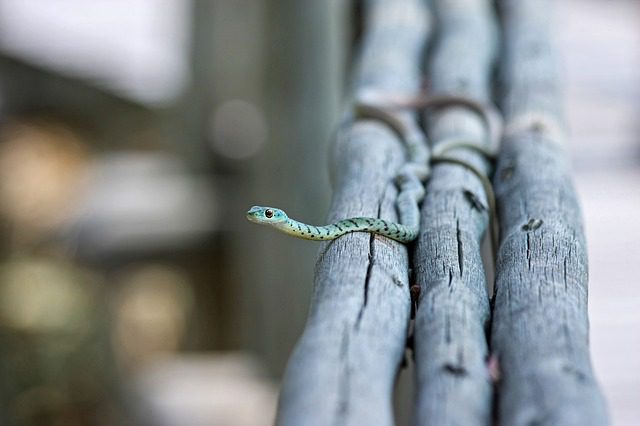