I started watching this on Amazon Prime, but it is no longer on there, so I was really happy to find it legitimately on YouTube. It’s an excellent documentary that covers a lot of ground on Jesus and the nascent sect, with a lot of emphasis on Paul, and then the Gospels. It’s also brilliant to see a whole section on Yom Kippur, something I concentrate on in my Resurrection from.

Marketing the Messiah features a wide range of academics and experts, from historicists to mythicists. Renowned podcaster Cameron Reilly put it together, with this description:

How much do you *really* know about how Christianity got started? Whether you are a Christian, atheist, or member of another faith, it’s impossible to ignore the impact that Christianity has had on Western civilization. But most people, including many Christians, don’t have a solid grasp of the history of early Christianity – even though it’s hinted at in the New Testament. Many people still think the gospels were written by the people whose names adorn the books. Many people still think those people were eyewitnesses of Jesus. Many people don’t realize how much Paul of Tarsus reinvented early Christianity to suit his own vision, and how much tension he created with the original disciples. Over the last century, New Testament scholars have examined the text word by word to tease apart the true history from accepted tradition. In this light-heated but factual film, we tell the “true” story of early Christianity with the help of twelve biblical scholars, Renaissance masterpieces and humorous animation. It’s neither a film about faith nor a film attacking or making fun of Christianity. It’s an honest attempt to piece together a very complex and fascinating story that everyone will enjoy.

I really enjoyed this romp through the construction of Christianity. See what you think: 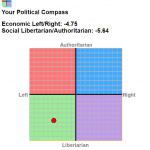 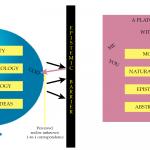 October 6, 2021 Cargosquid and Rights. Again. Am I Not Making Myself Clear?
Recent Comments
0 | Leave a Comment
Browse Our Archives
get the latest updates from
A Tippling Philosopher
and the Patheos
Nonreligious
Channel
POPULAR AT PATHEOS Nonreligious
1

Nonreligious
The Tower of Babel Story Is OBVIOUSLY Not...
A Tippling Philosopher