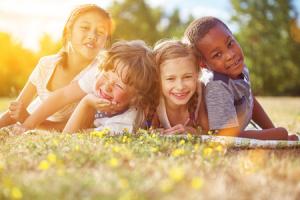 “I hope you have a girl! You would be so good at raising a strong daughter.”

I remember someone making this comment at a baby shower for me with my first child. Lots of heads nodded.

There is some truth to that thought. I am a strong feminist with a strong sense of self and the ability to speak my mind. While these are not necessarily traits admired by all of the people I have worked with over the years, they are the traits that many feminist seek to teach our daughters.

While I remember everyone telling me that “I could be anything I wanted to be when I grew up.” That wasn’t entirely true for Generation X women. Yes, we arrived on the heels of the women’s movement and reaped many of the benefits of the work that our foremothers did (thank you!!) but there were still doors that were closed for many Gen X women – particularly women of color and poor women.

Moving beyond questions of access and career possibilities – life remains different for girls and women. More constrained despite our liberation. At risk of sexual assault and harassment (although many gay men and trans men share this danger with us). Judged by standards we have rejected but can neither ignore nor eradicate.

We have not yet achieved gender equity much less gender equality but I also know that my life is much different from my mother’s and I can already see ways in which my daughters’ lives are different from mine. They do not feel constrained by gender binaries in the same way that my generation did. They are more open about their sexuality and about exploring the possibilities of their identity.

At my baby shower, after the words came out of her mouth, “I hope you have a girl,” my friend paused and said, “Actually, you would raise great sons too. We need more boys and men who are feminists.”

White boys and white men seem to be having something of an identity crisis these days. The NY Times recently reported that “Americans Might No Longer Prefer Sons Over Daughters.” At least this seems to be the case among white families.

Girls are reportedly doing better in school than boys and they attend college at a higher rate. While young, white men seem to have an increasing problem with gun violence and domestic terrorism. Some are even saying that American boys are broken.

While white men as a demographic group still retain extraordinary access to power and privilege in this country as a result of millennia of patriarchy, sexism, and misogyny – individual white men often find it difficult to see the ways in which they still retain certain power and privilege (even if it is only in their private relationships with wives/girlfriends/partners and children).

The toxic masculinity that is behind sexual harassment, rape, gun violence, domestic abuse, white supremacy and many other social ills is also a result of the millennia of patriarchy, sexism, and misogyny that various feminist movements have sought to overthrow.

While I have raised two feminist daughters, I recognize the wisdom in my friend’s words from almost twenty years ago – we do need more feminist women (and men) raising sons and helping them to see and create the alternative futures that we and they so desperately need.

It is difficult to figure out how to empower boys in a world where men hold so much power. It reminds me of the anti-racism work I do with white folks. In both cases, groups that have historically held power and privilege must find new ways to live and be in the world. Ways that simultaneously acknowledge histories of violence and abuse and reimagine new possibilities for our future.

Transforming toxic masculinity, just like transforming whiteness, is deep cultural work that requires remaking ourselves. When I look at my daughters and see how much stronger and healthier they are than many women in my generation, I am encouraged that we can and must do the same work with and for our boys. 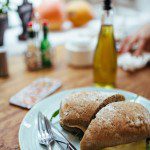 February 13, 2017
How to Reject Xenophobia – Have Lunch Instead!
Next Post

March 27, 2018 Will You Go to Church on Easter?
Recent Comments
0 | Leave a Comment
Browse Our Archives
Related posts from To Do Justice 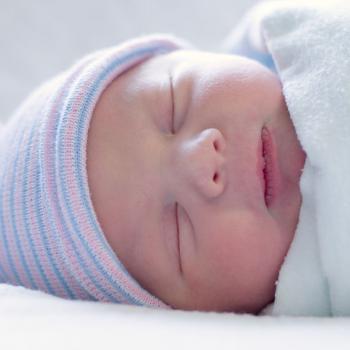 Progressive Christian
Why Falling U.S. Birthrates are a Good Thing
To Do Justice 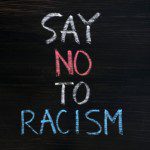