I’ll be honest. Last week was hard. Facebook feeds, emails, and news headlines indicate I’m not the only one who had a hard week. A hard week, at the end of hard month, in the midst of a long, hard year.

From immigration and union busting to crisis pregnancy centers and pharmacists imposing their religious beliefs on pregnant women to protecting the rights of individuals to discriminate and publicly abuse LGBTQ people. Our country is in the midst of a massive backlash against the very real gains that we have made toward gender equality, racial justice, and LGBTQ inclusion over the past forty years.

And then came the announcement of Justice Kennedy’s retirement.

While there has been much hand-wringing about Kennedy’s replacement on the Supreme Court and what it will mean for abortion – we need to think more broadly than access to abortion. Reproductive Justice requires that we recognize that abortion is not the problem in this country. Abortion is a solution to the prior problem of an unplanned or medically fragile pregnancy.

Reproductive Justice (RJ) calls for three things. The right not to have a child, the right to have a child, and the right to raise your children in safe and healthy environments. Clearly abortion access is recognized as a central and fundamental aspect of RJ, but justice requires a much bigger frame than access to abortion.

In addition to abortion – there are serious problems that interfere with women’s ability to raise their children in safe and healthy environments. These problems are not political but any attempts to address them have been so politicized that progress on dealing with them seems increasingly illusive.

Let me outline just a few of the problems that we face that relate to Reproductive Justice:

There have been more than 90 mass shootings in the US since 1982. Forty percent of Americans own a gun or live in a home with a gun. This makes the US the top civilian gun-owning country in the world. In 2016, there were more than 38,000 firearm deaths in the US. Firearms kill more people that car accidents.

According to the official poverty measures, more than 1 in 8 people in U.S. live in poverty. That is roughly 40 million people or 12.7% of the population. Half of those are living in extreme poverty falling below half of the poverty threshold. Eighteen percent of children were living in poverty in 2016. In Mississippi, New Mexico, and Louisiana, the rates go up to 30%.

The US has less than 5% of the world’s population and 25% of the total prison population. This earns us the highest incarceration rate in the world at 716 per 100,000 people. Our rate is six times higher than Canada’s and six to nine times countries in Western Europe. Financing our correctional facilities cost the country an estimated $80 billion annually. Factoring in legal and policing costs, healthcare, construction and other costs associated with incarceration, that number balloons to $182 billion. At the same time, crime rates have been dropping since the early 1990s and are back down to 1960s levels.

Native Americans make up 2% of the US population, the remaining 98% are immigrants or the descendants of immigrants. In 2015, one-fifth of the world’s migrants are in the US, numbering about 40 million people. Immigrants make up 13.4% of the U.S. population, the high was 14.8% in 1890. Seventy-six percent of non-citizen immigrants are in the country legally and one-quarter are unauthorized. A 2017 Pew Research study showed that 27% of people fell that immigrants “burden country by taking jobs, housing, healthcare.”

Guns, poverty, mass incarceration, immigration, and unplanned pregnancy. Each of these five “hot-button” issues bear on women’s ability not only to shape their families but to raise their children in safe and healthy environments. Reproductive justice requires that we think about the health and well-being of families in much more comprehensive ways than the nine months of a pregnancy.

We need politicians who are willing to look at the issues that are dividing us as a country and work with experts in the field AND people impacted by these problems to seek to develop meaningful pathways for addressing the root causes of these problems.

We cannot allow narrow ideological commitments rooted in fear, disinformation, and prejudice to shape our laws and public policies.

Progressive Christianity calls us to justice

It’s time to play the long game because we are in this for the long haul as a country and as people of faith. As a progressive Christian, my faith teaches me how to live. I am not beholden to partisan politics but am interested in how elected officials are going to address the deep problems that face us as a country.

My faith teaches me to build community, to care for the down-trodden and to support the weak. My parents and my Sunday school teachers taught me that my task as a Christian is to build the kind of world that Jesus imagined. A world of justice and peace. A world where we care for the orphan, the widow, the stranger. A world where we turn strangers into neighbors through loving them, welcoming them, and working together with them to make this country (and our world) a better place.

This is no utopian imaginary fantasy.

A vision of Reproductive Justice

Reproductive Justice is a vision of justice, kindness, and humility that requires us to reshape our economic policy in ways that allow families to be economically self-sufficient.

Reproductive Justice requires us to attend to the dynamics of the global economy and the threats of violence and danger in other countries. Immigrants are coming to the US in search of a better life, until we help address the instability (economic, political, and social) in their countries – they will keep coming.

Reproductive Justice requires us to recognize that unplanned pregnancies, not abortion, are the moral problem we face in this country and it requires increased access for all fertile women to free, safe, and effective methods of contraception and reproductive healthcare.

Reproductive Justice holds together all of the public policies that would shape a better world for women, families, and children and challenges us to recognize how such policies reflect the biblical call of Micah 6:8

What does the Lord require of you? To do justice, and love kindness, and walk humbly with your God 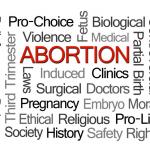 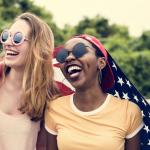 July 4, 2018 Women’s Unalienable Rights Cannot Be Subject to Whims of Politics
Recent Comments
0 | Leave a Comment
Browse Our Archives
Related posts from To Do Justice

Image Bearers of God Part 2 Contemplation of...
…then the Lord God formed the man of dust from the ground...
view all Progressive Christian blogs
What Are Your Thoughts?leave a comment
Copyright 2008-2021, Patheos. All rights reserved.
Close Ad