Seeds of the Word: Finding God in the Culture

Seeds of the Word: Finding God in the Culture May 30, 2015 Tom Zampino 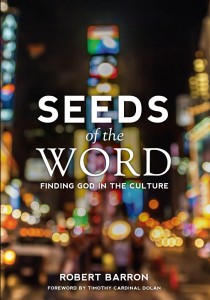 Regular readers of Grace Pending know that I am a huge fan of Father Robert Barron, who is, among many other things, the founder of the dynamic Word On Fire ministries.

Referring both to his ubiquitous media presence and his extraordinary teaching gifts, I have often said that Father Barron is this generation’s Fulton J. Sheen.

Father Barron’s latest publication, Seeds of the Word: Finding God in the Culture, is an enormously important – and hopeful – message for a Church which often finds its ideas and ideals increasingly marginalized in the public square.

What once inspired contemplation and deference now typically induces contempt and derision.

Yet, as Seeds of the Word makes clear, even if the prevailing culture manages to entirely reject the Evangelii Gaudium of its day, the good news not only persists, but also often manages to seep through – albeit, perhaps, unintentionally:

Since the first century, Christians have detected “seeds of the Word” in the surrounding culture. No matter how charred or distorted the fragments, we can always uncover inklings of the Gospel, which can then lead people to God.

In this book of essays, Father Barron looks for and finds

those “seeds” in today’s most popular films, books, and current events.

One need only take a closer look to notice those seeds all around us – even in this polarized and secularized culture that sometimes finds itself retching over the very fruits of those seeds.

Perhaps no chapter more succinctly sums up the overarching theme of this book than Spider-Man, Iron Man, Superman, and the God-Man.

Father Barron zeroes in on the “soteriological argument for the dual nature of Jesus” as more or less argued by St. Athanasius:

only through a God-man, someone in the world but not of it, someone like us in all things but sin, and at the same time utterly unlike us.

It is this dual nature of our contemporary cinematic heroes which Father Barron then expertly addresses.

Noting that Batman, Superman, and Spider-Man are really hybrids – or a “combination of the extraordinary and the ordinary” – Barron observes that

In all three cases we have someone who, in his lowliness, is able completely to identify and sympathize with our suffering and, in his transcendence, is able to do something about it.

In the case, particularly, of Spider-Man, once our hero is fully aware of his extraordinary gifts, he must quickly come to terms with his unique mission as he begins to appreciate and exercise his power “in a program of protection and service – a program of love[.]”

With that, Father Barron then briefly takes us through the messages of Matthew and Luke, where Jesus is portrayed as having wrestled “with a similar question, namely the meaning and implication of his Messiahship.”

Jesus, Father Barron reminds us, “knew himself to be the beloved son of his heavenly Father” but he first needed to confront – and then resist – the entirely human temptation and desire to

use his Messianic authority for the acquisition of sensual pleasure, for the puffing up of his ego, and for power.

Another recurring “theological” theme in these current super-hero movies is the proper use and abuse of knowledge.

Not unlike Adam and Eve’s “grasping at [forbidden] knowledge” in the original biblical account, these contemporary stories often portray some clumsy scientific attempt to achieve human perfection, or to eliminate some negative physical trait. This, nearly always, culminates in disaster – notwithstanding the, perhaps, good intentions or “laudable motives.”

Now, this is not to say that the acquisition or pursuit of knowledge, as such, are unworthy or immoral goals.

Clearly they are not.

Rather, these failures may serve as

a warning that the use of knowledge as a means of achieving godlike control over nature is nefarious. The conceit that we can eliminate all suffering – physical, political, psychological – through the exercise of reason has invariably resulted in an increase in suffering.

Many of these modern day stories therefore make clear our potential for self-destruction, as well as expose our incessantly fallen nature – a fallen nature that is forever in need of lifting up.

Even Hollywood, it seems, has absorbed some of the great eternal truths.

Father Barron’s insights are, as always, worth much more than the price of admission.

Seeds of the Word should be a definite addition to your summer reading list. 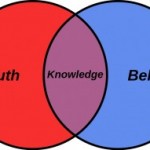 May 24, 2015
What Would You Do Differently Today If You Knew It Were True?
Next Post 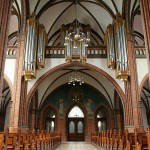 June 3, 2015 Upon This Rock: Why I Remain
Recent Comments
0 | Leave a Comment
"Thank you for reading my post and for commenting! God bless you!"
Tom Zampino Black Mixed With Shades Of Gray
"Amen, Mr. Zampino. Thank you for these words. He's not done with us, yet!"
Veronica Guerrero Black Mixed With Shades Of Gray
"Pardon my ignorance, but even though I have my own book "Yo God! Jay's Story' ..."
June Kempf Elizabeth Scalia’s Latest Book: “Little Sins ..."
"Taken From The Amazon Listing: Publisher: Our Sunday Visitor (May 9, 2016)"
Tom Zampino Elizabeth Scalia’s Latest Book: “Little Sins ..."
Browse Our Archives
get the latest from
Catholic
Sign up for our newsletter
POPULAR AT PATHEOS Catholic
1