Upon This Rock: Why I Remain

The floodgates have opened and everyone seems to running for the nearest exit.

If those remaining are not literally drowning, it’s clear that the ground beneath is indisputably shifting.

We can feel it.

The Church, we are told, is a barrier to human progress, to individualism, to self-expression.

I came back to this place two years ago – 41 years after I had first left it.

I then set about to prove my feelings about the Church.

Its idol worshipping, its false Mary-centered theology, its hierarchical and stifling structure, its nonsensical rejection of written scripture. A Church that I knew was dishonestly making things up out of whole cloth in order to control and to dominate and to enrich itself.

Eventually, I found all that I had set off to prove.

And what I found was smug, and arrogant, and intellectually dishonest, and full of sin.

No, not the Church.

The Church I found – the one I had returned to, the one that Pope Francis had challenged me to look at again – had a rich and deep intellectual, scientific, and moral history. From Thomas Merton, to Augustine, to Acquinas, to St. Francis, to Fulton Sheen, to St. John Paul II, my life changed.

It took a great deal of faith, too, of course.

But the mind changed first.

Then – and only then – the heart caught up.

Not easily at first, but eventually. And not without doubt, either then or now.

But I knew that I had discovered The Rock, the one unchanging place, the place of truth even when no one wants to hear it.

And so I say to you, you are Peter, and upon this rock I will build my church, and the gates of the netherworld shall not prevail against it – Mathew 16:18

I came home. And I fell in love.

No, it’s not a perfect place.

Its pews are filled with the fallen – just like me.

Hell, the place is run by the fallen – just like me.

But God’s Church shall always prevail. That is Christ’s promise.

And that’s why I remain.

Here at Patheos, many of my fellow bloggers have taken a stab at explaining just why they are staying put. It’s a series still in progress.

But, for now, I encourage you to read these very personal posts.

They will move you as they have moved me.

Dr. Tod Worner’s Why I Am NOT Leaving the Catholic Church (the piece that started us all thinking about this), Elizabeth Scalia’s Why I Remain A Catholic, Pew Studies Be Damned!, Max Lindenman’s Why I’m Still Catholic, Kate O’Hare’s Why I Stay in the Catholic Church, Dr. Greg Popcak’s Why I Am STAYING Catholic, and Monique Ocampo’s Why This Cradle Catholic is Choosing to Stay. 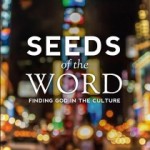 June 6, 2015 The Father, And The Son, And . . . Bruce Jenner?
Recent Comments
0 | Leave a Comment
"Thank you for reading my post and for commenting! God bless you!"
Tom Zampino Black Mixed With Shades Of Gray
"Amen, Mr. Zampino. Thank you for these words. He's not done with us, yet!"
Veronica Guerrero Black Mixed With Shades Of Gray
"Pardon my ignorance, but even though I have my own book "Yo God! Jay's Story' ..."
June Kempf Elizabeth Scalia’s Latest Book: “Little Sins ..."
"Taken From The Amazon Listing: Publisher: Our Sunday Visitor (May 9, 2016)"
Tom Zampino Elizabeth Scalia’s Latest Book: “Little Sins ..."
Browse Our Archives
get the latest from
Catholic
Sign up for our newsletter
POPULAR AT PATHEOS Catholic
1

Facing this Election, We Must Recall...
suspended in her jar
Related posts from Grace Pending