On Doubt And Faith, Briefly 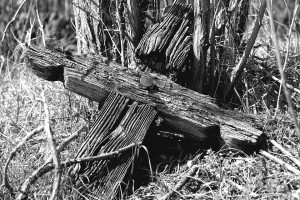 If There Is No Resurrection Of The Dead, Then Neither Has Christ Been Raised. And If Christ Has Not Been Raised, Then Empty Is Our Preaching; Empty, Too, Your Faith – 1 Corinthians 15:13-14

Having been given the name Thomas at birth, I suppose it’s not surprising that I’d have some natural affinity towards my more famous name-sake, the apostle widely-known for his doubt.

But to doubt doesn’t mean to act without faith, just look to Mother Teresa, or Thomas himself and see.

It does mean to set about thinking, contemplating, reasoning, and questioning.

And these are always positive things, never negative.

Faith and reason are like two wings on which the human spirit rises to the contemplation of truth; and God has placed in the human heart the desire to know the truth — in a word, to know himself — so that by knowing and loving God, men and women can come to the fullness of the truth about themselves.

And discovering this truth always carries with it some urgency within our own hearts:

[T]he more human beings know reality and the world, the more they know themselves in their uniqueness, with the question of the meaning of things and of their very existence becoming ever more pressing.

This is why all that is the object of our knowledge becomes a part of our life.

The admonition Know yourself was carved on the temple portal at Delphi, as testimony to a basic truth to be adopted as a minimal norm by those who seek to set themselves apart from the rest of creation as “human beings,” that is as those who “know themselves.”

So reason is a must, contemplation critical, logic essential.

Yet, these are means, not ends. And while reason and contemplation and logic may bump up against truth, they may never actually help us recognize it:

Anthropology, logic, the natural sciences, history, linguistics and so forth—the whole universe of knowledge has been involved in one way or another.

Yet the positive results achieved must not obscure the fact that reason, in its one-sided concern to investigate human subjectivity, seems to have forgotten that men and women are always called to direct their steps towards a truth which transcends them.

Sundered from that truth, individuals are at the mercy of caprice, and their state as person ends up being judged by pragmatic criteria based essentially upon experimental data, in the mistaken belief that technology must dominate all.

It has happened therefore that reason, rather than voicing the human orientation towards truth, has wilted under the weight of so much knowledge and little by little has lost the capacity to lift its gaze to the heights, not daring to rise to the truth of being.

Abandoning the investigation of being, modern philosophical research has concentrated instead upon human knowing.

Rather than make use of the human capacity to know the truth, modern philosophy has preferred to accentuate the ways in which this capacity is limited and conditioned.

So what’s my point?

As I said, I’ll be brief (this is not some academic discourse after all).

We are now entering into the most profound few days in our faith.

What we believe, what we feel from within, is not based upon our own first-hand witness. Rather, we are compelled to trust that which those first eye-witnesses reported.

But it’s not about blindly accepting some words on a page, no matter how truly inspired they are (and they are).

It’s really all about reason and contemplation and logic which leads us towards faith and truth and light.

Look, if we took even one honest step back, we have to realize that we really do believe some pretty outrageous things – a virgin birth, God becomes man, death conquered by resurrection.

And these are either the most fantastic and true and breath-taking things – or they things which are absolutely meaningless and false and deadly.

But we aren’t asked to accept any of them without reason and understanding.

Neither are we compelled to rely solely upon our rational senses.

We are whole beings, created to come to know ourselves rationally and to seek and find the truth spiritually.

And all of this is there, waiting for us to seek – and to find.

We just need to start.

Even when we doubt.

Perhaps, especially, when we do.

Have a Blessed Easter! 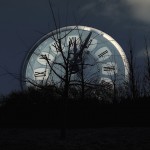 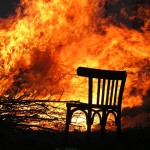 March 29, 2016 Holding On To The Fires Within
Recent Comments
0 | Leave a Comment
Browse Our Archives
Follow Us!