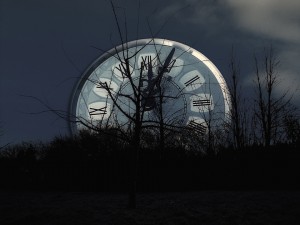 With the recent news that Mother Teresa will be canonized on September 4, 2016, we are reminded that the call to sainthood is really quite universal.

It is, in fact, not limited to a handful of extraordinary people, those who may have given over their lives to serving the poor, or those who may have attempted to remove themselves entirely through prayer and contemplation – as some religious do – from all of the anxieties, the hardships, the toils of everyday life.

No, if anything, it’s quite possible that the most effective proving ground of all is a life fully engaged with our families, our neighbors, our work space, our little corner of the world, wherever that is. That place where our struggles and hurts will either refine and temper us or will, ultimately, destroy us.

Still, we have a choice.

And that choice remains always within our grasp.

Here is Pope Francis in 2014 on the universal call to holiness:

We are all called to be saints.

But holiness is not “granted only to those who have the opportunity to break away from the ordinary tasks, to devote themselves to prayer.”

Rather, everyone is called to holiness in their own state of life.

“Indeed, it is by living with love and offering Christian witness in our daily tasks that we are called to become saints . . . Always and everywhere you can become a saint, that is, by being receptive to the grace that is working in us and leads us to holiness.”

So each of us plays a role, right where we are, and with what we have been given.

We don’t need to hide away from the world.

In fact, most of us shouldn’t.

But still, we hesitate. We deflect. We dismiss.

We even doubt the message.

That, too, is human, as three great lives from the 20th century made clear to us, each in their own way.

Read their words, and then follow the links for more:

Don’t call me a saint. I don’t want to be dismissed that easily.

The child of your love — and now become as the most hated one.

The one — you have thrown away as unwanted — unloved.

Where I try to raise my thoughts to heaven, there is such convicting emptiness that those very thoughts return like sharp knives and hurt my very soul.

Love — the word — it brings nothing.

I am told God lives in me — and yet the reality of darkness and coldness and emptiness is so great that nothing touches my soul.

A saint! The thought struck me as a little weird.

I said: “How do you expect me to become a saint?”

And my mind darkened with a confusion of realities and unrealities: the knowledge of my own sins, and the false humility which makes men say that they cannot do the things that they must do, cannot reach the level that they must reach: the cowardice that says: “I am satisfied to save my soul, to keep out of mortal sin,” but which means, by those words: “I do not want to give up my sins and my attachments.”

But Lax said: “No. All that is necessary to be a saint is to want to be one. Don’t you believe that God will make you what He created you to be, if you will consent to let Him do it? All you have to do is desire it.”

A long time ago, St. Thomas Aquinas had said the same thing— and it is something that is obvious to everybody who ever understood the Gospels.

After Lax was gone, I thought about it, and it became obvious to me.

The image I chose to open this post is just a reminder about time.

We won’t become saints overnight, if at all.

Rather, it’s really all about moments in time.

Even the saints themselves weren’t always – every minute of their lives – on the right track.

They failed often, they hesitated, they doubted – just as we do.

But then they started over.

So let’s be reminded: it is in those individual moments of choice – when added up, and weighed in the balance – that together will determine whether we one day will join them. 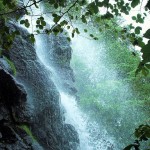 March 17, 2016
Thomas Merton: That One Thing Necessary
Next Post 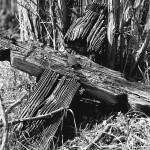 I Read the Whole Bible in...
The Cordial Catholic
Related posts from Grace Pending