Evangelicals Still Struggle with What To Say To Gays

At Leadership Journal, part of the shrinking stable at Christianity Today International, there’s an article by Stanton Jones, the provost of Wheaton College. Well, it’s not really an article, it’s an interview Stan had with a gay parishioner. Well, it’s not really an interview, but a made-up interview that Stan didn’t actually have, but is instead a “composite” of many conversations he’s had with gay men.

In the “interview,” a young, gay man asks Stan for some pastoral help in getting through the Bible verses (aka, clobber verses) about homosexuality. Stan toes the evangelical party line, saying that the Bible is clear on this matter and should not be questioned, but that doesn’t make “Todd” a bad person. Traditional hate-the-sin-love-the-sinner stuff.

There’s some other stuff, too, about how he carried out a “study” — which he admits wasn’t scientific, but he authoritatively quotes anyway — of gay persons who wanted to change their orientation. He also trots out the usual evangelical tropes about “society today” and how it says that sex is the only thing that matters, etc. (He’s clearly never seen Pompeiian wall paintings.)

But it really gets cray-cray when he insinuates that gays struggle with depression and suicide, not because they are marginalized and persecuted, but because it’s inherent to their immoral predilection:

“Todd”: My pastor, who does not know about my sexuality issues, asked me to be a leader in my church’s high school ministry. Do my struggles disqualify me? How should I handle this?

Stanton Jones: Let me lay a bit of foundation first. While Scripture teaches that homosexual erotic intimacy is a sinful practice, to generalize from this that the entire person who experiences same-sex attraction is especially sinful by virtue of those attractions is wrong. Homosexual desire is a proclivity to a certain type of sin that God considers significant enough to call an “abomination.” But a proclivity to a sin is not the same thing as committing that sin. Same-sex orientation may not be morally neutral, since it is a “leaning” in a direction contrary to God’s wishes, but in resisting that proclivity and pursuing holiness, you are exhibiting virtue and strength that is admirable.

In many ways the decision decades ago by the major mental health organizations that homosexuality is not a mental illness is right. Experiencing same-sex desires does not itself qualify as a mental illness. But what was wrong about that decision is the false conclusion drawn by many that same-sex attractions (and other sexual variations) are as normal as heterosexual inclination. Further, many make the false claim that homosexual persons are just as emotionally healthy on average as heterosexuals, which is simply empirically not true. Homosexual orientation is consistently associated with higher levels of depression, anxiety, and similar conditions, even if many gay and lesbian persons are not depressed, anxious, and so forth.

So if you embrace the Bible’s witness that homosexual conduct is immoral, and are committed to the pursuit of holiness, as I understand it, you are not morally prohibited from leadership in the church. You are not necessarily a risk in leadership on grounds of mental or emotional instability either. My concrete advice to you is this: Be transparent to someone in your church leadership; tell them honestly of your struggle and of your desire to serve in leadership out of your love for Christ. Establish a clear and effective accountability relationship with a mature elder. Commit yourself to total honesty for the sake of your witness to Christ.

And one more thing: Be aware that the Adversary will attack you and test you in your areas of vulnerability. The apostle Paul says “flee sexual immorality.” As Potiphar’s wife’s dress came off, Joseph got up and out; he didn’t linger to explore the possibilities. Be aware also that sexual temptation is not going to be your only area of vulnerability; seek out before God awareness of all areas of vulnerability.

Let me suggest one possibility. You, like many who experience same-sex attraction, know how others may disapprove and have found ways to hide your desires. So you may have picked up subtle patterns of duplicity in how you live your life. This is why I suggest openness and honesty as a discipline. Commit yourself to careful accountability, expect to be tested, and be ready to pursue support at every turn.

I think we can all agree that this is some bad advice. If you’re gay, don’t tell your evangelical pastor, “I’m a man who feels sexual attraction to other men, but I’m staying chaste. Can I please serve as a leader in this church?”

Instead, find another church. 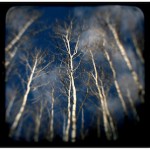 October 18, 2013 I'm Thinking about Baptismal Regeneration as I Sit By the Fire
Recent Comments
26 Comments | Leave a Comment
"Have you considered professional online editing services like www.CogitoEditing.com ?"
Dmitriy The Writing Life
"Thank you."
christianpundit Is It Time for Christians to ..."
"I'm not missing out on anything - it's rather condescending for you to assume that ..."
christianpundit Is It Time for Christians to ..."
"I really don't understand what you want to say.Your http://europe-yachts.com/ya..."
Mario Would John Piper Excommunicate His Son?
Browse Our Archives
Related posts from Theoblogy