History is amoral: events occurred. But memory is moral: what we consciously remember is what our conscience remembers- Anne Michaels

Rituals of life stages, often called rites of transition or rites of passage are the ones that mark significant changes in people’s lives. They are very frequently seen as the “ideal” ritual, and as the pattern that other rituals should follow. They are occasions for religious and family celebration, and are often common across cultures, based as they are on the biological stages of life to a large extent. There is some variation in social stages and the amount that secular and civic rituals are seen as passage rituals. One unfortunate fact of modern Western-European-origin cultures is the lack of such passage rituals. This is something that we can hope will be revived or revitalized by the waves of immigrants.

These rituals mark many significant events in life, and the basic structure can be adapted to many other occasions – the biological rituals begin with the announcement by a woman that she is pregnant, the baby shower in which the woman’s female friends and older female relatives gather to give her gifts and to pass along their wisdom about being a mother and a woman. The next stage is the birth process – on the one hand the physical facts of pain and labour that are surrounded by a great variety of significant objects and actions, the gathering of the older female relatives again, the frequent sequestration of the male partner (I am speaking in generalities and cross-culturally as I know from my own experience that men in the West are now expected to be present at the birth of their children, a rare occurrence in other cultures and times). Then, typically ten days or a moon cycle after the birth, long enough in societies with high infant mortality for the survival of the baby to be likely (or, in some cases, as in ancient Rome and Sparta, after the father had acknowledged his child, allowing it to live) the child is ritually given a name, often also a secret name known only to family, by her parents.

And so on through the biological and cultural stages of life – both the physical events like the first menses that precipitates the womanhood ceremonies (generally held in tribal societies for a group of young women at the same time) and the socially established equivalent manhood ceremony (as there is no single physical marker of a boy becoming a man). Going to school and graduating from school (with High School Graduation being seen as a version of a womanhood/ manhood ritual), courtship and marriage (the rituals of dating and courtship are much more developed in other cultures than our own), the first pregnancy and the birth of the first child (which makes the couple into parents, a different status), onto retirement, dealing with serious illnesses, and finally rituals of dying, death and the ceremonies of remembrance that follow as obligations for one’s family and descendants.

The rituals of the body, which are reinterpreted and changed over time, although usually presented as “this is how we have always done it”, are joined by the purely civic and secular ceremonies of transition as well – when a person is administered the Oath of office after an election, or sworn in as a witness, or inducted into the Order of Canada. These are all rituals that move a person from one defined status across a boundary to a different defined status. People pass through a threshold zone, a liminal space, in which they are “in a place that is not a place and a time that is not a time”, a ritually free space, and together with others in what Victor Turner called communitas. In communitas we are all together without distinctions of age or social status, all equals, having stripped off everything except our common humanity in order to pass through this space outside of culture before we come back to it.

The standard pattern for these rites of passage is as follows: 1/ acknowledgement of the older status that the person has outgrown, 2/ ritual death or dissolution, 3/ a period in between statuses in which the person may undergo ordeals or make statements, or be taught special lore (a liminal state – threshold state), 4/ renaming and reintegration into the community with the new status – through a ritual gesture or statements – as when an Ordinand kneels and is blessed by laying on of hands by the Bishop to become a Christian Priest, or the Order of Canada sash is placed ‘round their neck, or in other ways, 5/ finally the ceremony is formally closed down and ended.

There is a distinction between the biological stages of life and the social roles that are linked to them, in particular because some biological stages are not clearly marked. First menses is a clear, single, event but menopause is a transition over a period of months or a couple of years, retirement from a particular job is an event, but Elderhood is a status one grows into over a number of years, biological parenthood doesn’t completely coincide with being a Mother or Father.

Ritual provides affirmation and marks socially the inner or biological transformation that has already occurred. It makes the biological into a socially potent fact – a thirteen year old Jewish boy after his bar mitzvah makes up one of the minyan and participates as a member of his congregation, a married couple has legal and social rights and obligations that an unmarried couple does not, even though no physical change in their relationship may have occurred.

When life is not differentiated and broken up into stages, it is difficult to place oneself or others. We lose a sense of our responsibilities and our obligations but also of our capacities and our privileges by not undergoing ritual transitions. We cannot demonstrate to others easily what stage we have arrived at in our lives. We may, as too many people seem to do, remain locked in perpetual adolescence and never feel ourselves obliged to or capable of assuming adult powers and pleasures and their attendant responsibilities to others, society, and ourselves. Rites of Passage that tell us “Now you are grown-ups” help us to close the door between ourselves and childhood while those that tell us “Now you are parents” help us to assume the terrific and scary responsibility for our children’s lives, while the marriage rituals aim to make love real and permanent, a foundation to life not just a temporary pleasure, serious rather than purely by whim.

Next Week “Ritual as Power” 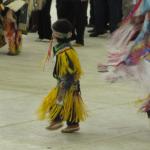 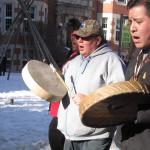 June 28, 2018 Festival Season Reconciliation
Recent Comments
0 | Leave a Comment
"I like this article a lot and as a rule am very supportive of inclusive ..."
Para_guy LGBTQ+ Affirming Wicca
"I'm looking forward to reading your posts. The idea of Wiccan ecclesiology is an interesting ..."
Laterre Introducing Sam Wagar
"*sry - that video has been moved!https://www.facebook.com/ou..."
Ross Turchyn Just the Start of School Again
"Dear Sam: I wish the magical community accepted the notion that its modern (post 1900) ..."
Gordon Cooper Building a Body of Lore
Browse Our Archives
get the latest from
Pagan
Sign up for our newsletter
POPULAR AT PATHEOS Pagan
1 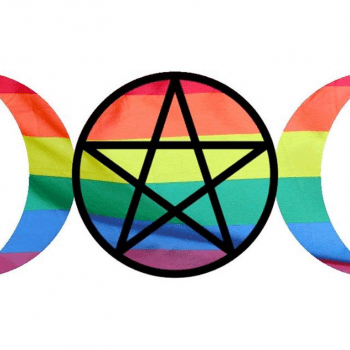 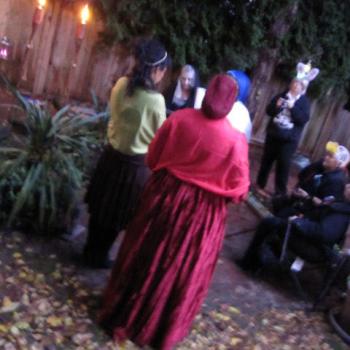 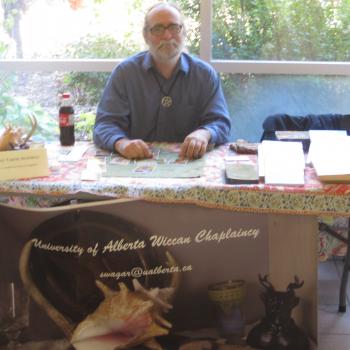 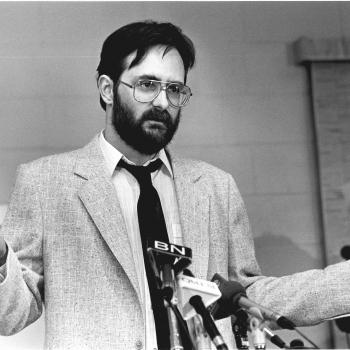