The new soup de jour is luring Christians away from the Bible and doctrine, toward a way of living allegedly modeled after Christ’s. But “Christianity as lifestyle,” or the increasingly popular “living the Gospel,” isn’t a new idea. It’s just warmed-over late 19th-century mainline Protestant gruel. And it’s being served up everywhere. Nicholas Kristof gave us a heaping helping last month in the New York Times. 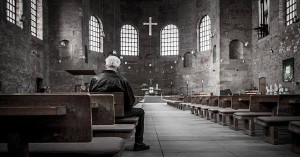 Between smug reminders that Jesus focused on the sick and poor but never mentioned homosexuality or abortion, Kristoff says it’s time we stop thinking of Christianity as a set of propositional and historical truths, and start thinking of it as “a just and generous way of life, rooted in contemplation and expressed in compassion.”

He quotes approvingly from former pastor Brian McLaren’s book “The Great Spiritual Migration.” McLaren’s thesis is that religions in general, but Christianity in particular, have deviated from their founder’s principles to become dogmatic and “ingrown” clusters of self-perpetuating institutions.

Chiming right in, Kristof tells the all-too-familiar and all-too-tidy story that this focus on doctrine has led to the decline of Christianity in the West, and that if only we’d abandon our rigid system of beliefs in favor of “a loving way of life,” we’d see young people come pouring back into the church. In an impressive rhetorical maneuver, he pivots to statistics showing that Christians today are less biblically and doctrinally literate than any other generation, a fact he attributes to the decline of Christendom. You didn’t misread that: He admits that we’re less focused on doctrine than ever in the midst of a plea for the church to focus even less on doctrine.

What’s the solution? Kristof thinks McLaren has the right idea when he advises us to worry “less about whether biblical miracles are literally true and . . . more about their meaning.” Instead of asking whether Jesus actually ever healed lepers, we should “focus on his outreach to the most stigmatized of outcasts.”

For those at home keeping score, Kristof is urging us to imitate something he suggests Jesus probably never did. Got that?

The whole plea to recast Christianity around deeds rather than creeds sounds so familiar for two reasons. First, because we’ve been hearing it nonstop for the last decade or so. Rachel Held Evans notoriously promoted it in 2013 with her viral blog post “Why Millennials Are Leaving the Church.” As self-styled representative of the generation she and I (barely) share, her terms of surrender for the dying church include “an end to the culture wars,” “a truce between science and faith,” and the ability to ask questions “that don’t have predetermined answers.”

Kristof thinks that if churches took Evans’ advice, they would earn more than just human approval. “If religious services were less about preening about one’s own virtue or pointing fingers at somebody else’s iniquity and more about tackling human needs around us, this would be a better world—and surely Jesus would applaud as well.”

I’ll come back to this claim in a moment, because Kristof’s certainty that Jesus would pat us on the back for abandoning doctrine in favor of a lifestyle is this whole movement’s Achilles heel. But the second reason all of this should give us déjà vu is that “lifestyle Christianity” has been tried before. It’s called Mainline Protestantism, and we see its quiet, hulking sepulchers on downtown street corners in every city in America. As John Stonestreet (among others) has pointed out, it is precisely these churches—the ones that have taken the plunge Kristof, McLaren, and Evans recommend—that are hemorrhaging members, especially young members, the fastest. Anyone who’s walked into an Episcopalian or mainline Presbyterian service lately knows what it looks like: old, white, and sparser by the day.

Yet some in the evangelical camp—which, not coincidentally, has a decent retention rate—are heeding the siren song of century-old liberalism, anyway. Pastor Andy Stanley recently raised eyebrows with a message at North Point Church titled “Who Needs God? The Bible Told Me So.” In it, he argued that teaching Christians to believe in Jesus on the authority of Scripture is childish, and leads adults to abandon the faith: “Christianity does not exist because of the Bible any more than you exist because of your birth certificate.”

Rather, he urges mature Christians to look to the resurrection of Christ and eyewitness testimonies as the ground of our faith, just as the early Church did. And for Heaven’s sake, stop saying “the Bible tells me so.”

Southern Baptist Theological Seminary President Al Mohler finds all of this very odd, pointing out that the primary “eyewitness” testimony for most of the events surrounding the life of Jesus is found in the documents we call the New Testament. Instead of pitting the early Church or even Christ against the Bible, he argues that the eyewitnesses of Jesus’ ministry gave us the Christian Scriptures precisely in order to preserve their accounts after their deaths.

Irenaeus of Lyons (130-202 A.D.) agreed. In “Against Heresies,” he writes, “The Church, though dispersed throughout the whole world, even to the ends of the earth, has received from the apostles and their disciples this faith. . . .”

What is the content of that faith? Irenaeus goes on to recite the thrust of the Apostles Creed—a belief in the Creator God, Christ the incarnate Son, the virgin birth, the Holy Spirit, the Passion, the Resurrection, and the return of Christ to judge the world. This he calls the Church’s “tradition,” which is one and the same across the civilized Earth, “although the languages of the world are dissimilar.”

Stanley makes the argument that Christians didn’t even have a New Testament until the regional Council of Carthage voted on a canon in 397 A.D. But here he commits the common error of confusing the table of contents with the book. Church historians like Eusebius record that Christians had reached an informal agreement on almost all of the books of the New Testament as early as the mid-third century. And nearly one hundred years before that, Irenaeus fought for the four Gospels—Matthew, Mark, Luke, and John—as the sole authentic accounts of Jesus’ earthly ministry. Even the infamous Jesus Seminar admits this, adding that Paul’s letters were commonly circulated throughout Christendom before the close of the first century.

Even before most of the New Testament existed, the Apostles recognized one another’s writing as Scripture (2 Peter 3:16), and self-consciously grounded their testimony in the Bible—that is, the Old Testament. See, for instance, Paul in 1 Corinthians 15, authenticating his personal confession in the prophecies of the Tanakh. Everything to which the Apostles witness happened “according to the Scriptures,” which Jesus Himself insisted “cannot be broken” (John 10:35).

Irenaeus hammers the point home in “Against Heresies”: “We have learned from none others the plan of our salvation, than from those through whom the gospel has come down to us, which they did at one time proclaim in public, and, at a later period, by the will of God, handed down to us in the Scriptures, to be the ground and pillar of our faith.”

And in his “Catechetical Lectures,” Cyril of Jerusalem (313-386 A.D.) writes, “Concerning the divine and holy mysteries of the Faith, not even a casual statement must be delivered without the Holy Scriptures. . . . For this salvation which we believe depends not on ingenious reasoning, but on demonstration of the Holy Scriptures.”

Without the Bible and the historical and doctrinal truths it teaches, there is no Christianity. Past attempts to divorce the faith from its roots in the teaching and testimony of the Apostles have always ended in failure. We can substitute neither a life of love nor a vague adherence to “the resurrected Jesus” for faith in the person, work, and doctrines of our Lord as they come to us through the Bible.

The most fundamental difference between true Christianity and the sub-Christian liberal religion that imitates it, he argues, is that liberalism speaks exclusively in the imperative mood (“do this”), while Christianity begins with a triumphant indicative”—“it is done.”

Does that mean that our faith is not also a way of life? Of course not! Machen was quick to affirm that if doctrine is sound, it has a life-changing impact on those who embrace it. But calls for moral reformation alone are not Christianity. Among the ancients, he writes, wandering preachers abounded who told men how to live upstanding lives of service and love. But “these preachers never succeeded at transforming society.”

“The strange thing about Christianity,” he concludes,” was that it adopted an entirely different method. It transformed the lives of men not by appealing to the human will, but by telling a story.”

That story—that “good news” we call the Gospel—and not a lifestyle, is the beating heart of the Christian faith. Tear it out and you have nothing left but liberal moralizers and a lot of empty buildings. 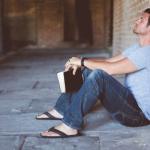 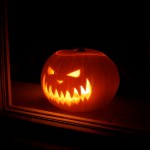 October 24, 2016 Halloween and the Aesthetic of Evil
Recent Comments
0 | Leave a Comment
Browse Our Archives
Related posts from Troubler of Israel