We’ve all seen it. A progressive and a conservative are crossing swords on some subject of contemporary importance, and the progressive reaches for the old standby: “Your views are antiquated. It’s 2017. Time to move on.” 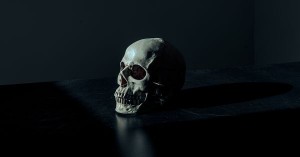 C. S. Lewis and Owen Barfield coined the phrase “chronological snobbery” to describe this rhetorical move. It’s a variant on the non-sequitur fallacy whereby someone insists that an idea is wrong merely because it was held a long time ago by people who are dead and has since fallen out of fashion. This attitude is all too common among progressives, and it’s reached a kind of feverish overdrive whereby anything older than the iPhone 5 is regarded as barbaric. Witness the baffling spectacle of activists calling positions Barack Obama held as recently as 2010 (like natural marriage) backwards, oppressive, and bigoted. The dark ages, evidently, ended seven years ago.

But conservatives have their own version of this fallacy. I call it “reverse-chronological snobbery.”

Picture the same discussion, only the progressive (or another conservative or libertarian, for that matter), acknowledges genuine, historical progress on some issue, whether it be women’s rights, freedom of religion, accurate translation of the Bible, race relations, or political organization (absolute monarchy to constitutional monarchy to constitutional republicanism). It may even be a recognition that some new author or musician has produced something of genuine merit. Either way, the conservative prone to reverse-chronological snobbery will assume a posture of derision toward all things new, sneering at obvious progress or contemporary excellence as “modern,” or “something no one before 200 years ago ever thought of.”

As with progressive chronological snobbery, the conservative mirror-image acts as if noting the current date is sufficient grounds for dismissing an idea or thinker. As Jesus observed of wine snobs, they always insist that “the old is better.” But of course, in His case, something new and better had come. And the snobs were cutting themselves off from it.

Reverse-chronological snobbery can also be more subtle. As a friend of mine observed recently, conservatives are often guilty of giving dead thinkers a hall pass, while treating living thinkers with the fiercest scrutiny. Well-read conservative Christians often balk at the idea that theologians and magistrates of the past deserve harsh criticism for their intolerance and religious tyranny (traits that in many cases, resulted in wars and persecutions), while straining out the proverbial gnats of modern secularism, like lawsuits against bakers and florists who refuse to cater gay weddings.

Don’t get me wrong. Modern secularism has taken a distinctively coercive turn which, if followed through to its logical conclusion, will result in widespread suppression and marginalization of traditionalists. But the idea that having to quit one’s county clerk job to avoid notarizing a gay marriage certificate is comparable to being arrested and put on trial for not worshiping in the king’s church is laughable.

Conservative luminaries are guilty of some terrible deeds and of holding some terrible ideas. These deeds and ideas rightly belong on the ash-heap of history, and admitting progress on these issues is a powerful witness to the conservative and Christian belief that man’s condition has not fundamentally changed. Refusing to call R. L. Dabney out for his wicked defense of slavery, or John Calvin out for his wicked support of state-sanctioned persecution, or Martin Luther out for his wicked diatribes against the Jews, leaves us in precisely the same spot as liberals who dismiss these thinkers altogether as backward and outdated. We who call the 21st century home are no more fallen or inherently corrupt than those who called the 16th century home.

As it says in Ecclesiastes, “Say not, ‘Why were the former days better than these?’ For it is not from wisdom that you ask this.” It is from reverse-chronological snobbery. 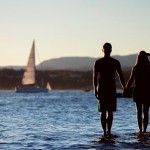 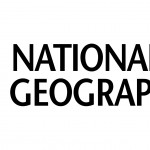 Has Christianity Failed in India?
Today’s post is unusual, in that I am mainly presenting the ideas...
view all Evangelical blogs
What Are Your Thoughts?leave a comment
Copyright 2008-2020, Patheos. All rights reserved.