On Holidays and Calvinist Curmudgeons 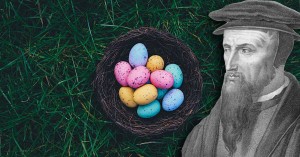 Reformed Christianity can seem sharply divided and at times schizophrenic on the issue of holidays and the church calendar. Many argue that strict application of the Regulative Principle of Worship outlined in our confessions of faith prohibits the observance of Advent, Christmas, Lent, Good Friday, Easter, etc. There is a great deal of piety-policing within more theologically-committed circles where it is a mark of the elite to only celebrate the Christian Sabbath (Sunday), and nothing else. And not without reason.

In the Directory for Publick Worship of God, adopted by Parliament as part of the Westminster Standards, the imposition of holidays is condemned:

“Festival days, vulgarly called Holy-days, having no warrant in the word of God, are not to be continued.”

But the confessions are far from unanimous on the matter. The Second Helvetic Confession, for example, has it:

“Moreover, if in Christian liberty the churches religiously celebrate the memory of the Lord’s nativity, circumcision, passion, resurrection, and of his ascension into heaven, and the sending of the Holy Spirit upon his disciples, we approve of it highly…we confess that the remembrance of saints, at a suitable time and place, is to be profitably commended to the people in sermons, and the holy examples of the saints set forth to be imitated by all.”

As so often is the case, the rift here is as wide as the English Channel, and Continental Reformed seemed to take the more “moderate” position, likely out of hopes of appealing to Lutherans. The Puritans and Presbyterians were extreme, a fact that’s obvious to anyone who compares them with their Continental counterparts. It’s a concern for me and most American Presbyterians, because our churches claim to subscribe to the Westminster Confession, not the various documents from the Low Countries or Switzerland. Yet many of us today observe at least part of the Christian liturgical calendar.

My own conclusion on the matter is that the Reformed confessions can be brought into substantial harmony by recognizing what was really primarily at issue: obligatory observance. The idea that Christians can be obligated to keep a day whose observance is nowhere commanded in Scripture does violate the Regulative Principle by laying down a human command where God is silent. As a matter of fact, it lays down a command contrary to one established by God, to tolerate Christian freedom on holy-days:

Obligatory observance of holidays may seem a strange thing to quarrel over to us today, but many Puritan ministers, as I understand it, had no problem with wearing gowns, but would die rather than accept their imposition. It’s the same way with holidays.

And that’s why freely observing these days in godly ways, that is, reading the relevant Scriptures, singing relevant psalms, hymns, and spiritual songs, and focusing our thanks to God during family meals and gatherings around these particular events in the life of Jesus, seems perfectly acceptable to me. And this stance has at least some explicit precedent in the Reformed confessions.

All that to say, a blessed Maundy Thursday and Good Friday. 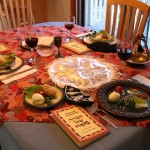 April 6, 2017
Should Christians Eat the Passover Seder? A Response to Christianity Today
Next Post 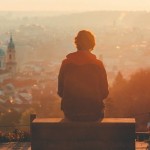 April 21, 2017 There Will Be Child Murderers in Heaven
Recent Comments
0 | Leave a Comment
"I can't come to terms that you believe The Roman Catholic Church preaches and teaches ..."
Charles B55 Christians’ Complicated Relationship with Experts
"Haha enjoy the Prime series then. Eat your manly heart out."
Leila Marshy ‘The Wheel of Time’ As a ..."
"That was my experience, too. (I was 8.) It was less scary to ask the ..."
Michael Bates The Real Reason Evangelicals Don’t Baptize ..."
"Falls Creek usually produced lots of teens rededicating their lives, although there were a few ..."
Michael Bates The Real Reason Evangelicals Don’t Baptize ..."
Browse Our Archives
Related posts from Troubler of Israel