Voting for Grishnákh: A Reductio-ad-Orc for ‘Lesser of Two Evils’ Logic

Is there a candidate, in a democratic system, for whom it would be inherently wrong to vote (in other words, lend power)?

How about Grishnákh, the leg-munching orc captain from Barad-dûr in J. R. R. Tolkien’s “The Lord of the Rings”? Is there an election in which voting for Grishnákh would be permissible, or even obligatory? What if this servant of Mordor was running against a pro-choice candidate, and promised to end abortion?

I put this question to social media recently, and a surprising number of commenters said that yes, if it was reasonable to expect Grishnákh would fight legal abortion, it would be acceptable to cast a vote for an officer in Sauron’s army who has a taste for hobbit flank. 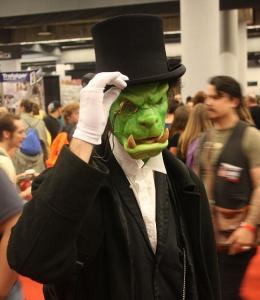 This satirical question is a way of getting at the principle behind the “lesser of two evils” political calculus we’ve heard so much about over the last year. It means that no candidate, ruler, or prince exists to whom it is inherently wrong to lend power, provided we foresee a favorable outcome. An orc could be on the ballot, and it would be acceptable, possibly even mandatory, to vote for him.

Hopefully it’s obvious how foolish this is. There are simply limits to the sort of person for whom a Christian can cast a vote, in good conscience. There have to be. There are people so thoroughly ruled by wickedness and deception and self that it is morally wrong to place them in power. It is preferable, rather, to abstain from the political process, or protest it in some meaningful way. Otherwise, we become partly responsible for whatever the candidate we support decides to do in office. We knew, after all, what he was when we elected him.

No utilitarian calculus about what good we think such a person (or orc) can accomplish is relevant. We may not sin in order to bring about some greater good. Doing so runs counter to the entire system of Christian ethics. We are called to obey God in all circumstances, and let Him handle the outcome. Seeking to manipulate evil for a desired end is diabolical, in the literal sense of the word.

And lest someone insist that we had to play the hand we were dealt, recall that God was not interested in this excuse from Judah when they were threatened with invasion and wanted to turn to Egypt and its chariots for help. Theirs was the ultimate “lesser of two evils” scenario, and through Isaiah, God forbade them from seeking Pharaoh’s help. The Lord expected Judah to do the right thing, refuse an alliance with their pagan neighbors, and trust Him for their salvation, come what may.

If this still isn’t making sense, let me put it in terms many of the loudest defenders of lesser-of-two evils politics can appreciate.

Abortion is often treated by conservatives as a kind of consummate evil. It is the thing so bad, that a promise to end it outweighs all other sins and indiscretions in a candidate or ruler. We must vote for him, even though he eats hobbits, because he says he’ll help end abortion.

Now, aside from this strategy having failed to end abortion for over forty years, it also suffers from a huge blind spot that the pro-choice side readily exploits. Namely, it assumes that nothing could be worse than legal abortion. But some things objectively are. For instance, a woman and her unborn child both dying in a back alley is objectively worse than the child alone dying in an abortion clinic. Two deaths are worse than one.

If it could be reliably shown that abortion-minded women would seek out illegal abortions at the same rate they currently seek out legal abortions, and that many such women would die as a result of dangerous and unsanitary conditions, then under a lesser-of-two evils rubric, it would seem we have an obligation to vote for those who would keep abortion legal and “safe.” Fewer people, after all, will die.

The pro-lifer instinctively and rightly rejects this reasoning, because even if it could be proven beyond all doubt that legal abortion results in fewer deaths, it is objectively wrong for a society to sanction the killing of innocent, unborn children. The consequences of outlawing abortion are not unimportant, and should be carefully addressed, but they are not a basis from which to argue that abortion should remain legal. The moral duty to stop the legal killing of children trumps all utilitarian considerations. We may not endorse the evil of legal abortion at the ballot box by voting for pro-choice candidates, even if we have good reason to expect it will reduce overall deaths.

There are simply some evils which we are forbidden to support in any fashion, even if they are committed or tolerated in the name of preventing some greater evil. Conservatives know this when it comes to abortion.

Yet these same conservatives, when faced with a candidate who promises to end the evil of abortion but either supports, defends, or has committed some other evil, reason that utility demands they save more lives. Excusing an orc for ruining a few hobbits’ lives, and giving him a position of power from which he could potentially ruin more lives, is a price worth paying for the promise to end abortion.

That is how Grishnákh gets elected. 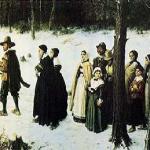 November 7, 2017
Should Christians Carry Guns in Church?
Next Post 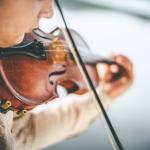 November 19, 2017 A Poorly-Tuned Analogy: Why the Violinist Argument for Abortion Fails
Recent Comments
0 | Leave a Comment
"Oh, reactionary gender roles and a disdain for anything that that does not fit Conservative ..."
Jostein Syvertsen ‘The Wheel of Time’ As a ..."
"Just MAGAlies, leading to 🤢☠️💀☠️ for those that believe this 💩"
Alan Drake Christians’ Complicated Relationship with Experts
"[There was no "lack of God's Word" during the 5-14th centuries. In fact, the Roman ..."
theresa perry Christians’ Complicated Relationship with Experts
""...They want to know where my God gets off..."No, they don't. I realize you're trying ..."
Maine_Skeptic God’s “Yes” and Long Fights
Browse Our Archives
get the latest updates from
Troubler of Israel
and the Patheos
Evangelical
Channel
POPULAR AT PATHEOS Evangelical
1 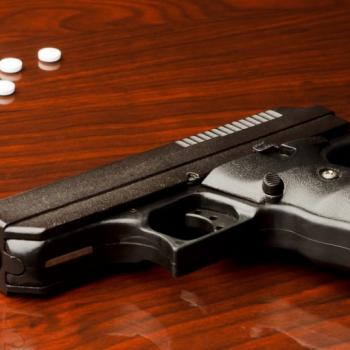