Theotokos–Greek for “birth-giver of God,” or more simply, “Mother of God.” It’s a term that strikes many if not most evangelical ears as “just too Catholic,” but the theology and history behind it are central to what makes us Christians, and what makes Advent and Christmas worth celebrating.

I understand the hesitation evangelicals have about using this title. At face value, it seems to imply that Mary might be the mother of God the Father and the Holy Spirit, or that she somehow brought God into being. Neither of these reflect what the term originally meant, and basically no Christian has ever believed such nonsense. True, Jesus is the only Person to ever pre-exist His mother. But then again, He was also the first Baby to pre-exist the universe. There is much mystery in the Incarnation and the Trinity. None of it changes what a mother is, any more than it changes the fact that God was, in fact, a Baby. 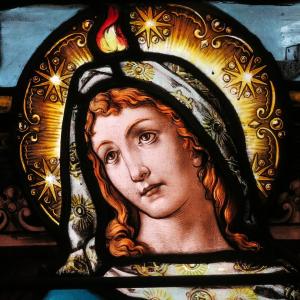 Evangelicals may also hear in the term “mother of God” the lapping of the river Tiber. They know that, for Roman Catholics, this title is associated with a lot more than just good Christology. It conjures doctrines like the immaculate conception, the perpetual virginity, the assumption, and the special intercessory and mediatorial role Mary plays in Roman theology. But the term wasn’t coined in light of any of these. We Protestants shouldn’t let subsequent abuses prevent us from using a word that, far from elevating Mary above her Son, originally exalted the mystery of God becoming flesh–the mystery at the heart of not only the Advent and Christmas seasons, but our faith, itself.

Here’s the quick version of the story behind “Theotokos”: The mid fifth century saw a showdown between two presbyters (who also held the patriarchates of their respective cities), Cyril of Alexandria and Nestorius of Constantinople. These clergymen represented two sides in a debate over the relationship between Christ’s human nature and divine nature.

Both sides claimed to adhere to the Nicene Creed, the product of the first ecumenical council, which condemned the Arian heresy and codified the doctrine of the Trinity as all Christians today confess it. Nestorius agreed in theory that Jesus was truly God the Son, Second Person of the Trinity, and truly man, but he emphasized the distinctiveness of the two natures so much that he created, in effect, two persons: Jesus the man, and Jesus, the Son of God. The word he used for this apparent (but not actual) union of divinity and humanity was “prosopon,” a term for actors’ masks in Greek theater. In other words, Jesus of Nazareth, the person the first Christians saw, heard, followed, and touched on earth, wasn’t necessarily the same person as God the Son. The things that were said about Christ couldn’t necessarily be said about the Son.

Cyril of Alexandria became the chief opponent of Nestorius and exponent of the orthodox view. What’s surprising is that he did so using a single title not for Jesus, but for His mother, the virgin Mary. That title was “thetokos“–mother of God. Though Cyril didn’t come up with the title (it was already centuries old by that time), he used it brilliantly to smoke out Nestorius’ heretical views about Jesus.

Cyril and the Alexandrians were having none of it. And once Byzantine emperor Theodosius II called the Council of Ephesus to settle the matter, Nestorius was quickly stripped of his office and his views condemned as heresy. Cyril’s view–that the natures of Christ were united perfectly but remained distinct in one Person, Who could rightly be said to hunger, sleep, suffer, die, and have a mother, all while remaining fully God–went on to inform the Council of Chalcedon in 451.

Why is all of this so important? It’s simple. If Jesus of Nazareth was not the same Person as God the Son, incarnate in a truly human body with a truly human soul, then His death on the cross was worth no more than the death of an ordinary (albeit righteous) man. He could not atone for the sins of anyone, because this man, as closely associated with God the Son as he may have been, was not the party chiefly offended by sin. He had no business forgiving it (only God can forgive sins – Mark 2:7), nor was his death of sufficient value as a sacrifice to expiate the sins of more than one person, let alone the whole world. Only the death of God could accomplish such a miracle.

Even more importantly, the resurrection of a Nestorian Christ would mean little for us. This one Person who was born of a virgin in Bethlehem, lived the life of a pious Jew, worked miracles for three years, died a criminal’s death at the age of thirty-three, and left His tomb empty had to be totally and irrevocably both divine and human.

Why? Because in Jesus, God became a man to do what man could not. It was not enough for the Creator to uphold His side of the covenant which Adam broke. He had to come and uphold Adam’s side, as well. He took what He is as God and bound it to what we are as creatures, guaranteeing that we could no more fall into the cosmic dust heap than He could. He put His own skin in the game. He paid what we owe as one of us, and then rose with our nature in tow, the “firstborn from the dead” (Colossians 1:18), guaranteeing our transformation in the same manner. He stepped inside the corpse of fallen humanity and brought it back to life. And He could do all of this because He took on everything it means to be human while losing none of what it means to be God.

In the language of the East, the ultimate end of salvation is theosis–the bringing of man into a closer likeness and union with God in Christ. The restoration of all things actually means God and creation will be brought back together–that Heaven and earth will be reconciled. In Christ, this reconciliation happens in a single Person.

The debate over Nestorianism is no mere academic exercise in hair-splitting. The Gospel means nothing if Nestorius was right. If Jesus was not fully, totally, and unambiguously God, His unity with humanity and creation would be useless.

It should be clear by now that the term “theotokos” is not really about Mary, at all. It’s about her Son. It is a profound statement about the wonder and power of the Incarnation. To call Mary the mother of God is just another way of calling Jesus God–one that scares heretics out of hiding by attributing to the God-man the most human of characteristics–having a mom. 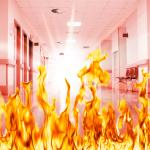 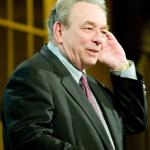 What the 1918 Influenza Pandemic Meant...
Anxious Bench
Related posts from Troubler of Israel