On Outliving the Stars: A Reflection from My Grandpa’s Funeral

A question has haunted us since we began dying: At the end of a man’s days, what is it that gives his life significance? What feature of his threescore and ten years on earth will outlive the year of his death?

Is it the things he built? The ancient pharaohs certainly thought so. They chiseled monuments to themselves where their bones moldered, in hopes that future generations would see them and remember then men who built them. Today, most of these monuments are gone. Those that remain are crumbling shadows and shells of their original glory. In just a few thousand more years, nothing will remain of any of them but dust. And the preponderance of men will never even construct something this enduring.

Is a man significant because of the money he makes? The richest man in history may have been King Solomon, who saw the wealth of the world stream to his palace in Jerusalem and erected for God one of the finest temples in ancient history. Solomon’s wealth lasted just a generation. After his death, his son Rehoboam lost most of his kingdom and squandered his fortune. Solomon’s words in Ecclesiastes came bitterly true: “Vanity! Vanity! All is vanity…I have seen everything that is done under the sun, and behold, all is vanity and a striving after wind.” 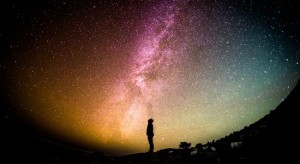 What about family? Surely the children and loved ones a man leaves behind make his life significant and meaningful. For many in our culture, family is life’s goal. Even this time of year is ultimately about family, at least according to sentimental grocery store commercials. But family, too, can vanish in an instant. The people you love most may leave you, they may turn against you, and they may even suddenly depart this life. Scripture is filled with failed families–legacies of great men which ultimately fell apart in the space of a few generations. Even our families, as much as we love them, cannot finally be relied upon to bring lasting, timeless, permanent significance.

Is there no hope, then? Do all of our lives, no matter how well-lived, no matter how monumental, profitable, no matter how filled with love, lose all meaning when we’re committed to the ground? Is everything we are and do really no more than vanity–a striving after the wind? Will we all be as irrelevant as the pharaohs’ tombs, or Solomon’s riches, or all the failed families of history?

Not if ours is the fate of one particular family who mixed the mortar for the monuments of Egypt, who squandered Solomon’s kingdom, who included thieves and murderers and prostitutes and idolaters and all manner of failures, and yet will rule the universe for eternity. This family alone among all those on earth has achieved lasting and eternal significance not because of what they have accomplished, but because of a Man who decided to be born as one of them. We know this because that Man, whose miraculous advent we just celebrated, is not just a Man, but God wrapped in flesh. He proved this when He overcame vanity, and time, and decay, and even death by doing what no man before him had ever done: walking out of his grave, never to return.

With him out of that grave came the flesh and blood of all these vain, insignificant failures in his family line. Unlike the pharaohs of Egypt, their dynasty will never end, and their names will be repeated and sung after the stars die, not because of anything they accomplished, but because their insignificant lives were united by blood–and far more importantly for many of them, by faith–with the life of One who has no beginning or end, who will never again die, and who can never fade, and who became dust like we are so that he could turn our dust into something that will last forever.

My grandpa’s life was and is one of immense and everlasting significance, not because he started a business that fed me for most of my life, or because he was a do-it-yourself genius, or because he ministered to so many around him, or because he left behind a beautiful, big, growing family filled with love, though all of this is true. Gene Smith’s life mattered and continues to matter, and will matter after the earth stops turning because it was joined by faith–a faith that survived anguish and illness–to the indestructible life of Jesus Christ. That is the only possible source of true significance, our firm hope of seeing grandpa again, and our assurance that even death cannot steal the life of those in the family of God—a family compared with which the stars are vanity. 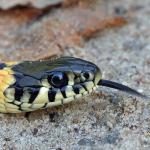 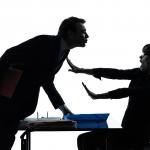