I’m actually 31. This column is adapted from a Facebook post one year ago. It was well-received, and I still think my observations about young adulthood hold true. So I offer them here in a more organized form:

1.) You become who you will be for the rest of your life around age 25.

They say the brain continues maturing until midway through a person’s twenties, and I believe this, based on experience. I don’t think who I am as a person has significantly changed in the last five years, as eventful as that time has been.

The “25-year transition” isn’t obvious at the time, nor is it precisely tied to age 25, but there was certainly a point around halfway through my twenties when something “clicked.” I chose an identity, or perhaps an identity chose me, I settled down, and began building on what I had, instead of continually demolishing and starting from scratch.

I recall experiences in my early twenties that I right away recognized as formative. These impressed themselves on me frequently from around ages 18-25. Since then, the frequency of such experiences has slowed dramatically, and big events (like the birth of a child, a move, or a promotion) become incorporated into what already exists, instead of remodeling it.

If I could go back in time and talk with myself at age 25, the two of us would basically meet as equals (though 30-year-old me would have a much larger bibliography to draw on). If my 25-year-old self went back and spoke with his 20-year-old counterpart, it would be first contact with an eerily-familiar alien life form.

There are, of course, exceptions. The Apostle Paul was probably older than 25 at his conversion. Chuck Colson certainly was. But I suspect these about-faces are so memorable precisely because they’re rare. Men and women don’t usually change course after a quarter-century of life. And when they do, tellingly, it is often the result of Divine intervention.

2.) You will make your best friends in your late twenties.

Though many people make lifelong friends in college, and some even keep up with the close friends they made in high school, maturity and self-understanding after 25 allows you to make new friends or rediscover old ones in a way that eclipses prior friendships.

Having established a sense of self, and having largely set aside (hopefully) the adolescent need to reinvent yourself for the crowd, you can truly begin dealing with others on equal and honest terms. You may stop being embarrassed about sharing quirky interests. The self-conscious mutual mimicry of early friendships, characterized by those friendward glances to make sure you are talking, dressing, and acting in the acceptable manner, gives way to more frequent and earnest meetings-of-minds-and-hearts.

During this time, friends most often share the peculiar and lasting joy sparked by discovering their deepest loves, convictions, and understandings of life coincide. This is marked by an exchange I know well. It usually follows the script C. S. Lewis recounts in “Surprised By Joy”: “What, you too? I thought I was the only one!”

At the same time, the late twenties make for uniquely fair weather for friendships because they are a time of new beginnings. They lend themselves to not only shared experiences, but chosen shared experiences. This forges bonds that are difficult to replicate both earlier and later in life.

3.) You (probably) won’t be a radical by the end of your twenties.

Most college students adopt some ideology they think will fix the world, (if only someone would put them in charge!) Their choice of ideology is usually a function of temperament, their relationship with their parents, and which professors, reading, and peer groups they fall in with.

Every variety of radical from raging Marxists and starry-eyed anarchists to belligerent atheists and pugilistic internet Calvinists (me!) are minted in this way, and they all think they are the first to see the light and will set the world straight. Who can blame them? They’re intoxicated by the sensation of finally having a brain mature enough to grasp systematic thoughts. They’ve never had this heady experience before. They feel they are finding themselves and coming home. But of course, it doesn’t last.

This adopted ideology moderates or falls apart on contact with real, daily life during the mid-to-late twenties. For the lucky or diligent ones, ideology matures into philosophy and philosophy into conviction. Conviction, in an advanced stage of refinement, can even become wisdom.

In others, idealism gives way to pragmatism or even pessimism. Sometimes ideologues react harshly against their first set of beliefs and rebound with another, equally immoderate ideology, starting the process all over, and delaying adulthood. Not everyone comes out of this intellectual meat-grinder better than they went in. But almost no one comes out a radical. If they do, they’re likely to land a teaching position.

4.) Your twenties probably won’t be the best years of your marriage.

I obviously have little experience beyond age 30, and of course there are pessimists out there who will tell you to “enjoy it while it lasts,” and that “you’ll never be more attracted to each other than you are now.” I think this is probably nonsense.

My wife and I have only been married for eight years. But wise couples who have been married for several decades often tell me that the honeymoon stage of the twenties, while exciting, isn’t the most fulfilling part of marriage. That comes later, when your hearts and lives have grown together and your knowledge of one another has deepened.

What our culture looks for in the “falling in love” stage is actually something that grows over time in the soil of faithfulness to your spouse: real companionship and quiet appreciation, and a realization that “we” just makes more sense and yields better results than “I.” It’s far from dramatic. Dying to yourself turns out to be much less like throwing yourself in front of a train for your lover than it is like finding your coffee half empty and being glad she enjoyed it.

5.) Your biography is probably not written, yet.

Beyond a few incidental facts about your birth and education, your twenties likely will not turn out to be significant in the grand scheme of your life (except to you—remember my first observation). This decade will race by, and that’s fine. You don’t begin to exhibit signs of real selfhood until midway through, anyway. Don’t waste time pining for the roaring twenties once they’re gone. They were just for laying foundations.

Our society worships youth, so most of our heroes are young and most of our stories are about young people. This leads to the half-aware misconception that life really happens in your twenties, and that if you haven’t “lived” by the time you get married and/or turn 30, your window is nearly closed.

History suggests otherwise. Most of the great innovators, artists, and leaders who have ever lived did their best work in middle age—in their forties and fifties. It is here that the confluence of bodily health and intellectual growth results in truly mature thought, fully-formed convictions eloquently expressed, a sober assessment of the world’s problems, and the accumulated influence and capital to do something about it.

You will almost certainly be remembered for who you were in the middle of your life, not for who you were at the beginning. And that is the way it should be, since you are most in control of who you are around age 50, and most the result of your own choices, made in good health and sound mind.

In your twenties, you are still predominantly composed of accidents of birth, geography, and education. What’s best about you (perhaps your looks, your singing voice, or your upbringing) are not your own accomplishments. But that also means that what’s worst about you is much more excusable than it will be when you’re 50.

As formative as they are from a personal standpoint, your twenties will do little to define what your children, grandchildren, and (if you are one of the fortunate few) your community, country, or even the world will remember you for. Identity is shaped by introspection, but legacy is shaped when you turn that inward gaze outward and notice other people in a disinterested way, perhaps for the first time. If your 20s are about becoming, everything afterward is about doing. Which I suppose means I had better get busy. 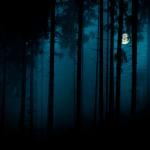 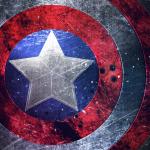 November 18, 2019 “I Understood that Reference!” Tempering the Tyranny of Pop-Culture Obsessions
Recent Comments
0 | Leave a Comment
Browse Our Archives
Follow Us!

Church Should Be Your Excuse for...
The Chorus In The Chaos
Related posts from Troubler of Israel