The topic of race emerged extensively during the presidential elections. In a question Lester Holt asked specifically about healing the racial divide, Trump  repeatedly made reference to the gang violence in Chicago communities to bolster his campaign’s call for “law and order” whilst promoting images of black social delinquency.

In contrast, senator Hillary Clinton has positioned herself as the rightful inheritance to the Obama based democratic political machine and a de-facto extension of her husband’s politics which her campaign assumes would position her greatly among minority especially black voters.

While true of older African Americans, African Americans under 35 are actually not as engrossed in the nostalgia of Clinton/Obama era politics enough to cause the widespread turnout seen in 2008 & 2012. This has forced Hilary to deal with issues regarding “race” head on to turn out this key demographic in a race that is hers to lose. However, this attempt of connecting with black plays into the same violent anti-black prerogatives that have plagued modern politics.

This is best seen in each of the candidate’s thoughts on Chicago. As black men who grew up in Chicago we are appalled by the decision of presidential candidates to continue to portray our hometown as a dark fantasy, a turbulent land of violence that can only be policed through racist facism on the part of Donald Trump or the liberal intrusion on the part of Hillary Clinton.

Trump has advocated that  Chicago could solve crime problem ‘in a week’ if cops got tougher’. Completely ignored in the presidential debates is the role of institutional racism in propping up gang violence in Chicago and its integral role in the creation of the Chicago police department.

The notion that black people in Chicago would be better served through police intensity despite the long history of Chicago police corruption and violence like the scandal we see surrounding Homan Square today shows how the rhetorical construction of Law and Order at the level of speech has less to do with solving the convoluted notion of black on black violence but more to due with assuring white and non-black folks that black actions for freedom will be handled and quashed.

This gives white america safety and ease knowing they will not have to deal, at a real level, with the structural nature of anti-black violence in this country.

In 1919, an African-American boy who was swimming was killed as a result of whites throwing heavy rocks at him. When blacks sought to report the incident to police, they themselves were arrested while the white individuals who had killed this young man went unpunished.

As African-Americans began peacefully protesting, whites began to violently assault them, forming mobs that eventually sought to harm African-Americans through various avenues, from attacking patients in black hospitals to setting fire to the homes of blacks.  The Irish Hamburg Athletic Club was among the groups who made an effort to kill many blacks; a man who would eventually become mayor decades later – Richard J. Daley – was an active member of this group.

The Chicago Police Department Commander Jon Burge throughout the ‘70s to early ‘90s terrorized blacks in the South-Side of Chicago. He rounded up innocent black men and tortured them until they admitted to crimes that they did not commit.

Yet,  Clinton speaks of the need of communities to restore healthy relationships  with the police as though such a relationship has existed somewhere in the past. For Hillary, the liberal tendency to hijack the vocabulary of radical  queer black activists across the country and plaster them across the stage like uno cards hoping to strike the right combination to win was easily identifiable through the solutions proposed.

Empty signifiers like community dialogue with officers or using the faith community more shows the same political sportsmanship her husband used to swindle black voters in the 90s while intensifying neoliberal prison warfare upon our people.

When it comes to Trump, the high homicide rates in Chicago that Trump pretends to loath cannot also be separated  from the larger history of institutional racism.   The Chicago Housing Authority from its very inception  passed the Neighborhood Composition act seeking to confine blacks to segregated  areas of Chicago. Of course, all of the housing that the Chicago Housing Authority set aside for blacks was decrepit; many apartments lacked plumbing, were overcrowded, and far below requirements for healthy sanitation. The wretched economic conditions imposed upon  black neighborhoods bred the conditions for gang warfare over control of the drug economy.  The street gangs in Chicago are a product of social conditions created and fostered by institutional racism.

As Black Chicagoans, we demand that politicians cease using our community for political talking points. Any discussion on the high homicide rates in Chicago that does not include  an in-depth analysis in the role of racist city-planners in creating such conditions is bound to be erroneous in its analysis and participate in the same epistemic racism we saw tonight across the country in the first of several presidential debates. 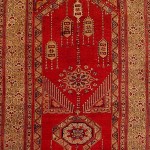 September 24, 2016
Why I pray for Black Liberation.
Next Post 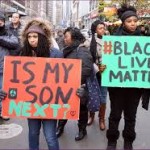 October 4, 2016 4 Khutba ideas to Support Black Lives Matter!
Recent Comments
0 | Leave a Comment
"It is actually a jewish centre appropriated as usual by the muslims, by force, of ..."
Lea Williams Black Orientalism: Refutation from the Prophetic ..."
"When you stand with Minister Negro Hitler, aka Farrakhan that is the problem. Every time ..."
Greg Abdul Dawah in 21st century Black America: ..."
"Barros Serrano is definitely trolling. Folks that are threatened by truth, Justice, and Equality are ..."
Jeremy When Muslims Join Forces with an ..."
"Barros Serrano definitely hates Islam. Who else writes the Holy Quran as “Koran”? People who ..."
Jeremy France’s System White Supremacy & The ..."
Browse Our Archives
get the latest from
Muslim
Sign up for our newsletter
POPULAR AT PATHEOS Muslim
1

Muslim
Who Decides Who Are Our Muslim Heroes?
Truth to Power 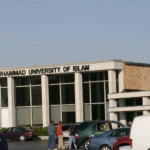 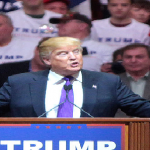 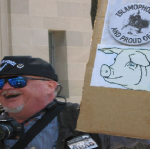