“I’ve come back from Mecca with the determination to turn our community into the finest Islamic community in the entire world. We are not going to be Muslims in name but we are going to be practitioners of the faith in every aspect of it” – Louis Farrakhan

We need to do a dawah or fishing(as it is called in black Muslim vernacular) articulating  why the life of Prophet Muhammad(Peace Be Upon him) is absolutely vital to study if we are to effectively combat the oppressive social conditions to which black people are enduring.

In the historic interview between Imam Warith Deen Muhammad and the Honorable Minister Louis Farrakhan, both men emphasize the importance of studying the life of Prophet Muhammad(Peace Be Upon Him), as the way forward for our communities.  The Honorable Minister Louis Farrakhan raises the question,”Whose history should we become most proficient in if we are going to be successful in transforming our lives and the lives of our people? It must be the life of Prophet Muhammad, peace be upon him.”

Why is the Prophetic biography relevant to guiding the struggle of Black people in America?  During the period of Jahaliya or Pre-Islamic Arabia, a socioeconomic arrangement existed in which the poor and oppressed would pay elites in order to worship various idol deities. Other oppressive practices included usury that resulted in widespread economic disparities.

In the black community, we can find parallels between the profitability of idolatry, socio-economic inequities and the prosperity doctrine taught within black Christian churches to keep them subjugated and oppressed.  In addition to that, payday loan services based upon interest banking are widespread in the black community.  As we combat these social ills in our communities, we need to thoroughly study, articulate, and develop a pragmatic plan of action to combat these social ills in our community.

Moreover, in studying how Prophet Muhammad(Peace be Upon Him)  dealt with figures such as Abu Jahl, we can find guidance on how to deal with adversaries and opponents to our progress and advancement.  We can learn how to rely upon Allah(SWT)  when being oppressed by worldly forces and how faith can be utilized to help us against politicians and other temporal leaders who use their temporal power to oppress and tyrannize the masses. We need to examine the seera for guidelines

As black people, our forefathers came to the Americas in slave ships and they were subjected to immense unbearable tyrannical conditions. Our people resisted.  Prior to launching what has been designed by historians as the most successful urban slave rebellion, the enslaved Africans passed a document which reads,”“Peace and blessings of Allah be upon our master the Prophet.” Why in the midst of a slave rebellion, would enslaved Africans take the time to send peace upon this man? Just who  was he and why is he so important? The masses of Black America who as a result of slavery were separated from their original religion deserve to know. Let’s get to work talking to our people about the seera. Let’s examine the principles found within his life and put them into practice. 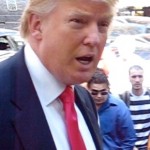 November 9, 2016
Advice for Muslims: How to deal with a Trump Presidency.
Next Post 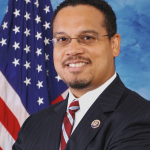 November 22, 2016 Can Keith Ellison Revitalize the DNC?
Recent Comments
0 | Leave a Comment
Browse Our Archives
get the latest from
Muslim
Sign up for our newsletter
POPULAR AT PATHEOS Muslim
1