Are you a black Muslim whose foreign exported interpretation of Islam has led to you becoming hyper focused upon issuing criticisms of others? Are you now devoting a disproportionate amount of time studying the alleged deviations and innovations of scholars from the past to present?

Have you began to operate under the premise that in order to practice a more authentic version of Islam you must culturally apostatize from Black America and adopt Middle Eastern culture?

Have you detached black liberation and African consciousness completely from your practice of Islam?

Has your interpretation of Islam led to you giving sermons after sermon on the importance of not imitating the “kuffar” in how one dresses?  Have you began to shun secular education and civic engagement as things for the “kuffar”?

Are you on a theoretical level very strong on issues of Islamic aqeedah but could not meet the Hon. Minister Farrakhan’s challenge of, “If you have the proper tawhid and the proper aqeedah, you must have the proper actions that bears witness to your aqeedah”, if your life depended on it?  Is your failure to live up to this challenge rooted in the fact that you have not applied your aqeedah in order to take actions to build sustainable institutions in the black community working for the improvement of black life?

If you have all or quite a few of the attributes above you may be suffering from the pathology of Toby Muhammad.

Other Manifestations of Toby Muhammad

Is your Masjid a place where you merely go to discuss spiritual methodologies to purify the heart from envy, arrogance, and greed but not also a place where you discuss, develop, and actively develop plans to purify the black ghetto of drugs, gang violence, and poverty? Has your delving into Islamic mysticism in pursuit of some sort of spiritual high  led to you neglecting the need for faith to address the materialistic needs of black people?

Are you a Black Muslim who has studied traditional Islamic sciences yet instead of being in the black ghetto to address the theological questions therein you work predominately in immigrant Muslim communities?

Have you studied the deen in remote areas of Syria and Yemen and as a result of your studies can wax philosophically about Al-Ghazali’s Begining of Guidance or Ibn Sina’s metaphysics but cannot articulate such scholarship in a contemporary context to influence disenfranchised black brothers in the inner-cities to put down those blunts and to turn away from involvement in gang activity?

Are you a Black Muslim that is content with merely working within immigrant Muslim built organizations and institutions which are largely apathetic to the issue of black liberation instead of actively working to create and develop independent Black Muslim institutions that would bring about black power?

Are you a Muslim intellectual whose scholarship is making waves in the elite courtiers of academia or in insular Muslim intelligensia circles but not taking root within the most impoverished and disenfranchised black ghettos on a grassroots levels where such scholarship is needed the most?

Islam as a Praxis For Black Liberation

In his seminal book, Back of the Bus To The Back of The Camel:  Analyzing the psychology of Toby Muhammad, brother Hameed pinpoints the obstacles which prevents black folks from using Islam as a praxis for meaningful liberation and argues that the mentality of “Toby Muhammad” must be destroyed if black Muslims are to mount an effective liberation theology that empower them and their people.

Yet, who exactly is Toby Muhammad? The name Toby derives from the historical film Roots in which the enslaved African Muslim is beaten as the name Toby is forced upon him by his slave master. Yet,  in this book Toby has the last name Muhammad which may seem odd. However, the reality is Toby Muhammad is both a slave and a Muslim at the same time.

The Journey of Toby Muhammad

According to brother Hameed, Toby Muhammad’s Islamic journey began as a member of the Nation of Islam where he became disciplined, displayed the best of manners, work ethic, and was civically engaged with an undying commitment to the black community.

After the departure of the Most Honorable Elijah Muhammad, Imam W.D. Mohammed began gradually to introduce Sunni-oriented reforms to the Nation of Islam. Brother Hameed writes that, “Toby began to feel as if he had outgrown the community of Imam Mohammad.” Whereas before as a member of the NOI, Toby would have never accepted immigrant or foreign Islamic tutelage, he began to think more and more they had a more authentic version of Islam.

After all, they could speak and knew Arabic and did not have to rely on translations, some originated in countries associated with the Prophet Muhammad (PBUH) and his companions, and some even wore Middle Eastern clothing.

According to Hameed, growing increasingly impatient, Toby left the community of Imam W.D. Muhammad and acquired poorly translated Islamic literature related to the Sunnah and Fiqh for his new understanding of Islam.  He began studying in Egypt and Saudi Arabia where he believed he would learn pure and unadulterated Islam.   While during his overseas studies, Brother Hameed  states,

“With the emphasis on learning the different creeds of countless Islamic scholars from the past, the alleged deviations of countless Islamic scholars of the present… the priority of solving social problems was pushed to the back-burner. There was no time to focus on the present school to prison pipeline, unemployment, educational, economic, health and wealth disparities, black on black homicide, the frequent shootings of unarmed black men by police, political disenfranchised and the list goes on.”

While Toby could have absorbed the information in classical Islamic text and increased his fluency in Arabic, he could not mount nor effect an effective liberation theology that would efficiently empower black American Muslims. Brother Hameed notes that as a result, Toby became, “The very antithesis of who he was while in the Nation.” The slave mentality which he was cured of in the Nation became reemerging within Toby as he accepted the tutelage of foreign shaykhs. Brother Hameed  notes instead of being progressed by Islamic knowledge, he became Asphyxiated by it.

The Islamic Knowledge of Toby Muhammad

Returning to the United States from his studies, brother Hameed states that Toby at his local Masjid became a master at teaching the Islamic etiquette of eating, yawning, passing wind, sleeping supplications and the importance of not imitating the kuffar in how one dressed.

What Toby Muhammad could not do is articulate an effective liberation theology from the  Sunni Islamic tradition so that Islam would be active in curing and solving social problems within the black community.

Toby Muhammad went from being on the back of the bus subservient in a white Christian world to doing for self and creating his own bus and being healed of social pathologies emanating from slavery upon joining the  NOI and then after his departure from the NOI being placed on the back of a camel after accepting the tutelage of foreign shaykhs whilst  adopting a culturally inappropriate, outdated interpretation of Islam  that did not address the material or spiritual needs of black people.

The State of Sunni Islam in The Black Community

Brother Hameed also explains that Islam must work to solve distinctive pathologies and social problems emanating from white supremacy and its impact on the black community. Hameed writes that, “Black Sunni Muslims have not been able to appropriate Islam in this manner while the Nation of Islam succeeded in this.”

As a direct result of this, Sunni Islam has been assigned to irrelevancy in the black community so much so that Hameed argues that, “If a Black Sunni Muslim tells a non-Muslim that he or she is a Muslim, in many cases, they think the person is a member of the Nation of Islam which means Black Sunnis have not contributed much to the black community if they are unaware of who you are.”

This book in many ways builds upon Dr. Sherman Jackson’s analysis in  Islam and the Blackamerican: Looking Toward the Third Resurrection. Dr. Sherman Jackson has argued that  that if Islam loses the valuable place it has had in the Black community, this will have detrimental consequences on the entire Muslim community. This means the implications of eradicating ourselves of Toby Muhammad are dire.  In my vantage point,  if black Muslims are going to make Islam meaningful to black people than we must eradicate ourselves of Toby Muhammad and all of his attributes.   Toby Muhammad is not any one individual but a mentality that keeps black Muslims in a subservient and weakened state.  After reading From the Back of the Bus to the Back of the Camel,  I am convinced that black Muslims must seek to actively eradicate Toby Muhammad as an actual spiritual praxis. This would entail:

1)A Hira to the Hood among black Muslims who have studied the deen to reverse the black Islamic brain drain to immigrant communities and to demonstrate unwavering Islamic commitment to inner-city black Muslim communities.

2) .  Reindigenizing Islam in Black America by rejecting islamic tutelage under foreign or immigrant shaykhs. The creation of autonomous and independent black Muslim seminary schools to prepare Imams to teach a doctrine of black Muslim liberation theology to their communities.

3) A en-masse Black Muslim  withdrawal from all Muslim organizations who are apathetic to the issue of black liberation and the development of organization and institutions among Black Muslims to solve social problems in the black community.

4) Actively working to return Islam to having the positive transformative impact it once had on the black community and restoring Islam image in black America as the faith which will secure them freedom, justice and equality.

Reading From the Back Of the Bus, to the Back of the Camel: Analyzing the Psychology of Toby Muhammad is the first step! 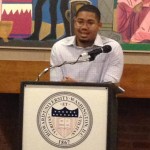 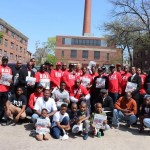 April 25, 2017 Black Muslims in Baltimore: Community Clean Up!
Recent Comments
0 | Leave a Comment
"When you stand with Minister Negro Hitler, aka Farrakhan that is the problem. Every time ..."
Greg Abdul Dawah in 21st century Black America: ..."
"Barros Serrano is definitely trolling. Folks that are threatened by truth, Justice, and Equality are ..."
Jeremy When Muslims Join Forces with an ..."
"Barros Serrano definitely hates Islam. Who else writes the Holy Quran as “Koran”? People who ..."
Jeremy France’s System White Supremacy & The ..."
"What a false comment from this Barros Serrano’s dude. That’s the “divide and conquer” game. ..."
Jeremy Dawah in 21st century Black America: ..."
Browse Our Archives
Follow Us! 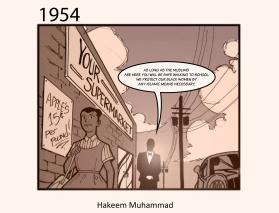 Muslim
The Islam of Black Revolutionaries.
Truth to Power 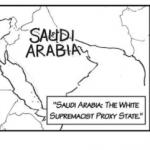 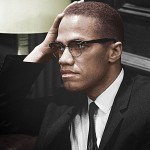