The Second Sunday of Easter

Last Sunday’s Gospel showed the Risen Lord outside his tomb meeting at daybreak the women who came to fulfill what was not done at his quick burial.

In today’s Gospel, the Risen Lord showed himself twice to his followers.

He first went to them in the evening following his Resurrection, and standing before them he did three things.

First: he showed them his BODY with open wounds in his hands and side— his real BODY raised from the dead.

Second: he BREATHED on them and said:  Receive the Holy SPIRIT.

Three great things: the BODY; the BREATH or SPIRIT of God; the FORGIVENESS OF SINS.

These three also showed up in the earliest days of our race: BODY, BREATH and SIN.

The Word of the Lord in the Book of Genesis shows God shaping our BODY out of earth.

In today’s Gospel our BODY was the first great sign from the Risen Lord.

He showed his real BODY— no longer dead but raised and glorified.

In the Book of Genesis, after God shaped our body from earth, he BREATHED into it his own BREATH, the SPIRIT of Life.

In today’s Gospel, God’s BREATH, God’s SPIRIT was the second great sign and gift from the Risen Lord.

The Risen Lord BREATHED out the SPIRIT of God upon his disciples, his Church, his BODY— just as in Genesis God had BREATHED his SPIRIT into our earthen BODY.

In the beginning, after God shaped our BODY and BREATHED into it his SPIRIT, we went on to SIN against him.

And so in today’s Gospel the Lord who rose from the dead in his BODY upheld his Body the Church to FORGIVE SINS.

So on the day he rose from the dead he remade humankind in a new way: the BODY, the BREATH or SPIRIT of God and the FORGIVENESS OF SINS.

Christ risen from the dead BODILY is the new beginning of our race.

The apostle Thomas saw the new beginning a week later than the others.

But he was the FIRST person in the Gospels to say that Christ is himself GOD: My Lord and my GOD!

The weird token for Thomas that he was looking at GOD was the truth of the DEADLY WOUNDS in Christ’s body.

God bearing bodily the marks of suffering and death is weird and a scandal.

That true God was born a true man is a scandal.

That God died a human death as a criminal is a worse scandal.

That Christ is truly God who died on the cross, and rose bodily from the dead is a further scandal.

All those scandals are the same as the one here at the altar of the Eucharist.

The will of God the Father, the words of God the Son, and the power of God the Holy Spirit are one in changing bread and wine into the Body and Blood of Christ:

the Body and Blood born at Bethlehem;

the Body and Blood offered on the Cross for us as the new and eternal covenant for the forgiveness of sins;

the Body and Blood risen from the dead and shown to the apostles;

the risen Body and Blood for Thomas to feel with his own hands.

The Lord gave these scandals to his Church.

We go on making them known through the Gospel and the Eucharist.

We tell of Christ crucified and risen.

We call the world to believe and uphold with us the oath: My Lord and my God!

To own that faith and to undergo Baptism is to have God take us up and into the truth and life of the Risen Christ.

It is to live and move and be IN CHRIST.

Baptism takes our BODIES, our souls, our whole being into the promise and beginning of rising from the dead.

Because of Baptism, God the SPIRIT is BREATHING within us.

Baptism is DIVINE MERCY, the FORGIVENESS OF SINS.

As we shall all swear in a little while: I confess one Baptism for the forgiveness of sins, and I look forward to the resurrection of the dead and the life of the world to come.

In Baptism, in all the sacraments, in the Eucharist, the life of the world to come has already begun.

We the baptized no longer descend from Adam.

We now descend from Christ the Son of God.

His Eucharistic Body and Blood bear within them the end of the world, and give us God’s kingdom, the new heavens, and the new earth.

The world of bread and wine ENDS in the Eucharist where there is really present the true Body and Blood of Christ.

In his Eucharistic Body and Blood he hands over to believers the DIVINE MERCY of his death for SIN and of his resurrection.

In his Eucharist, the Risen Lord still stands among his disciples as truly as he did among his first apostles.

With the apostles it is OUR OWN calling now to tell the world what the Word of the Lord says in the First Letter of Saint John [1:1-4].

That which was from the beginning,

which WE have heard,

which WE have looked upon

and touched with OUR hands,

concerning the word of life—

the life was made manifest,

and WE saw it,

and testify to it,

and was made manifest to US—

that which WE have seen and heard

WE proclaim also to you,

so that you may have communion with US;

and OUR communion IS with the Father and with his Son Jesus Christ. 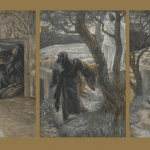 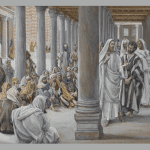 May 2, 2020 The Fourth Sunday of Easter Is Good Shepherd Sunday
Browse Our Archives
get the latest from
Turn. Love. Repeat.
Sign up for our newsletter
POPULAR AT PATHEOS Catholic
1 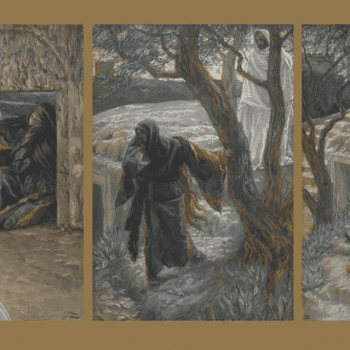 Catholic
Getting Possessed for Easter, My, Oh My!
Turn. Love. Repeat. 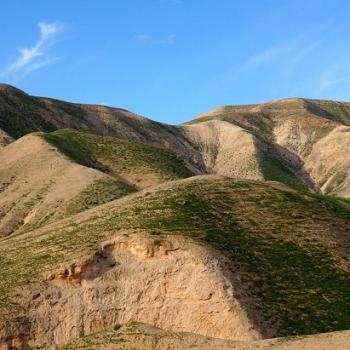 Catholic
Breaking Our Hopes Into Greater Ones
Turn. Love. Repeat. 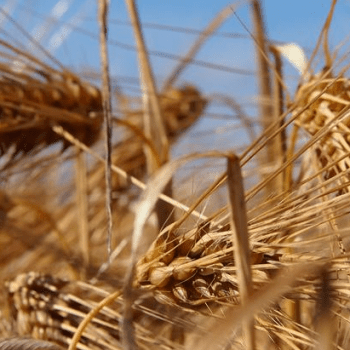 Catholic
I Am the Wheat of Christ
Turn. Love. Repeat. 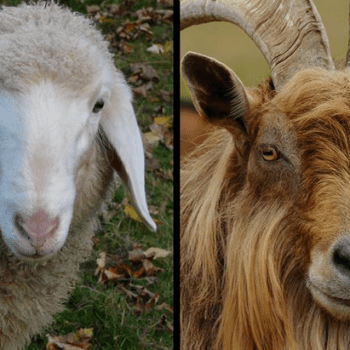 Catholic
One Nation Under God? Maybe Not. There Will...
Turn. Love. Repeat.
TRENDING AT PATHEOS Catholic