Falling Below the Poverty Line and Over the Fiscal Cliff 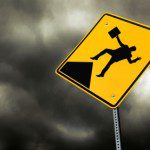 Listen to this piece..

Did you know that according to the U.S. Census Bureau, nearly 50 million Americans are living in poverty? The 2011 U.S. Census figure for those living in poverty was 46 million. According to the Organisation for Economic Co-Operation and Development, the U.S. ranked third-highest in poverty among developed nations in 2011; Turkey and Mexico were the only developed nations whose rates were higher. You may be wondering what the poverty line is: according to the Office of Management and Budget “and updated for inflation using the Consumer Price Index, the weighted average poverty threshold for a family of four in 2011 was $23,021.” There are scores of other people who rise above this line but who are finding it very hard not to fall.

I have found that poverty does not respect age or hard work or place. Did you know that more than one out of every five young children lives in poverty in the U.S., the wealthiest nation on earth? The U.S. Bureau of Labor claims that more than 7 million Americans are working two or more jobs in the effort to make ends meet. And did you know that suburban poverty has now surpassed urban poverty?

You can find out this kind of information and more just by checking out the links above and watching the documentary, The Line. You and I will find in watching the movie and through experience that this is more than information about percentages. It is about real people’s lives—people just like us.

Perhaps we presently think that it is only lazy people, or people with no education, or people who don’t have the necessary experience who face poverty. Perhaps the only time that we will take it to heart that poverty is no respecter of persons is when we come to realize that falling below the poverty line could happen to us. The Line’s story of individuals like “John”—a hard working, well-educated man who had done quite well financially until the economic floor beneath his feet gave way—suggests that it could happen to anyone.

As the debate on the fiscal cliff continues in Washington, we need to consider how lawmakers’ decision or indecision will affect everyone, especially the most vulnerable, in the short-term and long-term. This is no academic or partisan exercise for those who fall below the poverty line, or for God for whom caring for the poor and oppressed, including the orphan and widow in their distress, is central to true religion (See for example Luke 4:16-21 and James 1:27). We need to engage in rigorous, bi-partisan discourse that addresses hard realities and hard issues concerning the poor, as those set forth in this recent article by Jim Wallis, “Our Fiscal Soul and the Arithmetic of Protecting the Poor.”

As my view of being pro-life has expanded over the years in view of Scripture and the complexities of life, I have come to cherish public policy concern not only for those not yet born but also for those who have been born who are at risk. We need a theology and a politics that is pro-life, all of life, across the board. Such a pro-life package will include advocacy for the poor. We need to make sure that Jesus’ mission which highlighted the poor (Luke 6:20) in addition to the poor in spirit (Matthew 5:3) is not aborted.

If we don’t care about what Scripture says, or about protecting the poor, we should at least ask and answer the following question: who will be there for the rest of us, if we trip and fall over the fiscal cliff and into poverty?

December 29, 2012 Saying Goodbye to Entitlement Thinking and a Classless Society
Recent Comments
0 | Leave a Comment
"Most conspiracy theories are actually observations of conspiracy facts . Facts that prove conspiracy that ..."
Truth-Road LessTravelled Conspiracy Theories: Harmful and/or Healthy?
"Except Christians didn't invent human rights, or morality. That you believe so, or that Hitlers ..."
Truth-Road LessTravelled MLK’s Faith: Inspiration to Keep Going ..."
"Human rights are a "Christian" invention at best.Logically, there are no human rights, dog rights, ..."
bill wald MLK’s Faith: Inspiration to Keep Going ..."
"Your view..."They were marching to gain sympathy and political power and, I suppose, it boosted ..."
Truth-Road LessTravelled MLK’s Faith: Inspiration to Keep Going ..."
Browse Our Archives
Related posts from Uncommon God, Common Good