Saying Goodbye to Entitlement Thinking and a Classless Society 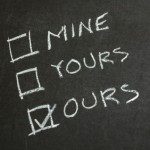 Entitlement thinking is a classless thing. It cheapens the people who demand special privileges and things they do not deserve.

What are we entitled to as Americans, whether we are rich or poor or somewhere in between?

What are we entitled to as American Christians, whatever our socio-economic status?

As Christians, are we entitled to certain religious privileges not awarded to others based on being here first? Keep in mind that we weren’t here first. The First Nations or Native Americans were here first, and the land was taken from them. As my Lakota Sioux friend Richard Twiss says, “The reason why they call it the land of the free is because they never paid us for it.” So, how are we dominant or majority culture Americans and American Christians entitled to special privileges for something we did not earn or buy?

If we have money, should we necessarily spend it all? Or should we live below our means? I remember a realtor telling my wife and me that we should get a bigger house when we have more money. Her statement struck me as odd. It wasn’t because of need but because of societal expectations and the accompanying sense of entitlement. Of course, I should expect most realtors to try to get me to sell and buy bigger. After all, from their vantage point, that’s their job. Still, my realtor expected me to take her point on board as a self-evident truth: more money means by necessity more and bigger and better things. Not so to John Wesley, the father of Methodism. He said, “Having first gained all you can, and secondly saved all you can, then give all you can” (John Wesley, “The Use of Money,” in Albert C. Outler, ed., The Works of John Wesley, vol. 2, Sermons II, 34-70 {Nashville: Abingdon Press, 1985}, p. 277). Notice that there was nothing in his statement about spending as much as you can. And by the way, he gave a lot away to those who were in need.

God gave his very best to those who were in need. God gave us his Son (John 3:16). God’s economy is one of self-giving love, not of getting as much as one can for oneself. God sacrifices himself for the other, even and especially when the other doesn’t deserve it or even care. God is not the God who climbs the ladder, but who demonstrates his glory in downward mobility (See Philippians 2:6-8) and trickle up economics that make it possible for all of us to experience the riches of his grace (See Ephesians 4:7-13; while the passage is about spiritual gifting in the ecclesial body bound up with Christ’s descent and ascent, it reflects the heart of a God who gives good gifts to people in various ways in view of his mercy in Christ and makes it possible for them to be good stewards of his grace).

In contrast to the entitlement thinking so prevalent in our culture, God’s grace makes people grateful. Those who are not grateful have not truly experienced God’s grace. God’s grace makes it possible for me to be thankful. I am thankful for the computer salesman yesterday who told us not to go with a more expensive model; he said we did not need it. I am thankful for my medical doctor friend who as a Christian does not get his children everything they want, even though he could. I am thankful for the man in poverty who does not demand from others, and is grateful for what he receives. I am also thankful for people who have made it who realize they did not do it alone, and would not have made it without others’ helping hands. There is something so classy about gratitude.

One of the classiest individuals I know is Dr. John M. Perkins. Several years ago, this elderly African American Christian civil rights leader from Mississippi spoke in one of the most distinguished and affluent churches in the Greater Portland area where I work. He told the congregation that he has a debt of gratitude to pay to God. Please note that Dr. Perkins was born into poverty. His mother died breastfeeding him. He only has the formal education of a fifth grader. He was beaten nearly to death by white police officers in 1970 for his efforts as a pastor and community leader in caring for the marginalized African American population in his town in Mississippi. And yet, he told this congregation of mostly white middle and upper middle class people in Portland, Oregon that he has a debt of gratitude to pay to God for how God’s love and grace in Jesus has so transformed his life. By the time he was done speaking, the congregation was in tears, sensing no doubt how indebted they themselves are to God to hear such a man speak and to receive the free gift of eternal life for which Dr. Perkins himself is so grateful.

Say goodbye to entitlement thinking and a classless society. Say hello to gratitude and class.

Dr. Perkins’ life is a living metaphor or parable of the kingdom of God. That is why I like to reflect upon his life and work so much. He is also a model American. Smart. Industrious. Entrepreneurial. Hard working. As the co-founder of the Christian Community Development Association, author of numerous books, and advisor to several U.S. Presidents, he preaches and teaches that handouts don’t help restore people’s dignity. Nor a system that keeps people down. He teaches that people should work and work hard. He also teaches that the government should work hard for the people in need to help them move toward sustainability. Dr. Perkins calls on the government and investors and communities to make it possible for the poor to own the pond (See such works of his as Beyond Charity: The Call to Christian Community Development and With Justice for All: A Strategy for Community Development). It is not enough to give the poor fish or to teach them to fish. We need to make it possible to help the poor take ownership of the economic pond. We need to come alongside them and teach them skills and provide microenterprise loans and invest in them so that they can get going and get ahead.

It’s very hard for people to pick themselves up by the bootstraps if they don’t have any, as one African American pastor said. It’s very difficult for people to pick themselves up, if their kneecaps have been broken one too many times, as a white ivy league academic told me. As Dr. Perkins has told countless people, he needed other people’s help to get going and get ahead. He especially needed God’s help. He’s so grateful that God and others provided. How about you and me? Are we grateful for the level of success to which we have attained? Do we realize that others have made it possible for us to be where we are and that we did not do it alone?

In one sense, none of us are entitled to anything other than God’s judgment. We do not deserve God’s grace. That’s why we are all indebted, and in more than one way. We are indebted to God and others and we demonstrate it by caring for others who don’t deserve our compassion, just as we don’t deserve God’s grace (See Matthew 18:21-35; while the passage is about forgiveness, Jesus makes use of imagery bound up with forgiving economic debts; the same principle applies).

My friend Scott Olson works for a homeless shelter for families called My Father’s House. They are out to change the conversation regarding entitlement and charity for the rich and poor and everyone else in between. Some of the homeless people with whom Scott and his colleagues work feel entitled to handouts. Some of them don’t know any better, he says. All they’ve ever known is poverty and charity. My Father’s House patiently works with the families in order that they might develop a sense of dignity and take responsibility for their lives. Others with whom they work are incapacitated on account of drugs and alcohol and systemic shortcomings. They cannot make it on their own, even though they want to make it and are really trying to make it work. Finally, there are those who do make it as a result of the efforts of Scott and his fellow workers at My Father’s House. They move toward a place of sustainability, where they no longer need to rely on the government and non-profits like his ministry to stand on their own feet.

Scott and those at My Father’s House are grateful for the privilege of working with these various people, even though it is costly and draining at times. They do not sense that they are entitled to working with ‘better’ people. In view of God’s grace, they realize that they themselves are indebted to God who has given them a place at the table in his house.

Grace and gratitude change the conversation. Rich and poor and everyone in between move beyond entitlement thinking when grace is in our hearts, our homes, and in the public square. Together we become a people with a whole lot of class who redistribute our wealth freely because of our shared need.

December 27, 2012
Falling Below the Poverty Line and Over the Fiscal Cliff
Next Post