Christian-Muslim Whack Jobs and Work for the Common Good 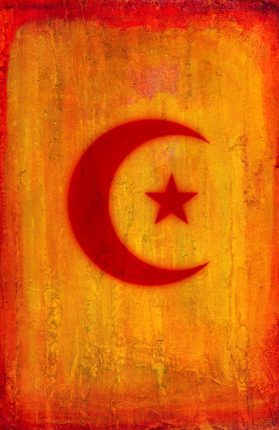 Christianity is not one-dimensional or monolithic. Nor is Islam. I don’t like it when all Christians are lumped into one category. For example, Catholics, Orthodox and Protestants differ on substantial points concerning Christianity. While many Christians will acknowledge that there are different Muslim communities (such as the Sunnis and Shiites), they may not be willing to account for differences concerning how various Muslims live. For example, given how the news media and Hollywood at times portray Muslims as hostile and violent people, and given certain events from history, we may tend to think that the Muslim tradition or Islamic beliefs lead to violence. Some critics of Christianity make the same assessment of our religion: Christianity at its core is destructive and fosters hatred and intolerance of those outside the camp. Not all Christians attack the homosexual community and many speak out against hatred of gay people. So, I would want to challenge the claim that all Christians hate gays and lesbians. The same goes for how we approach people of diverse ethnicities and religious traditions. One size of Christian does not fit all.

I believe Muslims feel the same way, based on my personal interaction with them. We need to guard against saying all Muslims act in the same manner. Moreover, when we find Muslims operating in a different manner than what we believe to be uniform for Muslims, we should not say they are out of step with true Islam, but allow them to define how they see and practice Islam. For example, the Ahmadiyya Muslim Community has developed an initiative titled Muslims for Peace. While persecuted by other Muslim groups as heretical given their claim that Jesus has already returned metaphorically through the founder of their movement, and while Christians may find their peaceable posture inconsistent with Islam as they perceive it, the Ahmadiyya Muslim Community sees itself as an orthodox Muslim tradition due to their adherence to all pillars of Islam. Just as I don’t like it when some other Christian groups consider Evangelical Christianity as counterfeit, so I don’t like it when Christians, including Evangelicals, view the Ahmadiyya Muslim Community in this way.

The former president of the Ahmadiyya Muslim Community’s mosque in Portland, Oregon said that Muslims and Christians need to move beyond who has been guilty of the most hatred and bloodshed in its treatment of the other. Mr. Richard Reno claimed that we need to get beyond who has committed the most “whack jobs” (See the chapter by the title “Whack Jobs” in my book, Connecting Christ: How to Discuss Jesus in a World of Diverse Paths, Thomas Nelson, 2012) and focus on core theological differences between Muslims and Christians such as what we make of Jesus, whom both religions honor, albeit in very different ways. More will be said about this matter in a future post.

Values I share with this Muslim community include promoting peace between religions, thoughtful reflection on the theological and ethical convictions that unite and distinguish us (see the exchange with Mr. Reno on Christianity and Islam in my book, Connecting Christ), and civil discourse that celebrates free speech and religious expression (see for example the op-ed piece in The Washington Post by Mr. Harris Zafar, the National Spokesperson for the Ahmadiyya Muslim Community entitled “Making Islamic Sense of Free Speech” ). Mr. Reno, Mr. Zafar and I, among others in our immediate Muslim-Christian circles, are moving beyond claims about who has committed the most whack jobs to ways of working together in pursuit of the common good.

January 31, 2013 Are Christian and Muslim Convictions Compatible with American Values?
Recent Comments
0 | Leave a Comment
"Most conspiracy theories are actually observations of conspiracy facts . Facts that prove conspiracy that ..."
Truth-Road LessTravelled Conspiracy Theories: Harmful and/or Healthy?
"Except Christians didn't invent human rights, or morality. That you believe so, or that Hitlers ..."
Truth-Road LessTravelled MLK’s Faith: Inspiration to Keep Going ..."
"Human rights are a "Christian" invention at best.Logically, there are no human rights, dog rights, ..."
bill wald MLK’s Faith: Inspiration to Keep Going ..."
"Your view..."They were marching to gain sympathy and political power and, I suppose, it boosted ..."
Truth-Road LessTravelled MLK’s Faith: Inspiration to Keep Going ..."
Browse Our Archives
Related posts from Uncommon God, Common Good