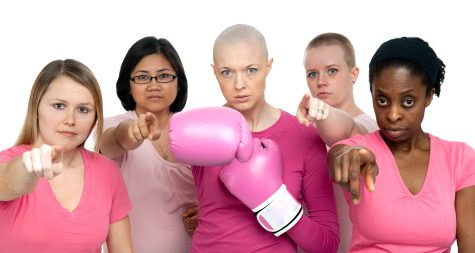 A dear friend and advisor of mine who is African American is battling cancer. As we spoke on the phone yesterday, she told me that “Disease neutralizes racism.” Her statement was based in the reality of her recent experience with fighting for her life, not the result of sterile, idle reflection.

While waiting for her cancer treatments over the past several weeks, she has built a bond with other cancer patients and their families in the waiting room. Cancer is no respecter of persons, including diverse ethnicities. Her new friends are from various ethnic backgrounds. While originally polite though reserved and distant, they have developed a heart connection. My friend has given them little angel figurines. Their eyes light up, whenever they receive these gifts of friendship. My friend assures them that she is thinking of them and that they are not alone.

My friend’s statement that “Disease neutralizes racism” struck me as so true. I should add that she has been engaged in the battle against racism for a long time. She is a tireless though winsome warrior whose battle against cancerous hatred and indifference no doubt influences her in the battle against cancer in her body and in the waiting room. She won’t allow the sense of hopelessness and despondence and numbness that the war with cancer brings to people’s hearts and lives keep her from reaching upward to God and outward toward those engaged in this waiting game between life and death.

I have learned a lot about life from my friend. She continues to teach and strengthen me, even when I call to encourage her. I learned from yesterday’s conversation that as a society we need to discern far better where the real battle rages. Death is a far greater foe than those ideological enemies like racism, which we create in our minds concerning those of different ethnicities.

Notice that my friend did not say that disease kills racism. Just like when troops return home from war, the racism that separated them as those of diverse ethnicities before they were guarding one another’s backs and lives in battles with much larger foes often returns to divide them after they return home. If only we could somehow keep our larger foes like death in view all the time. Then perhaps the disease of racism would never be able to return.

We need to know who our true friends and real enemies are. It shouldn’t be the case that ethnicity divides us. We are all locked in a waiting room waging a battle between life and death. The cancer of racism can steal our lives and ravage our souls. We don’t have the strength to wage racial battles against the ethnic other.

My friend who touches people’s lives with precious angel figurines has been touched by more than an angel. She draws her strength from the one who destroyed the grip of death through his resurrection from the grave (See for example 1 Corinthians 15:54-88). Death has no lasting grip on her. Jesus’ life and love do. The same powerful love that raised Jesus from the dead and that lifts my friend’s spirit and brings the glory of God into waiting rooms in cancer wards is the same powerful love that will not simply neutralize but ultimately destroy racism (See for example Galatians 3:28). Like my friend, may we live now in light of that day.

January 8, 2013 Jesus is Changing the World One Structure at a Time
Recent Comments
0 | Leave a Comment
Browse Our Archives
Related posts from Uncommon God, Common Good