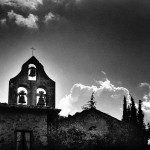 Last night as I was driving home, I turned to a classic rock station that was playing AC/DC’s song, “Hell’s Bells.” The menacing tune with ‘for whom the bell tolls’ sounds might or might not be intended to send chills down the listener’s back with talk of Satan’s impending grip on you. Whatever the case might be, the song did not appear to have any grip or impact on what followed: a wide-ranging infomercial and light-hearted discussion on such topics as Lasik eye surgery.

I’ve heard talk of rock groups playing the Satan card to make more money and fill their bank vaults. I don’t know what the case was or is for AC/DC, but I do know the church of various stripes throughout its history has used Hell and Purgatory talk to load its coffers and treasuries. Perhaps the lack of impact or relevance concerning Heaven and Hell talk in many circles today results in part from people being burned out on religious establishment schemes to make money based on such verbiage. It’s almost as if the subject raises as much interest today as plugs for Lasik eye surgery and tooth extractions do for many people driving home.

Following on the heels of the passage in Luke’s Gospel where Jesus develops a parable of a rich man whose life is taken from him because he greedily invests in himself rather than in God (Luke 12:16-21; see also the preceding text that introduces the parable—Luke 12:13-15), Jesus says, “Do not be afraid, little flock, for your Father has been pleased to give you the kingdom. Sell your possessions and give to the poor. Provide purses for yourselves that will not wear out, a treasure in heaven that will never fail, where no thief comes near and no moth destroys. For where your treasure is, there your heart will be also” (Luke 12:32-34). To the rich man who stored up riches for himself and not toward God and others, Jesus declares that God says: “‘You fool! This very night your life will be demanded from you. Then who will get what you have prepared for yourself?’ This is how it will be with whoever stores up things for themselves but is not rich toward God” (Luke 12:20-21). 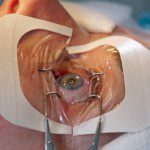 The rich man could have benefited from spiritual Lasik eye surgery. He may have perceived well how to make money and invest it for himself; but he was completely blind to spiritual and relational matters. In contrast, I recall with admiration a team of Christian medical doctors who had renounced lucrative careers in the West to invest in the arduous work of setting up an eye clinic in an impoverished and distant corner of the world. Among other things, they removed cataracts so that people could see clearly. They took seriously Jesus’ unending plug for spiritual Lasik eye surgery and the need to see clearly spiritually and to care for the poor. These doctors were rich toward God and not turning into modern day versions of the rich fool. AC/DC’s song about Hell may or may not be a serious reflection on what the rock group believes awaits people here and beyond, but I can assure you that to Jesus and these doctors, all his talk of Heaven and Hell and the Kingdom of God is more than a great parable or infomercial.

How well are you and I seeing spiritually today?

January 3, 2013
Zombie Mania—How It Affects Us All
Next Post

Publishing News: Contracted to write Philippians/Philemon for WJK...
I am excited to announce that I have signed a contract to...
view all Evangelical blogs
What Are Your Thoughts?leave a comment
Copyright 2008-2021, Patheos. All rights reserved.
Close Ad