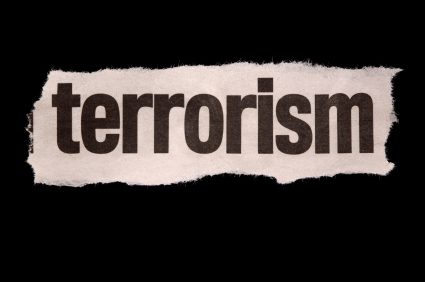 How can violence ever bring closure to violence? I considered this question while watching Zero Dark Thirty—the controversial movie on the hunt and killing of Osama Bin Laden. So much of the controversy around the movie centers on factuality and on whether or not it glorifies torture. From the standpoint of acting and cinematography, the movie is a great success. Moreover, regardless of whether or not the movie is accurate, it can prove beneficial for fostering important discussions. Here are two key questions. Should a democratic society such as the United States ever resort to torture to bring an end to mass killings and the perpetrators of horrific evil to justice? Moreover, can violence of any sort ever bring about justice and closure to injustice?

Yesterday we celebrated Dr. Martin Luther King, Jr.’s birthday. How might he have responded to the possible torture and eventual killing of Osama Bin Laden? He spoke out strongly against the Vietnam War and militarism. Would he have spoken out against America’s response to terrorism at the hands of Al Qaida? On a personal level, Dr. King was the victim of violence, but he never retaliated. He also encouraged those in his movement birthed in the church and centered on civil rights not to retaliate against their oppressors. Speaking of the church, how would King have responded to those who would claim that the response of a nation state will and should be different from the church when it is attacked? Tough questions. All of them went through my mind as I watched and pondered Zero Dark Thirty this holiday weekend.

Regardless of our answers to these questions, King’s life of civility and unswerving compassion and love even of his enemies brought justice to bear on torture and violence, exposing the darkness of hate, and bringing it into the light of day. King lived out what was true of his Lord and bore witness to how Jesus’ cross and resurrection absorbs evil and serves as the basis for the eventual eradication of all injustice. As G. B. Caird argued so King and his Lord lived and died, “Evil is defeated only if the injured person absorbs the evil and refuses to allow it to go any further” (G. B. Caird, Principalities and Powers: A Study in Pauline Theology, with a foreword by L. D. Hurst {Eugene, OR: Wipf and Stock, 2003 [1956]}, p. 98). In view of Jesus’ cross and resurrection, how will we live? Will we live in light of his cross and resurrection, or in view of Zero Dark Thirty?

If we live out Zero Dark Thirty in our lives and eventually destroy all terrorists around the globe, will we bring an end to the terror of hate and unforgiveness that so often rages within? Or will we only mask this internal terror, developing calloused hearts as well as fingers after pulling the trigger over and over again? In the end, will Zero Dark Thirty lead to a zero sum gain?