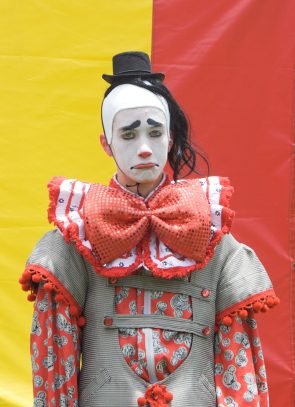 You may know the song “People Are Strange” by The Doors that sings of people being strange and looking ugly when you are a stranger and alone. How people view you and me often shapes our views of them.

Do you ever encounter people who view you as strange? If so, how do such encounters make you feel? I would assume that such experiences don’t generate pretty feelings. Encounters I have where I am viewed as strange will cause me either to become hardened and view others as strange or to become more sensitive not to treat strangers in my midst as strange.

The Bible has a lot to say about not treating a stranger in one’s midst as strange, but to care for him or her. Exodus 22:21 states, “Do not mistreat an alien or oppress him, for you were aliens in Egypt.” Leviticus 19:34 says, “The alien living with you must be treated as one of your native-born. Love him as yourself, for you were aliens in Egypt. I am the LORD your God.” Deuteronomy 10:19 exhorts, “And you are to love those who are aliens, for you yourselves were aliens in Egypt.” Jesus tells the goats in Matthew 25:40-45 that they will suffer eternal torment as a result of not caring for him by failing to care for the least of Jesus’ brothers and sisters. In that context, Jesus declares: “Then he will say to those on his left, ‘Depart from me, you who are cursed, into the eternal fire prepared for the devil and his angels. For I was hungry and you gave me nothing to eat, I was thirsty and you gave me nothing to drink, I was a stranger and you did not invite me in, I needed clothes and you did not clothe me, I was sick and in prison and you did not look after me.’” (Matthew 25:41-43)

How does this biblical material bear upon immigration reform? Whatever our political position on the subject, one of the things Christians must account for in addressing the matter is the Bible’s own claims. We must not mistreat the immigrant no matter their status. As fellow humans created in the image of God, we must show them respect. We must respect them, just as we would want to be respected.

However, we often forget what it’s like to be disrespected or mistreated or viewed as strange. The Israelites were to remember that they were once foreigners in the land of Egypt. Most if not all of our ancestors came from other lands. Our ancestors were once aliens. Perhaps we were, too. In one way or another, we have all been inside a stranger’s shoes. How would we have wanted our ancestors or ourselves as strangers to be treated, regardless of legal status? How would we wish to be treated if for some reason we had to depart for another land based on a personal or national crisis and with or without official papers?

No matter how we land in the end on the issue of immigration reform we need to make sure we personalize the issue so that we know what it is like to be people without a land and to treat others as we would want to be treated. Are you willing to step inside a stranger’s shoes—again?