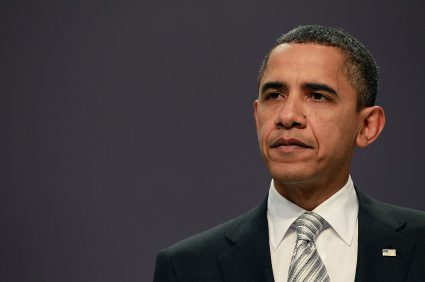 You may have watched the third presidential debate a few months back in which Governor Romney confronted President Obama on his dealings with Israel. Governor Romney argued strongly that the President had failed to sustain and strengthen strategic connections with Israel. Such negligence would impact negatively and dramatically America’s foreign policy in the Middle East.

I wonder what the six men charged with overseeing Shin Bet—Israel’s intelligence agency focused on protecting Israel from terrorism—would say of Governor Romney’s charge. I look forward to watching the new documentary, The Gatekeepers, which interviews all those who led Shin Bet the past thirty years.

Here’s what Richard Cohen of the The Washington Post has to say about the documentary:

“The film is a tough indictment of Israeli policy, particularly the continued occupation of the West Bank and the expansion of Jewish settlements there. All of the former officials are traditional Israeli secularists, and they show a commendable loathing for the religious militants that Israeli governments continuously pandered to. Above all, though, they are critical of government after government that lacks a strategy to somehow withdraw from the West Bank and instead relies on oppression. “You can’t make peace using military means,” says Ami Ayalon, head of the Shin Bet from 1996 to 2000 and a former navy commando.”

One doesn’t have to be an American or Israeli secularist to see that there is a problem with trying to make peace using military means. While many Israelis may be more concerned for making safety, not peace, can there ever really be safety without peace? Religious centrists can see there is a problem with using military means to make peace or safety without peace. Religious centrists also understand that religious militancy only leads to hate and more bloodshed. Evangelicals need to guard against religious militancy. African American Evangelical civil rights leader John M. Perkins said something to the effect of, “Why do we as Evangelicals have to love one kind of people and hate another kind of people? I don’t get it. I can love the Jew and the Palestinian at the same time.” Perkins knows how painful hate can be and how difficult it is to center on love. Perkins was the ‘beneficiary’ of religious and/or secular militancy over the years in the form of white supremacy. White militants beat him within an inch of his life in 1970 in Mississippi. While it has been a difficult and challenging road for him, the only thing Dr. Perkins is militant about is God’s centrist love revealed in Jesus that makes enemies out of friends. He did not respond in kind to his oppressors, but has worked to build peace between whites and blacks and other divided people groups here and abroad over the years. For him, love is the final fight.

We fellow Evangelicals need to take up Dr. Perkins’ charge to love Israelis and Palestinians, not to love one and hate the other, but to make love the final fight. While I think President Obama needs to be challenged on his Middle East strategy, I disagree with Governor Romney about who it is that the President has neglected. President Obama has been neglectful in his handling of the Israeli-Palestinian issue. He has failed to consider the well-being and fate of a people about whom our country cares, or should care. The President, like many American Evangelicals, has not shown adequate care and concern for the Palestinians. The President has not advocated nearly enough in support of the Palestinians, to the dismay of the Arabs. Of course, the President faces daunting challenges in advocating for a peaceful and just resolution to the conflict and other calls for freedom in the region (See for example these articles addressing Middle East problems). Of course, there is blame for all sides to bear. Still, in the ongoing conflict involving the Israelis and Palestinians, if the President does not challenge Israel more and advocate on behalf of both sides, it may not only be the Muslim and Christian Palestinians and other Arabs who are filled with dismay. Israel will never experience lasting rest, safety and peace, which I hope they too will find.

February 8, 2013 The Heartbeat of Richard Twiss
Recent Comments
0 | Leave a Comment
"Most conspiracy theories are actually observations of conspiracy facts . Facts that prove conspiracy that ..."
Truth-Road LessTravelled Conspiracy Theories: Harmful and/or Healthy?
"Except Christians didn't invent human rights, or morality. That you believe so, or that Hitlers ..."
Truth-Road LessTravelled MLK’s Faith: Inspiration to Keep Going ..."
"Human rights are a "Christian" invention at best.Logically, there are no human rights, dog rights, ..."
bill wald MLK’s Faith: Inspiration to Keep Going ..."
"Your view..."They were marching to gain sympathy and political power and, I suppose, it boosted ..."
Truth-Road LessTravelled MLK’s Faith: Inspiration to Keep Going ..."
Browse Our Archives
Related posts from Uncommon God, Common Good