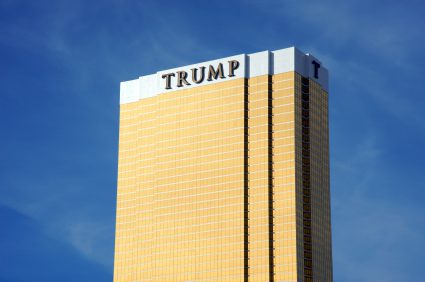 I often see bumper stickers with a Jesus fish and a Darwin fish devouring one another. But I have never seen a bumper sticker depicting a Jesus fish fighting for its life with a Donald Trump fish. Regardless of how Charles Darwin or Donald Trump view(ed) Jesus or the Bible, they represent dominant systems of thought and life respectively: evolution-survival of the fittest; and market economics-survival of the economic fittest.

The Scopes Monkey trial in Dayton, Tennessee back in 1925 served as a key symbol of the fight between creation and evolution in America. If the results of the trial in American society were indicative of reality, the creationists lost, even though they won the court case. While Darwin has gone on trial repeatedly in Evangelical circles over the years, I am not sure the same thing could be said regarding free market economics. And yet, if Gordon Bigelow is correct, it is not religion or the biblical narrative, but economics that offers the dominant creation narrative in our day. Here is what Bigelow claims:

Economics, as channeled by its popular avatars in media and politics, is the cosmology and the theodicy of our contemporary culture. More than religion itself, more than literature, more than cable television, it is economics that offers the dominant creation narrative of our society, depicting the relation of each of us to the universe we inhabit, the relation of human beings to God. And the story it tells is a marvelous one. In it an enormous multitude of strangers, all individuals, all striving alone, are nevertheless all bound together in a beautiful and natural pattern of existence: the market. This understanding of markets-not as artifacts of human civilization but as phenomena of nature-now serves as the unquestioned foundation of nearly all political and social debate. (Gordon Bigelow, “Let There Be Markets: The Evangelical Roots of Economics,” in Harper’s Magazine v. 310, n. 1860, May 1, 2005).

If Bigelow is correct in asserting that economics (in particular, the model generated by the “neoclassical” school of economics) is the cosmology and theodicy of our contemporary culture, wouldn’t Evangelicals consider challenging it with the same kind of passion that went into the fight with Darwinian evolution? Perhaps the reason why Evangelicalism as a movement has not been outspoken on the issue is because it often assumes the free market economics narrative as gospel truth. According to Bigelow, Evangelicals don’t simply assume the market’s gospel truthfulness but also promote it. In his estimation, Evangelicals have been responsible for cultivating the sense of scientific certainty around markets. If he is accurate, the movement has been far more successful in generating support for the evolutionary supremacy of the market system than it has in challenging Darwin’s Origin of Species. Why? We’ll reflect on this and related questions in future posts on the subject.

February 1, 2013
Erosion: Christian Dominance in America, Not Freedom?
Next Post

February 7, 2013 Evangelicals: Now's the Time to Challenge President Obama's Middle East Strategy
Recent Comments
0 | Leave a Comment
"Yes, we all ARE on Life Support. This planet has a system that recycles Oxygen, ..."
Kyllein MacKellerann Don’t Take Anything for Granted. We’re ..."
"LORD Jesus, heal Christopher. Amen."
Herrnhut The Resurrection Is More Than a ..."
"00"
Graeme Cooksley Jesus’ Victory Doesn’t End on Easter. ..."
"This article reminds me with my teacher who tells us (his students) to not smoke ..."
Jason Imanuelle Are You Smoking What You’re Selling?
Browse Our Archives
Related posts from Uncommon God, Common Good