From Refugees to Citizens: What’s Next – Mosques and Temples? 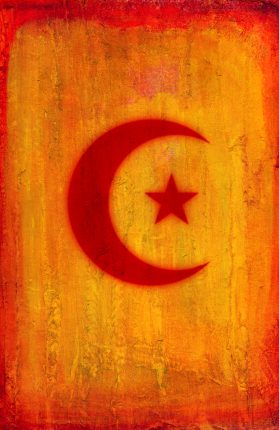 I am leading a workshop this week and wanted to gather my thoughts on the subject here in preparation. Here is the description:

What kind of response should American Evangelicals have toward those from other religions who are moving from refugee to immigrant to citizenship status in our country? Christians tend to be more sympathetic to those from other religions who are refugees in need of help, but we often become wary once they are viewed as immigrants on their way to citizenship. What happens when Muslim immigrants start building mosques and Hindus and Buddhists start building temples? Should we support them then? This seminar looks at this issue and will consider how to incorporate the biblical themes of neighborliness and care for the stranger in our midst as part of our evangelical witness. Attention will also be given to the theme of freedom of religious expression in our country.

Here I’ve reprinted an article I wrote last year on a related subject that was picked up by Salem News (published June 1, 2012) and Aslan Media (published June 22, 2012):

USA Today released an article a few days ago about the controversy surrounding the building of mosques in America today. I will not speak to this or that particular controversy related to zoning laws and similar matters (Not all issues pertaining to the building of mosques and churches are bound up with religious expression). Instead, I will address the matter of zones of comfort for many Christians and others in America today.

No doubt, many conservative Christians struggle with mosques being built, as do others. Some of the concern stems from fears of September 11, as the USA Today article acknowledges. Other fears may stem from concern over America losing its Christian heritage. I will take up each of these concerns, starting with the latter.

America was founded on pluralistic principles bound up with a quest for democracy, not a theocracy. While there were many conservative Christians who helped to shape America’s origins, there were also many others of non-orthodox Christian perspectives, such as deists like Thomas Jefferson, who shaped America in fundamental ways. Those of us who are Christians who are Americans must be concerned to foster both our Christian witness and American values of freedom for religious expression. It is important for us to support the building of mosques as American Christians for the freedom of religious expression, just as we would want such support for the building of churches throughout America.

The best way to cultivate a truly Christian heritage is not to preserve a form of nominal Christianity, where people embrace Christianity by way of nostalgia. Nostalgic or nominal Christianity does not involve genuine encounters with the good news of God in Jesus Christ. People who are Christian in name only do not often see the need to engage a gospel that is truly Christian. I would much rather be in a post-Christian context, where people know where they stand with Christianity than a quasi-Christian culture where people presume to be Christian, but who are not. I am also open personally to being challenged on what it means to be a Christian. I certainly do not claim to have a corner on the market. Fresh conversations on spirituality are truly needed. I pursue such exchanges with leaders of diverse spiritual traditions in Connecting Christ: How to Discuss Jesus in a World of Diverse Paths. The thoughtful responses included in the volume from Muslim, Buddhist and Unitarian-Universalist representatives, among others, enhance meaningful communication. Freedom to build mosques does not take away from the freedom of the gospel’s expression or lively gospel encounters, but presumption and nostalgia does not help foster freedom of authentic religious expression and engagement on fundamental Christian convictions.

For those American Christians and other Americans who fear Muslims because of September 11 and who are reluctant to see Muslims build more mosques in America, I would say that if you want your fears to increase then make Muslims feel marginalized and unwelcome. While I believe most who claim to be Muslims are peace-loving and civil people (like most who claim to be Christians), there are some people of whatever spiritual stripe who will react negatively when they feel cornered and ostracized. Cornering often leads to clandestine operations that cause harm. The best way to promote civility is to be civil and promote the common good for Muslims, Christians, and those of diverse convictions on religion and spirituality throughout the land. Modeling such civility together here in America may also benefit freedom of religious expression for the various movements in other lands.

February 15, 2013
Popping Off on the Pope and Catholics and Paying Respects
Next Post