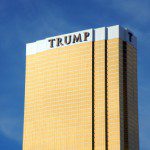 In “Jesus, Darwin and Donald Trump” (Part I), I conclude by saying that Evangelicalism may have been far more successful in generating support for the evolutionary supremacy of the market system than in challenging Darwin’s Origin of Species. There I was referring to Gordon Bigelow’s Harper’s Magazine claim that Evangelicals don’t simply assume the market’s gospel truthfulness but also promote it. In Bigelow’s estimation, Evangelicals have been responsible for cultivating the sense of scientific certainty around markets. If Bigelow’s assertion is correct, why might it be the case that Evangelicals have been responsible for cultivating this sense of scientific certainty around markets?

Could it be that many Evangelicals have bitten the big apple lie that individual effort alone leads to prosperity and the lack of prosperity reflects a lack of effort? Bigelow says of Evangelical convictions during the late 18th and 19th centuries that while salvation comes by conversion and faith for Evangelicals, nonetheless the suffering and pain of this mortal life was the result of original sin and bound up with our salvation. Evangelicals “regarded poverty as part of a divine program. Evangelicals interpreted the mental anguish of poverty and debt, and the physical agony of hunger or cold, as natural spurs to prick the conscience of sinners. They believed that the suffering of the poor would provoke remorse, reflection, and ultimately the conversion that would change their fate. In other words, poor people were poor for a reason, and helping them out of poverty would endanger their mortal souls” (Bigelow, “Let There Be Markets”).

Such a perspective may be bound up in part with a narrow reading of certain texts in Proverbs on such topics as laziness and sloth. While the Bible has nothing positive to say about sluggards, and exhorts people to work hard, the book of Proverbs provides us with general principles concerning how to live wisely, not statements of cause-effect relation for every situation. Proverbs 20:13 states, “Love not sleep, lest you come to poverty; open your eyes, and you will have plenty of bread” (ESV). How do you harmonize this type of exhortation with Scripture’s call to care for the poor? For example, Proverbs 29:7 says, “A righteous man knows the rights of the poor; a wicked man does not understand such knowledge” (ESV). Also, Proverbs 19:1 states, “Better is a poor person who walks in his integrity than one who is crooked in speech and is a fool” (ESV; see also Proverbs 14:31, 19:17, 21:13, and 22:2). One cannot be a sluggard and be a person of integrity; however, many poor people are people of integrity. Would the harmonization of Scripture’s various teachings on this subject of poverty suggest to you that not everyone who is poor is in poverty because of laziness? Why or why not? Moreover, in view of Scripture’s call to extend mercy to people (for example, God acts graciously and mercifully toward the lost, as illustrated by the father’s care for his prodigal son in Luke 15:11-32), how should followers of Christ care for those who make poor decisions and end up in poverty?

By the way, might there not be rich people who are lazy and/or who are unwise in their use of money? Concerning the matter of being unwise, consider Jesus’ parable of the old fool in Luke 12:13-21. Contrast him with Jesus’ disciples in the very next section of the chapter. Jesus’ disciples are holy fools. The difference between old fools and holy fools is that while old fools clutch their wealth with greedy fists, holy fools hold their resources with open hands. The latter do so because they are free to give their possessions to the poor because God’s kingdom belongs to them (Luke 12:32-34). How do we discern if we are old fools or holy fools today?

While we will return to such questions as these in future blog posts, one thing is for certain: we need to grow in wisdom in how we approach free market capitalism. No economic system can claim a monopoly on Scripture; however, Christian Scripture must be brought to bear on all economic systems. Otherwise, the Donald Trump fish of the survival of the economic fittest (and not the Darwin fish of the biological or genetic fittest) will end up devouring Christians.