Evangelicals and the Supreme Court Decision on Same Sex Marriage 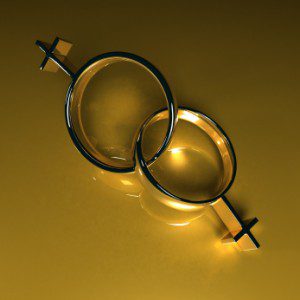 This is not a post on what the Bible says about homosexuality, but about some of the questions I believe Evangelical Christians should consider when thinking about the Supreme Court’s decisions on Proposition 8 and the Defense of Marriage Act this week.

What kinds of ethical stances should we as Evangelicals seek to implement as laws of the land in our democratic society? I would assume most Evangelical Christians support adherence to speed limits in school zones for the sake of our children’s safety. Would we put forth laws that keep men and women from living together outside marriage? Why or why not? From a different angle, should we seek to support gay couples who have determined to live in monogamous relationships and who have adopted children, giving them stable homes rather than leaving them to grow up in foster care?

What kinds of ethical stances should we as Evangelicals take and seek to enforce in our post-Christendom, democratic society? While Christianity is still the largest representative religion and Evangelicalism may very well still be the largest Christian movement in the States, we live in a society where a large percentage of people don’t share what many Evangelicals take to be biblical stances on homosexuality.  Rather than seeking to enforce those biblical interpretations on others, would it be seen as more discerning to make sure that we of these convictions are not forced to go against our consciences to officiate same sex marriages in our churches?

What kind of missional stance should we Evangelicals take? Is it our kingdom calling to make America a Christian nation or the church truly Christian, including its approach to sexual conduct? Jesus did not make it his calling to take back Jerusalem, but to lay down his life for Jerusalem and build his church—a church that cared for people of alternative lifestyles while calling its members to holiness in all its relationships.

One of the fears I have as Evangelicals address the issue of the legalization of gay marriage is that we might win a battle on shooting down gay marriage and lose a war of building caring relationships with gay people. Will Evangelicals influence the morality of our culture on marriage most by enforcing its overarching view on marriage on others or by embodying its ethic of marriage and family in a way that demonstrates loyal love and self-sacrifice?

For a recent discussion of my view on what Scripture says about homosexuality and how Evangelicals should address the issue, see the chapter “Homosexuality, Holy Matrimony, and Hospitality” on this subject in Connecting Christ: How to Discuss Jesus in a World of Diverse Paths (Thomas Nelson, 2012).