The Naked Public Square and a Multi-faith Wardrobe 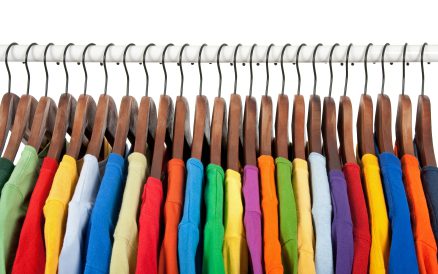 Richard John Neuhaus wrote about the naked public square and the hostility toward traditional values and religion. He feared the death of democracy resulting from such hostility and called for a public philosophy that is grounded in the Judeo-Christian religious heritage. While the Judeo-Christian religious heritage has certainly shaped our democratic society, we live increasingly in a multi-faith world here in the States. I believe we need to make sure that we who represent Judeo-Christian values enter into public discourse in view of these convictions in the public square, while dialoguing in a constructive and collaborative manner with those of various persuasions.

Some secularists as well as minority religious tradition adherents may call for a naked public square, which may or may not suggest that the public square be value-neutral. However, there is no such thing as a value-neutral arena free of ideologies. A society that fails to recognize what values and ideologies are present in the public square cannot cultivate a public philosophy that supports and enriches the common good that benefits all its members.

While there is no such thing as ideological nakedness, all of us need to be cognizant and straightforward about how much clothing we wear. Moreover, Evangelical Christians such as myself need to recognize how strong our brand in American society is. Certainly, there are many groups in our society who dislike and even hate the Evangelical brand; nonetheless, Evangelical Christianity still has a large market share. It is important that we make space for other religious and philosophical traditions to receive air time so that a naked, secular square free from religion does not get put forth as the preferred and only legitimate option. There is the need for great intentionality in making sure that minority religious and secular traditions be permitted to speak forth their convictions. After all, one major reason why some call for a naked public square free of religious values is because dominant religious communities have often been set forth in a hegemonic manner, failing to make space and forcing views on minority traditions. In view of such negative historical and contemporary realities, we who belong to dominant religious traditions must position ourselves as listeners, being interested in hearing what minority religious traditions wish to discuss and debate rather than controlling the terms of debate and discourse. We need to make sure that there is a fair and open hearing, where we are all allowed to make our case in a democratic fashion, appealing to people of other persuasions rather than compelling them or short-changing them in the process. Representatives of minority religious traditions may be more open to clothing the public square with a multi-faith wardrobe rather than leaving it naked, or rather clothed simply in secularist garb, if we Christians show that we really want them to help shape the conversation and demonstrate that we are committed to listening and collaborating with them as much as possible, while remaining true to our own Christian convictions.

My colleague, John W. Morehead and I, at the Evangelical Chapter of the Foundation for Religious Diplomacy are engaged in a conversation with representatives of numerous groups, including leaders of the Pagan community. You can listen to my interview of John along with Pagan leaders Mike Stygal and Jason Pitzl-Waters and find out how we are working hard to discern how best to proceed in terms of a robust and open conversation on faith from our diverse perspectives. We certainly have a long way to go. We don’t always agree on the best approach to take, but we are committed to the relationships and to cultivating an open process. John and I are convinced that given the long history of animosity it will require on our part as Evangelicals great patience and humility and the good will of such friends as Jason and Mike, if we are to clothe our society in a discourse that allows all participants—religious and secular—to have a say rather than silencing and being silenced by one another. I sure hope we can all keep our clothes on.

March 9, 2013
A Birthday Wish: Jesus, Buddha and the Non-Grasping Way
Next Post