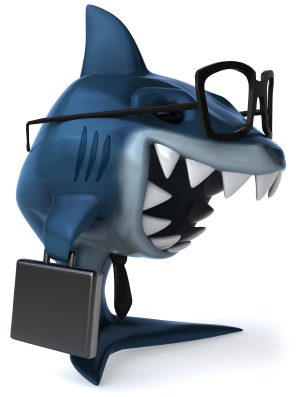 Have you ever had a salesperson try and get you to buy something you did not want, and the person could not take “No” for an answer? The salesperson came across as a consumer predator.

Many salespeople are aware of the negative associations people have concerning their trade. So, they engage in soft sale tactics to avoid the perception that they are engaged in predatory proselytism. You may be as amused as we are when we get Christmas and birthday cards from former realtors. How much they care for us!

Like the realtors noted above, Evangelicals today are often aware of the negative associations people have of proselytism (including that the term “proselytism” is now often associated with unethical forms of evangelism). But are we sensitive enough?

In April, a lecture was given at Grand Valley State University in Michigan that featured Padma Kuppa, a Hindu interfaith activist with the Hindu American Foundation. She was sharing the results of her research into “predatory proselytization,” which she defines as unethical conversion strategies. Kuppa offered examples of how this phenomenon takes place in her home country in India. One example was that Christians used public obituary information in order to send sympathy cards to the relatives of deceased Hindus, only to include evangelistic elements, involving not only the citation of biblical verses, but also mention of eternal punishment. The response of these Hindu families should give Christians pause for reflection: “While unhappy, they seemed resigned, treating it as one of those unwelcome features of life in a religiously diverse society that one learns to accept and tolerate. ‘This is what Christians do.’”

Such lack of relational sensitivity is not simply a problem in India between Christians and Hindus. Similar relational insensitivities occur in the U.S. as we engage a number of different groups. At the annual Arab International Festival in Dearborn, Michigan, thousands of Muslims come together to celebrate their religious and ethnic heritage. The festival has become the focus of many aggressive forms of evangelism by several ministries that have included shouting at people to “study and obey the Bible” and holding up signs that call the Prophet Muhammed a pervert. The efforts of Christians at the festival have resulted in violent clashes, a constant police presence, and several lawsuits.

Moreover, friendship is sometimes abused, when it is reduced to the end of evangelism. In one instance where an Evangelical has been involved in a high-profile relationship and dialogue with a Mormon scholar, many Evangelicals have called for an end to the relationship after a period of time because the Mormon has not converted. Aren’t relationships valuable in and of themselves without being used merely as a tool to convert others? For all our emphasis on personal relationships, one might be left to wonder how relational the Evangelical movement as a whole is.

To return to Kuppa’s talk, she raised issues that call for careful soul-searching and thought. Cases like the one she noted, as well as those we highlighted, illustrate the need for Christians to engage in careful reflection on the ethics of evangelism. Christians see the gospel as a great gift: the self-giving love of God through Christ on behalf of all people everywhere. But how are such evangelistic strategies to be viewed as loving and fulfilling Christ’s call to love our neighbors? For many people outside our faith, this evangelistic work is not viewed positively. For them it is unwelcome and even predatory at times. Their concerns need to be heard, especially by Evangelicals, as we wrestle with thinking through appropriate evangelistic expressions and ethical approaches to evangelism. The lack of soul-searching and critical thought will impact negatively our witness, including “soul-winning.”

In response to the troubling example above involving sympathy cards, would it not seem more appropriate simply to express our grief and mourn with those who mourn in such situations, nothing more? At least, our former realtors would understand that much! Of course, realtors are not trying to warn people to exit burning buildings, but rather sell houses. Evangelicals, on the other hand, sometimes reason that just as one would warn others to flee burning buildings, it is important to warn them to flee the fires of hell. Sure thing. We get that as Evangelicals who believe in the reality of hell. But expressing this in sympathy cards to those experiencing the loss of loved ones? Talk about making a hard sell all the harder! To us this seems manipulative and even predatory. Would we like it as Evangelicals if Mormons or Jehovah’s Witnesses sent us sympathy cards with their evangelistic messages at the deaths of our loved ones? In view of our conviction that God is sovereign and can provide meaningful occasions to share the good news of Jesus with people and produce appropriate fruit, we should guard against forcing the issue. There are appropriate times and contexts for engaging in proclamation evangelism. We need to ask God for wisdom and walk in step with the Spirit, not wrongly grieving him and others.

Zeal for evangelism is a very good thing, as long as it does not involve predatory dynamics. No one likes to be someone else’s prey. As we love our neighbors we need to learn to do to others what we would want them to do to us. This is the golden rule of Evangelical witness.