The Trayvon Martin Case: A Case for Race? 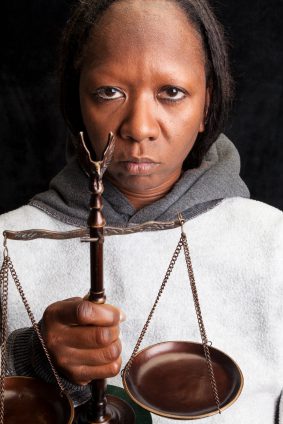 In reflecting upon his question, I thought back on other high profile cases that raised questions about race: celebrity trials involving OJ Simpson and Kobe Bryant respectively and the late Rodney King. No doubt, each case was different, but each case attracted national attention. One of the striking features of this case is that an African American youth was shot to death by a Hispanic American man, who claimed he shot him in self-defense. In the Rodney King beating, captured live on camera, there was no way in the world that the police officers beat him to a pulp in self-defense. For some at least, this case is not so clear cut. And yet, why did Zimmerman—a community watch volunteer—pursue Martin, even when the 911 operator told him to stop? Was he racially profiling Martin?

It will be a long time coming before our country ever gets to the point of not considering race as a contributing factor to whether someone is charged as innocent or guilty. Remember how split the nation was over the Simpson trial? Was OJ innocent or guilty of killing his ex-wife and her friend? It seemed to many that people responded along black and white lines [For example, it has been reported that according to an ABC poll, 77% of white Americans believed Simpson was guilty;  according to the same poll, 72% of black Americans believed Simpson was innocent; see J. Chidley, “The Simpson Jury Faces the Race Factor,” Maclean’s 108(41) (1995, October), 69-70]. Whether or not race contributed to Zimmerman’s pursuit of Martin, race is still part of the conversation. We can’t avoid it.

America goes on trial as Martin and Zimmerman go on trial. Can our justice system right the racial wrongs of the past? No. Can we keep race out of the courtroom and out of people’s minds as a contributing factor in such shootings and trials? No. But can we at least learn from the trial that racialization—how race shapes us as a nation in a variety of complex dimensions—will not die with Trayvon Martin or George Zimmerman or the rest of us? Unlike people, racial suspicions and considerations live on long after people shoot them down.

The Institute for the Theology of Culture: New Wine, New Wineskins will be hosting a forum to discuss the matters of race raised by the Trayvon Martin case. Please join us for this important dialogue on Saturday, June 15 from 1 – 5pm at Irvington Covenant Church (4003 NE Grand Ave. in Portland).

May 3, 2013 Predatory Proselytism: The Hard Sell
Recent Comments
0 | Leave a Comment
"Yes, we all ARE on Life Support. This planet has a system that recycles Oxygen, ..."
Kyllein MacKellerann Don’t Take Anything for Granted. We’re ..."
"LORD Jesus, heal Christopher. Amen."
Herrnhut The Resurrection Is More Than a ..."
"00"
Graeme Cooksley Jesus’ Victory Doesn’t End on Easter. ..."
"This article reminds me with my teacher who tells us (his students) to not smoke ..."
Jason Imanuelle Are You Smoking What You’re Selling?
Browse Our Archives
Related posts from Uncommon God, Common Good