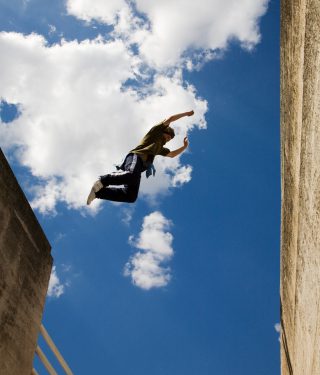 Fundamentalism comes in all shapes and sizes. Liberals can be fundamentalists, too. I am not talking about doctrine, but an inflexible posture that makes dialogue impossible.

Tom Krattenmaker’s Huffington Post piece titled, “A Progressive’s Confessional Journey to Focus on the Family,” is a shining example of a secular progressive who is progressive on dialogue. I wish I could say the same for some of the respondents at the close of the article.

Of course, we Evangelicals are well-known for our fundamentalist ways. Perhaps we Evangelicals can learn a thing or two from Krattenmaker. He is willing to risk and see the good in the other and tell it the way he sees it, even if it will cost him in terms of how his secular-progressive camp views him. I have heard him say that his liberal constituents are going to kill him for certain constructive claims he makes about the enemy. How challenging: how many Evangelicals are willing to cross party lines to connect with people no matter their ideological stripe?

Regarding his latest book, The Evangelicals You Don’t Know: Introducing the Next Generation of Christians, Tom’s former literary agent had told him that he doesn’t have an audience. That’s because Tom is willing to risk and not take a clear cut side to build a following. Extreme news sells; moderation comes across as modest and boring. I can assure you that Tom and his book are not boring, that is, unless you are addicted to sensationalism. In my estimation, Tom addresses one of the most exciting developments in sections of our society: people who are willing to try and cross a vast chasm to get to the other side. Tom might not be the daredevil Evel Knievel, who risked life and limb to jump ramps and cross divides, but I find Tom pretty daring.

As I reflect upon the closing words of Krattenmaker’s The Evangelicals You Don’t Know, I am reminded of Jesus who was and is also pretty daring. Those who claim loyalty to Jesus, no matter if they are conservative or liberal, will realize that Jesus was crucified for reconciling opposing forces and replacing hate with love. He did not fit people’s expectations or label people the way the party line position makers demanded. Those who seek to be centered in him will reach out to the extremes. 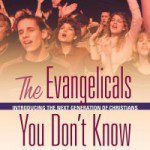 With this in mind, I close with Krattenmaker’s reference to fellow Evangelical Jonathan Merritt’s comment at the close of The Evangelicals You Don’t Know. Merritt contends: “We can stand in the gap and claim loyalty only to Jesus.” Here’s the full context for Tom’s reference:

Opening up on the changing landscape of “post-Christian” America, in a culture where the 9/11 wars and a 9/11 world are fading in the rearview mirror, is a new territory where fellow travelers of goodwill are coming together. This is a “place” you might call the common good.

The young evangelical writer Jonathan Merritt calls his co-religionists to a metaphorical space that leaves the culture wars behind, that transcends the traps of politicized, right-wing Christianity that snared so many of their fathers and mothers. “We aren’t forced to choose a human-formed party with a systemized divide-and-conquer agenda,” Merritt writes. “We can stand in the gap and claim loyalty only to Jesus.”

The “gap” beckons those outside of Merritt’s evangelical tradition as well. This is a place where open-minded good-doers of any persuasion are welcome, are needed. This is not a safe, boring space in the mushy middle for the wishy-washy and commitment-phobic. It’s more like a no-man’s-land, offering none of the safety and comfort of permanent membership in one camp or the other but plenty of bracing fresh air for those who can handle some new company and the sound of the occasional missile passing overhead.

Not that you’d know it from the old culture-war framework and rhetoric, but you’ll find plenty of company there. Not that you’ll see much evidence of it in the latest news from the political campaign trails and legislative halls, but there seems to be more of a crowd forming there in that gap.

May Tom’s readership grow. Prove Tom’s former agent wrong and show that there is an audience for the book—everyone, that is, everyone daring enough to risk and read and cross the culture war divide in search of common ground.