Are We Called by God, Coerced or Coercing? 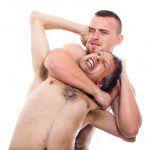 Paul starts out all his letters with “Paul,” not “Dr. Paul” with a long resume of accomplishments attached, just Paul. He often refers to his being called by God to be an apostle–one sent by God (See for example 1 Corinthians 1:1). His calling and sense of identity were shaped dramatically by his Damascus Road experience and his time away in Arabia (See Acts 9:1-19; Galatians 1:11-24).

What shapes our identity and sense of mission? Do we sense God’s call? Or do we feel God has coerced us, or perhaps worse, that we are trying to coerce God and others to give us a free rite of passage? Paradoxically perhaps to some, no matter how hard we try to manipulate and outmaneuver God and others, we end up tying ourselves up in knots.

I don’t get any sense from the letters in the New Testament attributed to Paul that he felt coerced by God. In fact, I come away with an overwhelming sense that Paul was overwhelmed by the fact that God would even choose him–of all people. This is a key indicator of those who truly sense that they are called by God and do not try to coerce God and others: they firmly believe the only right they have to serve God and others is God’s undeserved grace and mercy in their lives. Paul saw himself as abnormally born, as the least of the apostles, and as one who did not even deserve to be called one because he persecuted Christ’s church (1 Corinthians 15:8-9). Paul was a vivid example of the Lord’s words uttered to another pharisee being reversed: those who are forgiven much love much (Luke 7:47). The amazing love of God in Christ compelled Paul forward from the heart (2 Corinthians 5:14).

Far too many times in my Christian life I have operated from a sense that I deserve to serve as a leader rather than I only have a right to minister because God in his grace chose me and continues to choose me. I remember one occasion where I was talking with a colleague, complaining about not having the opportunity to minister in a certain context. After all, I had received a great amount of education and training to that point; I deserved to lead. My friend’s response blew me away: he wanted to stay clear of leading people because he was afraid that he would mess up their lives. He did not intend by his remarks to rebuke me. However, his words pierced me right between the ribs and showed me how undeserving I was of ministering before God to people. I wasn’t thinking about others, only myself. Those who minister from a sense of entitlement of deserving to lead will likely run over people and ruin their lives. While my friend needed to grow in his sense of God’s call on his life bound up with a Christ-shaped confidence in God (and he did), people were much safer with him than with me in ministry. May God continue to change my heart!

We will never change the world if God does not change us. Paul, when he was still Saul, wanted to change the world as much as he did when he was Paul the apostle. However, his framework completely changed: previously he would coerce and control others; he would enslave the church, taking Christians captive in chains to destroy them and the church. After his Damascus Road experience, Paul found it to be a great privilege to be put in chains for the church’s freedom and growth in Christ, for he was who F.F. Bruce called the apostle  of the heart set free. There were a lot of mundane moments along the way, no doubt, as Paul sat in jail cells in chains for Christ. But God used those chains and Paul’s confinement to unleash his church.

Have you ever met someone like Paul whose heart has been set free by God to obey God wherever God leads? My wife and I recently heard Loren Cunningham, the Founder of Youth with a Mission, deliver a message at a church one Sunday morning. After the pastor of the church introduced him with all the customary and appropriate words of respect, Cunningham began sharing of God’s personal call on his life to obey God. Cunningham didn’t talk about his accomplishments over the years, but of God’s intimate initiative and his response of faith in obeying God in various situations. The message was quite simple, though profound and refreshing. No posturing. No positioning. No sense of being coerced and no attempt at coercing. Just a sense of God’s call to obey and a delight in responding in faith to obey God. 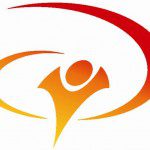 I had the opportunity to interact with other YWAM leaders, such as Danny and Linda Lehmann and John Dawson, around the time of hearing Cunningham speak. I came away with a sense that like their movement’s founder these leaders are captured by responding to God wherever he might lead. That is the way movements are formed and sustained, and kept from turning into monuments for personality cults of people driven to build empires for their egos. I sensed nothing of such empire building during my time of interacting with them, simply a passion to respond to God’s call on their lives, even in the little things. Like Danny Lehmann’s book The Next Big Thing: How Little Choices Can Make a Big Impact makes clear, “Little choices to obey the next thing God puts in front of you, whether big or little in your eyes, can change and make history,” as long as our definition of big and little conforms to God’s own definition. Simple though profound and refreshing truths. No coercion, just a sense of calling to obey God in the little things. That’s actually quite a big deal. 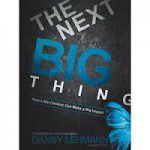 Those who sense that they are called by this God who loves them will not try and coerce God and others in their desire to change the world. Rather than running over people in their passion to make a world-changing difference, they will become the world-changing difference in giving themselves up for others for Christ. As was said of the Lord hanging on the cross, he who saved others cannot save himself (Matthew 27:42). Are you and I who claim to be Christians trying to save ourselves by finding some grand call for our lives, or is Christ’s call of love to obey him in faith every step of the way more than sufficient to give us meaning and purpose? Only as we experience his call to obey him in the little and big things of life as defined by God will we be the kind of people who have anything of value to contribute to the church and the rest of the world.

August 5, 2013
The Evangelical Women We Don’t Know—and Need to Know
Next Post