Gatorade, Gunfire and the Good Samaritan 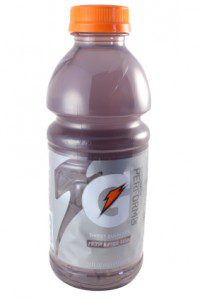 In view of the biblical command to care for one’s neighbor, what does it look like to love a diverse neighbor as oneself?

In Luke 10:25-37, Jesus tells a Jewish religious teacher to be like a despised Samaritan who loved a man (likely a Jewish man) beaten, robbed and left for dead as he himself would hope to be loved. Samaritans were often despised by Jewish people because of their different religious views and heritage. The hated Samaritan compassionately cared for this helpless man, cleansing and bandaging his wounds, and transporting him to a safe and restful shelter where he could heal. Jesus wants us to be like this Samaritan man. The Samaritan did not ask the man what he believed before helping him. He did not ask him to pay him back for the expenses at the inn. He simply cared for the man, no matter what and with no strings attached.

What would this text look like in our day, if, for example, the story entailed Christians and Muslims?

A team of Christian Army chaplains in Texas provide dates and Gatorade during Ramadan to  Muslim military personnel for their rejuvenation at sundown when they find relief from their daily  fast during military training exercises. As military chaplains, they are required to care for the spiritual needs of people of all faiths in their jurisdiction, not just fellow Christians. As Christians, in view of such texts like the Samaritan story, they are required to love their neighbors as themselves, including Muslims, no matter the tensions Christianity and Islam have endured in their engagement with one another over the generations. Whether or not any Muslim converts to Christ as a result of these acts of kindness, these Christian chaplains want to demonstrate to these Muslims and everyone else that they themselves have been converted to Christ and what conversion to Christ entails.

I have also heard of Muslim tribesmen caring for a fallen American soldier who had crawled into their village during time of war, no ceasefire in sight. Instead of turning the American soldier over to his enemies, these tribesmen honored their long-standing custom to care for anyone in need, no matter who they were, even this American soldier, even at great cost to themselves.

The Jewish scholar to whom Jesus spoke and the rest of us have more than a thing or two to learn about hospitality from this Samaritan, these American military chaplains, and these Muslim tribesmen. They teach us that loving our neighbors as ourselves goes beyond caring for those who think and believe like us, those who like us, or those we like. No matter how different we are from these models of hospitality and neighborliness, may we become more like them.