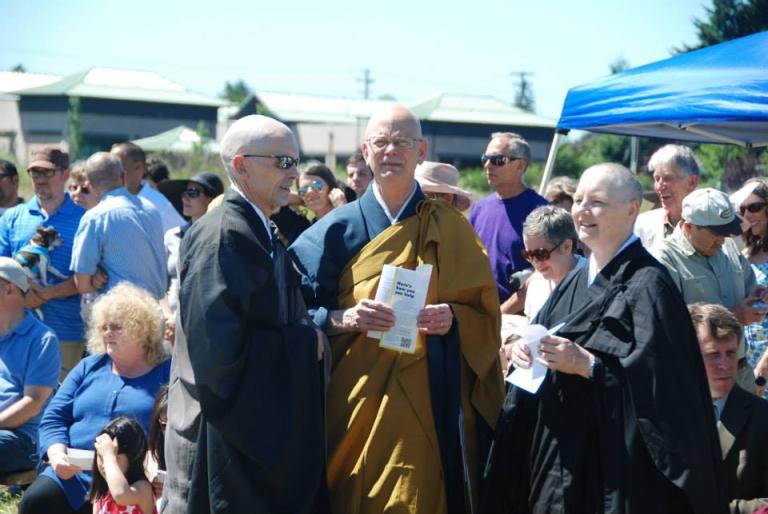 This summer, I was invited to share a few words at a groundbreaking event for a Zen Buddhist temple where my dear friends, Kyogen and Gyokuko Carlson, serve as abbots. I have worked with them and their community for several years now in Portland, Oregon, on matters pertaining to spirituality and the common good. When my students (who were also invited to join me) and I arrived, one Buddhist  practitioner exclaimed with a smile on her face, “The Christians are coming! The Christians are coming!” Later, when I shared during the ceremony, I recounted the incident and those gathered for the event laughed. Then I went on to say, “The Buddhists are coming! The Buddhists are coming! And I am glad they are here.” 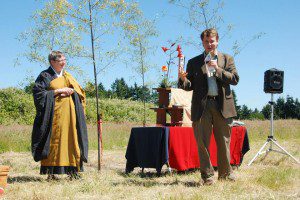 Many traditional Evangelicals may think that the only reason I could and should be glad that Buddhists are here is so that I can share the good news of Jesus Christ with them. While that is one of the reasons for my being glad the Buddhists are here, it is certainly not the only reason; nor does it overshadow all the others. Other reasons include the following: the Zen Buddhists whom I know and with whom I work are making a great impact in the community. Among other things, they are revitalizing an urban space, partnering with the neighborhood, a local high school and civic leaders, removing invasive species, and building community gardens. Moreover, their presence allows us Evangelicals the opportunity to address Christian wrongs committed against other religious traditions by being hospitable and neighborly, correcting misperceptions and misdeeds. Whether or not we Christians convert anyone to Christ, we need to demonstrate that we have been converted to Christ by being hospitable to our “religious other” neighbors. Last but certainly not least, it gives us the opportunity as diverse religious neighbors and friends to work together to cultivate the common good for years to come. In other words, we have the opportunity to revitalize our urban community together.

I am grateful to my Buddhist neighbors that they did not find me to be an invasive species at their gathering. Hopefully, those of us who are Evangelical Christians don’t see these Buddhists as invasive either. We need to trust in God’s providence rather than become paranoid about the fast-changing religious landscape in the U.S. 1 Peter 3:15 instructs Christians to be prepared in every occasion to give the reason for the hope that is within us with gentleness and respect. I don’t need to be paranoid about America becoming increasingly a multi-faith society like Peter’s setting in the first century, but rather trust in God’s providence and that God will help you and me become more thoughtful and gracious witnesses in word and deed in the twenty-first century. That way, hopefully when our Buddhists neighbors see us coming, they won’t be alarmed, but rather welcome us as friends.