When Does a Child Grow Up? 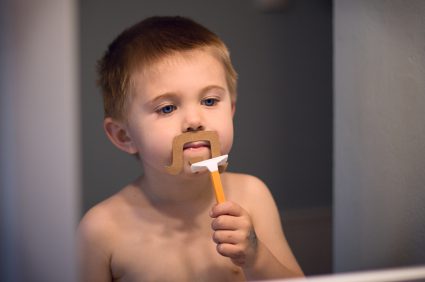 When does a boy become a man? What is the measure of his manhood? What about a girl?

Muddy Waters sang of being a “manish boy.” On the opposite side, Mark Driscoll has spoken of a host of males who want to remain adolescents: they are really only boys who can shave. Who is a real woman? Marilyn Monroe, Condoleezza Rice, or June Cleaver of Leave It to Beaver fame? Are our conceptions of manhood, womanhood and childhood bound up with the essence of reality or are they social constructs?

I reflected upon these questions in view of a recent lecture I heard. My colleague Dr. Greg Burch (Director of the Master of Arts in Global Development and Justice at Multnomah University) recently presented a paper on street children in The Institute for the Theology of Culture: New Wine, New Wineskins’ research seminar titled “Bimodal Mission: Advancement in Ministry with Street-living and Working Children” (taken from Missiology: An International Review, 41/3 (2013): 257-272). The terminology “Street Children” was coined to signify that children on the streets do not fit normalcy. What fits normalcy? Further to what was stated above, is “childhood” an essential reality, or is it a social construct? Is it a matter of both/and?

My colleague spoke of how he and his ministry in Latin America over the years approached “street children” as those who needed to be protected, even though they had lived prior to that time in very dangerous situations and survived. They had been participants/actors who were eventually treated paternalistically, when they were brought into the community and nurtured by the ministry. Greg has since learned to approach them missionally as those who have the capacity to shape life in significant and beautiful ways.

How we approach children raises important questions. Should we approach children from the vantage point of protection/paternalism or participation/partnership? Do children need to be protected as passive entities from exploitation or approached as significant actors who can effect constructive change? My colleague’s conclusion in the paper is both/and given the local context. In some cases, children will need to be protected, but in others they should be given space to lead and bring change.

We must take children seriously for various reasons, including their inquisitive spirits and willingness to risk. Inquisitiveness and willingness to risk often mark childhood. Now since that is the case, and since street children are social actors who step out and contribute to society, are they not truly children? What does that entail for children not on the street? If they are not social actors, but merely passive recipients who are entrenched in paternalistic nurturing environments, are we allowing them to be children fully?

What about the rest of us? If we lose our inquisitiveness and humility, but rather think we have arrived, what does that make us? If becoming adults entails the loss of inquisitiveness and humility, do we die when we reach adulthood? If we don’t become like little children, what are we? Remember that the Lord Jesus instructed us that we must become like little children to enter the kingdom of God (Matthew 18:1-5). If this is so, shouldn’t we be thinking, “When I grow up, I want to become a child?” An answer in the affirmative is not any old social construct; it is a kingdom construct of the first order. 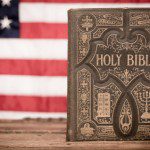 November 11, 2013
Reforming Our Understanding of Romans 13 on Immigration Reform
Next Post

November 15, 2013 Reconciliation Is More Than a Hugathon, Part 2
Recent Comments
0 | Leave a Comment
"Yes, we all ARE on Life Support. This planet has a system that recycles Oxygen, ..."
Kyllein MacKellerann Don’t Take Anything for Granted. We’re ..."
"LORD Jesus, heal Christopher. Amen."
Herrnhut The Resurrection Is More Than a ..."
"00"
Graeme Cooksley Jesus’ Victory Doesn’t End on Easter. ..."
"This article reminds me with my teacher who tells us (his students) to not smoke ..."
Jason Imanuelle Are You Smoking What You’re Selling?
Browse Our Archives
Related posts from Uncommon God, Common Good