Reconciliation Is More Than a Hugathon, Part 2 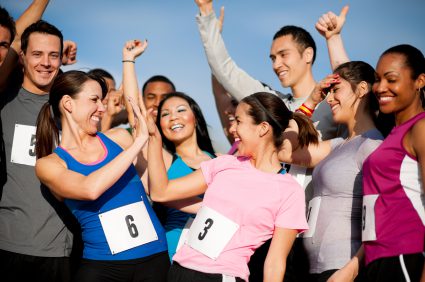 One of the questions I asked at the end of the post “Reconciliation Is More than a Hugathon” was, “What does racial repentance entail economically for individuals who have oppressed people of diverse ethnicities?” Answer: the same thing they should do toward those they have oppressed of their own ethnicity.

For example, Zacchaeus made amends for the wrongs he had committed toward individuals of his own people group—and with interest (See Luke 19:1-10). In Luke 3, John the Baptist tells his listeners that they must produce fruit worthy of repentance (Luke 3:8). In this context, all signs (fruit) of authentic repentance were economic in nature. Let’s put the point in context (Luke 3:7-14 ESV):

He [John the Baptist] said therefore to the crowds that came out to be baptized by him, “You brood of vipers! Who warned you to flee from the wrath to come? Bear fruits in keeping with repentance. And do not begin to say to yourselves, ‘We have Abraham as our father.’ For I tell you, God is able from these stones to raise up children for Abraham. Even now the axe is laid to the root of the trees. Every tree therefore that does not bear good fruit is cut down and thrown into the fire.”

Whether or not the tax collectors and soldiers in question had committed acts of economic injustice toward others in the past, John tells them not to do so now. John would not have told tax collectors and soldiers to refrain from economic injustices if their groups had not been known to oppress people and benefit financially from them. While the passage does not say that they must make amends for past sins of exploitation, we do know from the Zacchaeus account in Luke 19 that Jesus commends him for his voluntary and necessary act of making amends to those he has exploited: his action is a sign of his repentance which is bound up with Zacchaeus’ being reconciled to God; it is fruit that is the result of his repentance.

In Luke 3, we find that John the Baptist tells his listeners (likely of different people groups) that they must produce fruit that is worthy of repentance. Following John the Baptist, we should not exploit others; following Zacchaeus’ commendable example, we should pay back with interest those we have exploited. Here it is worth drawing attention to what the Lord Jesus says, as recorded in Luke 12:57-59: “And why do you not judge for yourselves what is right? As you go with your accuser before the magistrate, make an effort to settle with him on the way, lest he drag you to the judge, and the judge hand you over to the officer, and the officer put you in prison.I tell you, you will never get out until you have paid the very last penny.”

Now some might claim that Matthew 18:21-35 counters this passage. I beg to differ. Matthew 18:21-35 speaks of those who won’t forgive loans they have received, though they have been freed from paying larger loans. The text is not talking about being relieved from having to pay back someone he or she has exploited, but someone who owes him or her money (perhaps based on exploitation of the person in debt).

Righteousness and justice are the foundation of God’s throne (Psalm 89:14). They are not separate from one another. They involve one another.  In God, they are one. While paying back debts does not bring about payment for the penalty of our sins before God, and while we cannot earn our salvation, those who have been reconciled with God based on repentance of sins committed against God and bound up with faith in God and Christ’s finished work will be freed to make things right with those they have offended. Making right with others follows from being made right with God (While Paul speaks often (though not exclusively) of God’s righteousness in a declarative or legal sense bound up with our faith {see for example Romans 4}, the Synoptic Gospels speak often (though not exclusively) of social righteousness as required of God’s people who believe). God’s free grace frees us to open our hands and make economic amends with those of whatever ethnicity whom we have wronged. How free are we?

There are several more miles to travel on this marathon race that is more than a hugathon. Other questions I still intend to answer in future posts are as follows: How far can one take the Zacchaeus story to talk about corporate repentance involving economic reparations? How does the Zacchaeus story apply to people who might not directly “tax” and cheat individuals like Zacchaeus did, but who benefit economically in one way or another from such economic oppression? Future posts will address these questions. 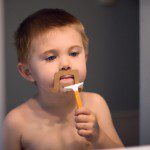